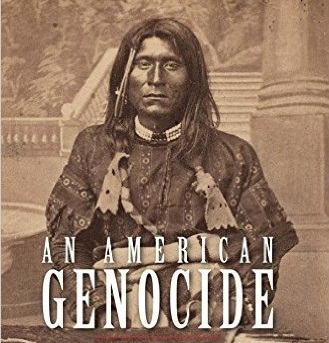 In case you missed anything…

Part I describes the first generation of Modoc people to contact European-Americans, and the slow war in the Klamath Basin that destroyed the Second Generation. The Ben Wright Massacre is analyzed.

Part II encapsulates the Third Generation’s great crisis and the process leading to the Treaty of 1864, the significance of the Oregon reservation system, and Keintpoos’ years off the reservation before the US Army intervened, concluding with the escalation of tensions into full-blown war. We celebrate Thanksgiving at the end of November: at that time in 1872, Modoc people were fighting US Army from natural trenches in fiercely cold weather.

Part III covers the Modoc War of 1872-1873 as experienced by over 20 Modoc people, President Grant, William Tecumseh Sherman, famous settler Lindsay Applegate, and others. It depicts the assassination of General Canby and the fall of the third generation since contact.

After the war’s conclusion, Keintpoos’ severed skull ended up in the Smithsonian. Brancho and Slolux spent life in prison at Alcatraz Island. Winema died in the Spanish Flu epidemic in 1920. And the Modoc people were halved, and one half was shipped to Oklahoma.

The Modoc who went to Lava Beds were collectively judged as prisoners of war, whether they were involved in hostilities during the War or not. A people of lakes, the Cascade Mountains and the high desert, these Modoc were punished by being transferred to eastern Oklahoma.

Article 7 of a 1994 draft of the United Nations Declaration on the Rights of Indigenous Peoples uses the phrase “cultural genocide” but does not define what it means.[4] The complete article reads as follows:

Indigenous peoples have the collective and individual right not to be subjected to ethnocide and cultural genocide, including prevention of and redress for:

(a) Any action which has the aim or effect of depriving them of their integrity as distinct peoples, or of their cultural values or ethnic identities;

(b) Any action which has the aim or effect of dispossessing them of their lands, territories or resources;

(c) Any form of population transfer which has the aim or effect of violating or undermining any of their rights;

(d) Any form of assimilation or integration by other cultures or ways of life imposed on them by legislative, administrative or other measures;

(e) Any form of propaganda directed against them.

The Modoc Tribe of Oklahoma explains how they ended up at Quapaw, and what happened to them there:

In Baxter Springs, Captain Wilkinson conferred with Hiram W. Jones, Indian Agent at the Quapaw Agency as to where to place the Modoc. It was decided to locate them on Eastern Shawnee land where they would be under the direct supervision of Agent Jones. But Jones’ Quapaw Agency was little prepared to care for 153 persons with little but loose blankets on their backs. With Scarfaced Charley in command and only one day’s help from three non-Indians, the Modoc built their own temporary wood barracks two hundred yards from the agency headquarters. Some were housed in tents. These accommodations were to be their home until June of 1874 when 4,000 acres were purchased for them from the Eastern Shawnee

…Captain Wilkinson remained with his charges until the second week in December. When he left the agency, he reported to the Commissioner of Indian Affairs, “on the cars, in the old hotel used for them at Baxter, I found them uniformly obedient, ready to work, cheerful in compliance with police regulations, and with each day providing over and over that they only required just treatment, executed with firmness and kindness to make them a singularly reliable people.”

Despite their industriousness, poverty and material loss would continue to plague the people:

Agent Jones also found he had no difficulty enforcing the strictest discipline, although one small area of friction had developed. This was the habit of some of the Modoc in gambling, resulting in some instances in losing what few possessions they had. When Scarfaced Charley, who had replaced Captain Jack [Keintpoos] as chief, refused to interfere, Jones appointed Bogus Charley as chief. He remained chief until 1880 when formal Modoc tribal government in Oklahoma came to an end for almost 100 years.

More on the dissolution of the legal tribe in a bit. For now, the hard times after arrival:

The first years following removal to Indian Territory were difficult ones for the Modoc. They suffered much sickness and many hardships due to the corrupt and cruel administration of Agent Jones. During the first winter at the Quapaw Agency, there were no government funds available for food, clothing, or medical supplies. It would be almost a year after removal that funds in the amount of $15,000 were received for their needs.

The death rate was especially high among the children and the aged. By 1879, after six years at the Quapaw Agency, 54 deaths had reduced the Modoc population to 99. By the time of the Modoc allotment in 1891, there were only 68 left to receive allotments, and many of them had been born after removal. Had it not been for the gifts of money and clothing from charitable organizations in the east, General William Tecumseh Sherman’s wish not to leave a Modoc man, woman, or child alive so the name Modoc would cease, would have become a reality.

If you do a search of ‘Oregon’ in this Quapaw Agency Census from 1900, you will find some of the surviving Modoc. Modoc people are the only tribe of which I’m aware that were ever shipped to Oklahoma from far west.  Their race is indicated as “In” for Indian. Jennie Clinton, or Stimitchuas, is one of the individuals listed. It is believed that she died at age 89 in 1950, but it’s possible she was born earlier than 1861. (She was of the fourth generation after contact, having some pre-reservation and war memories but ultimately spending her adulthood in the reservation system.)

It Was the Assimilation Era

With first Americans no longer free to roam the country, European-Americans thought that the plight of Indians would be alleviated, and with that alleviation, the Indian problem for European-Americans would be solved, by educating and acculturating Indians to Western life.  Quakers had already established a Quapaw boarding school in 1871, 2 years before Modoc arrival. The school was miles to the northwest of the agency.  Isolated from their families, children would forcibly have their hair cut by missionaries, wear European-American schoolchildren garb, and become literate and converted Christians by the missionaries forbidding their language, Klamath-Modoc.

Modoc people at both the Quapaw Agency, Oklahoma and Oregon reservations displayed a strong interest in education and literacy.  In 1879, Modoc people built a church and school on the Modoc Reservation at Quapaw. Later, Modoc children attended the Carlisle School, the notorious string of Indian boarding schools, in Kansas. The families that sent children there included the Hoods, Hoover, Balls and McCartys. Schonchin John’s stepson Adam McCarty died at Carlisle, and Modoc stopped sending their children to Carlisle.

After the war, the third generation since contact passed into elderhood–if they weren’t already butchered or executed. Modoc War leader Steamboat Frank became the first Indian to become an ordained Quaker.  He died in Portland, Maine in the 1890s. The Fourth Generation became the establishment.  The Fifth Generation grew up speaking English.

In 1887, the Dawes Act changed American Indian life forever. Among the most significant changes, reservation land was broken up into patrilineal, owned parcels. This change furthered the loss of Indian land that began with the early treaties and reservations.

The plains itself had been established as a vast reservation for tribes from the midwest, south and east. But once tapping aquifers like Oglalla and cattle ranching became feasible (Chicago boomed as an inland rail-port) Indians were further reduced to the Indian Territory–Oklahoma.  But now even Indian Territory was wanted, and especially its natural resources.  Statehood for Oklahoma would mean breaking the power of Indian tribes.

Dawes opened a can of worms that, for the Modoc Tribe of Oklahoma, would spiral into a loss of sovereignty and environmental degradation.  An amendment to Dawes, the Curtis Act of 1898, ended the authority of tribal courts and the tribal governments themselves in Oklahoma. (Charles Curtis himself was a Republican congressman of Osage descent, who wanted education, assimilation and opportunity for Indians through his bill, which was later botched by various committees.)  Although Oklahoma’s natural resource history is most associated with its oil-boom perhaps, in the Quapaw area, rich deposits of zinc and lead allowed for a mining boom. Multiple Indian tribes leased out their land. Today, Quapaw area residents contend with a superfund site from those mines and the environmental costs that entails.

In 1909, the US government permitted Oklahoma Modoc to return to Oregon. Twenty-nine did so. Jennie Clinton was among them; she would then divorce and live until 1950 in a cabin on Oregon’s Williamson River.  The remaining forebears of the Modoc Tribe of Oklahoma were (and still are) the smallest group of American Indian people in the region.

This is how the Third and Fourth Generations lived and died in Oklahoma.

Subsequent generations of Modoc history will be described in upcoming diaries.