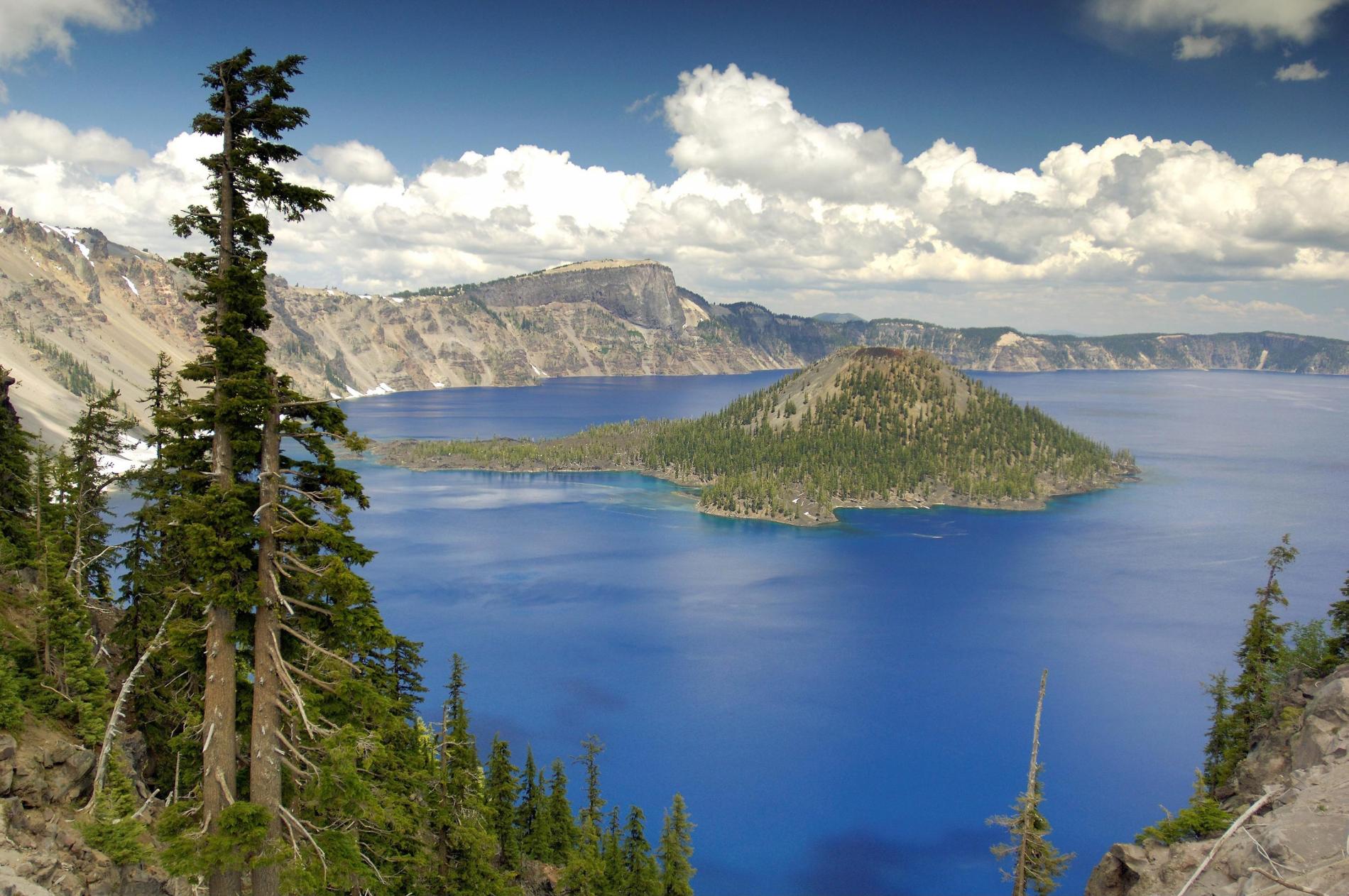 p>The etymology of Oregon begins in 1765 with a petition to the British King regarding Ouragon, the mythical River of the West. According to the petition, Ouragon was the name given by the Indians to this great river. By 1778, the spelling had shifted to Oregon. While the 1765 petition seems to imply that Oregon has its origins in a Native American language, there are others who feel that its roots are in French (“ouragan” which means “windstorm” or “hurricane”) or in Portuguese (“Aure il agua” meaning “hear the waters.”)

When the Europeans first began their invasion of Oregon, it was occupied by many different Indian nations with different languages and histories. Part of Oregon’s Indian heritage can be seen in some of the place names in the state.

Champoag: known in Oregon histories as the “Birthplace of Oregon Government,” the Hudson’s Bay Company established a trading post at this location in 1821 because it was a part of the Kalapooian Indian territory and it was a place where Indians gathered to trade. The name “Champoag,” according to some sources, comes from Cham-poo-ick which was the name for some type of unidentified edible plant.

Clatskanie: this town is named for the Klatskani Indian tribe (also spelled Klats-kani, Tlatskani, Klaatshan, and Klatsskanine), an Athabaskan-speaking group related to other Athabaskan groups on the Northwest Coast such as the Haida, Tlingit, Eyat, Tututni, and others. In 1851, the tribe signed a treaty with the United States in which they ceded their land to the United States. In exchange, they were to be paid in goods and service. The U.S. Senate, however, did not ratify the treaty and so tribal members were never paid even though the U.S. assumed title to their lands.

Imnaha: this community is named after the Nez Perce chief Imna and the name means “land where the Imna lives.”

Klamath Falls: this community is named after the Klamath Indian tribe, who are linguistically related to the Modoc. They called themselves Eukshikni which means “people of the lake.”

Molalla: this community is named after the Molalla (also spelled Molala) Indian tribe. Some people feel that the name means “deer berries.”

Necanicum: this community started off as Ahlers in 1896, then changed its name to Push and then to Necanicum. The name may come from Ne-hay-ne-hum which describes an Indian lodge.

Neskowin: this was the aboriginal home of the Nestucca band of Tillamook Indians. When the first American settlers moved into the area in the 1880s, they often used wood for their homes which had been stolen from the Nestucca burial canoes. The bones in the canoes were simply dumped on the ground.

Netarts: By 1400 CE, archaeological findings show that the Tillamook Indians were inhabiting the Netarts area. The Tillamook called the area Ne-Ta-At which then became Netarts.

Scappoose: the Chinook used Scappoose Plains area for their potlatches. The Hudson’s Bay Company moved into the area in 1828 looking for land for their livestock. Scappoose supposedly means “gravelly plains.”

Siletz: the Siletz Indian Reservation was established in 1856 as the new home for 26 bands of Indians. The traditional territories of the bands were being invaded by gold miners and the government wanted the Indians out of the way of the miners. There are two possible origins for the designation “Siletz.” Some people feel that the name comes from a Rogue River Indian word, “silis” which means “black bear.” Another source says that “Siletz” comes from “Se-La-Gees” meaning “crooked rope” which refers to the many bends in the river.

Tillamook: this community is named for the Tillamook Indian tribe, a Salish-speaking group related to the Nehalem, Netucca, and Siletz. The name means “land of many waters.”

Umatilla: this community is named for the Umatilla Indian tribe, a Sahaptian-speaking groups related to the Celilo and Tenino-Tygh. There are some reports that indicate the name means “water rippling over sand.”

Yachats: the Alsea Indians, a Penutian-speaking group, had lived in this area for thousands of years. In Alsea “ya” refers to “water” and a number of possible meanings for Yachats have been advanced: “silent waters,” “little river with the big mouth,” “dark water between the timbered hills,” and many others.

Yoncalla: this community is named for the Yoncalla Indian tribe, a Salish-speaking group, linguistically related to the Alsea, Cathlamet, Chinook, Clackamas, Clatsop, Coos, Hanis, Kalapyan, Kiksht, Miluk, Multnomah, and others.