The aboriginal homeland of the Kalispel (“Camas People”) was in the camas-rich area around Calispell Lake and the Pend Oreille River in what is now eastern Washington. Their homeland was heavily forested and mountainous with interspersed meadows. Their lifestyle prior to the coming of the horse was centered on the river. Their traditional territory followed the rivers into what is now northern Idaho and western Montana. 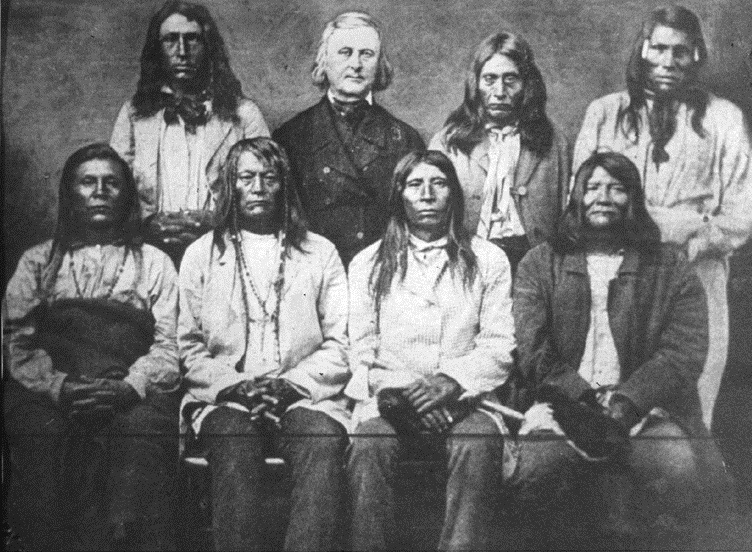 Prior to the coming of the horse, the people would spend the winter in camps along the Pend Oreille River. When the snow disappeared in the Spring, the families would separate and move to areas where they had the rights to fish and hunt. In June, the camas would be ripe and the families would come back together at the camas fields. Following the camas harvest in July, the people would once again focus their attention on hunting, fishing, and the gathering of other wild plant foods. When the snows began, the bands would reassemble at their winter camps along the river where the snowfall was lighter and the temperatures somewhat milder.

Fishing was an important economic activity and the fish were harvested with fish traps, weirs, and spearing platforms. While most of these were individually owned, there were also large weir sites which were tribally owned. The fish harvested from the tribal weirs would be communally distributed. It has been estimated that about two-thirds of the fish harvested by the Kalispel came from weirs.

As a river people, water transport was important. The Kalispel made and used several different kinds of canoes, including both dugouts (that is, made from a single log that had been hollowed out) and bark canoes (a frame covered with bark).

With regard to hunting, mule deer and whitetail deer were the most important game animals. While deer were hunted throughout the year, most were harvested in the winter. During the winter, hunters using snowshoes would hunt deer with bows and arrows. In the deep snow, the hunters would often have more mobility than the deer.

While camas was the most important plant food, the Kalispel also gathered Indian potato, cattail roots, wild garlic, wild celery, wild carrot, Easter lily, and bitterroot. A wide variety of berries were also harvested. Berry harvesting was generally regarded as the exclusive domain of the women.

As with other Plateau Indian tribes, the Kalispel were not a single political or social unit. The tribe was composed of independent villages or bands which were united by a common culture, including a common language (Salish). There was no overall “chief” or group of “chiefs.” Each village had its own leaders and leadership was not hereditary, but was based on leadership skills. Leaders exerted power through their ability to persuade. The council of adults who made decisions included women.

With regard to language, the Kalispel language is a part of the larger Salish language family and is most closely related to Cheweleh, Spokan, Pend d’Oreille, and Flathead.

The horse was brought to the Americans by the Spanish colonists in New Mexico. Following the Pueblo Revolt of 1680, the horse began to spread northward and was introduced to the Plateau tribes by the Shoshone between 1710 and 1740. The arrival of the horse brought dramatic changes to Kalispel culture.

First of all, the horse enabled the Kalispel to leave their homelands in eastern Washington and travel across the Rocky Mountains to hunt buffalo on the Great Plains. With the horse, some families would leave for the Plains in mid-July, hunt for three or four weeks, and then return home. This brought them into contact with the Blackfoot who resented their intrusion into Blackfoot hunting grounds.

Using the horse and hunting buffalo on the Plains, a number of Plains cultural elements were acquired in the Plateau. These Plains cultural elements included the use of the tipi and the travois, the custom of war honors dances, beaded dresses, feather warbonnets, and the idea of electing chiefs because of their skill as warriors. Warfare became more common: prior to the acquisition of the horse warfare had been almost nonexistent among the Plateau tribes.