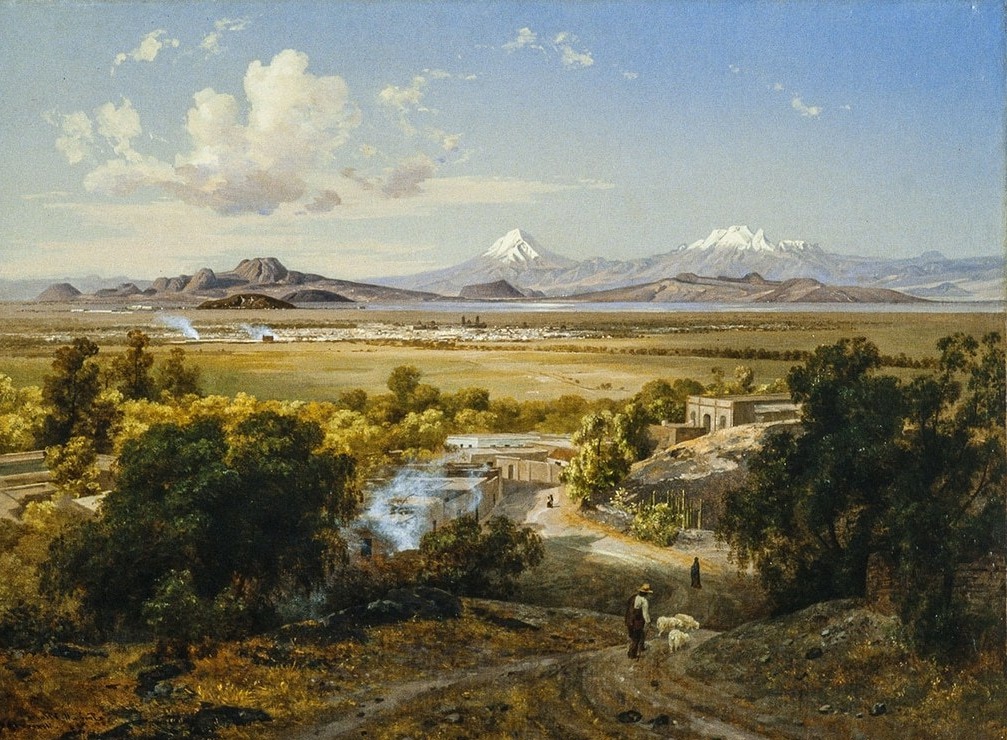 For most people the mention of ancient Mexico brings up images of the Aztecs, the Mayas, and perhaps the ancient city of Teotihucán. Ancient Mexico, however, also includes some sites which are much older than these and which are not tourist attractions. One of these is Tlatilco in the Valley of Mexico.

For today’s archaeologically-oriented tourist, accustomed to the great ruins of places like Chichén Itzá, Tlatilco is more than a disappointment. In their book Mexico: From the Olmecs to the Aztecs, archaeologists Michael Coe and Rex Koontz write:  “The visitor to the site today will find nothing but a series of huge holes in the ground, surrounded by factories. In actuality, only a tiny fraction of Tlatilco was ever cleared under scientific conditions.”

Like most archaeological sites around the world, the initial excavations weren’t done by archaeologists. The original excavations at the site, started in 1936, were done by workers who were digging for clay to be used in the making of bricks. In 1942, Miguel Covarrubias led the first scientific excavation at the site.

The archaeological record shows that Tlatilco was settled by about 1300 BCE. It might be described as a large village or a small town that spread over an area of about 160 acres. Its location on a small stream near Lake Teycoc provided its residents with easy access to fishing as well as to the waterfowl attracted to the lake. In addition, the refuse at the site show that the residents hunted and consumed deer.

With regard to time period, the era from 1300 to 400 BCE (2000 BCE to 200 CE according to some sources) is generally classified as the Formative or Pre-classic period in Mesoamerica.

One of the features of the site is the presence of underground, bell-shaped pits. While the archaeologists found these filled with rubbish—ashes, fragments of pottery and figurines, animal bones—they originally served for the storage of grain.

Clay, in addition to being used to make bricks, can also be used for making pottery. In their Encyclopedia of Ancient Mesoamerica, Margaret Bunson and Stephen Bunson report:  “The ceramics of Tlatilco are advanced, and zone rocker stamps (tools for making indented designs) were used.”

At Tlatilco, the ancient potters’ art shows many animals: armadillo, wild turkey, frogs, bears, rabbits, opossum, fish, turtles, and ducks. The Tlatilco potters made two kinds of figurines. One of these was large, hollow, and painted red. The smaller figurines were usually solid. Both male and female figurines were made. Michael Coe and Rex Koontz report:  “What an extraordinary glimpse of the Pre-classic aristocrats is provided in their figurines! We see women affectionately carrying children or dogs; dancers, some with rattles around the legs; acrobats and contortionists; and matrimonial couples on couches.”

One of the features of ancient Mexican cultures is the ball game. While archaeologists have not found a ball court at Tlatilco, the figurines show players wearing the traditional protections for the game which suggests that they may have had the ballgame.

Burials provide archaeologists with a great deal of important information about ancient societies. At Tlatilco archaeologists uncovered about 340 burials which were accompanied by offerings, especially the clay figurines. Some of the burial goods, such as marine shells, iron-ore mirrors, and pearl oyster pendants show that long-distance trade was being carried out. The burial of luxury items with children suggests that Tlatilco had a hereditary class system and inherited social inequality.

Margaret Bunson and Stephen Bunson summarize Tlatilco this way:  “Tlatilco is an important archaeological site because its finds demonstrate advances in ceramics during the Early Formative Period.”

Ancient America: Texas Prior to 5000 BCE