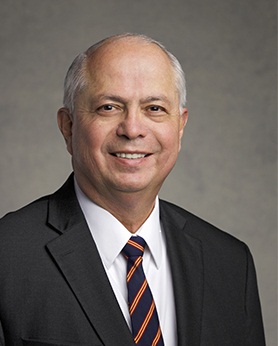 We were disappointed and surprised to read a recent statement by Scott Crowell criticizing Larry EchoHawk as a possible choice for the next Assistant Secretary of Indian Affairs. Mr. Crowell formerly represented the Shoshone-Bannock Tribes on gaming matters but no longer represents the Tribes, and he does not speak for the Tribes. His statement contains a number of factual and legal misstatements that need to be corrected. To be clear, the Shoshone-Bannock Tribes fully support Larry EchoHawk and have full confidence in his strong commitment to Tribal sovereignty and Indian interests, including economic development through gaming enterprises.

Larry began representing the Shoshone-Bannock Tribes in 1977 and served for nearly nine years as the Tribes’ chief general legal counsel. At that time, he was one of the first ever Native American lawyers entrusted with the responsibility as the primary attorney for a large Indian tribe. He provided diligent and faithful service during these years. During his time as Tribal Attorney, he also served two terms in the Idaho legislature and worked hand-in-hand with Tribal leaders in Idaho to advance tribal interests. It was during his time in the legislature that positive laws respecting tribal sovereignty were passed for the first time in Idaho history, and Larry played a significant role in their passage. These laws include the State-Tribal Relations Act, the Tribal tobacco sales tax exemption, the Indian Antiquities and Burial Site Protection Act, and the amendment to the State Joint Powers Act to authorize state agencies to enter into agreements with Tribal governments, to name a few. Much of this was brought about due to Larry’s efforts to help create a State Indian Affairs Committee.

He ended his position as the Tribes’ general legal counsel in 1986 on good terms with the Tribes to become the prosecuting attorney for Bannock County, Idaho’s fourth largest county that borders the Fort Hall Reservation. While he served as prosecutor, he demonstrated a continual respect for tribal sovereignty and jurisdiction by deferring cases to the Tribes that could have been prosecuted under Public 280. In 1990 he was elected as Idaho’s Attorney General, and became the first Native American in United States history to be elected to a state-wide constitutional political office. As Attorney General, he supported legislation and efforts to protect native religious freedoms, salmon treaty fishing rights, and other legal matters impacting tribal sovereignty. While Attorney General, Larry also lead efforts to improve state-tribal relations through the Conference of Western Attorneys General.

In response to Mr. Crowell’s statement on Larry EchoHawk’s position relating to Indian gaming, the record should be clear that Larry EchoHawk supports the Indian Gaming Regulatory Act and recognizes that it is the responsibility of the Assistant Secretary to faithfully execute the law. The EchoHawk law firm, which includes Larry’s sons Paul EchoHawk and Mark EchoHawk, has provided nearly ten years of legal services to the Shoshone-Bannock Tribes, and continue to provide excellent legal services. They have worked on a number of important issues for the Tribes, including gaming matters. Specifically, Mark EchoHawk recently served for six months as the Interim Executive Director for the Fort Hall Casino. We are confident that Larry’s possible service as Assistant Secretary would be beneficial to Tribal interests, including the continued development of Indian gaming enterprises.

Mr. Crowell’s statement misstates the law and facts related to Larry EchoHawk’s role in the 1992 Idaho constitutional amendment. First, Crowell wrongly stated that Larry called the special legislative session. In fact, only the Governor has the authority to call a special legislative session in Idaho. Idaho Const. Art. IV, Sec. 9. The determination to call a special session in 1992 was made by the governor alone. Crowell’s statement also is misleading in that it suggests that Larry personally supported restricting Indian gaming or had a policy-making role in the matter. Both of these suggestions are false and misleading. The fact is that the state attorney general is the chief legal officer for the state and is charged with specific legal duties as directed by the Idaho law. See Idaho Code 67-1401. The law is clear that the state attorney general has the primary obligation to enforce state laws and cannot act as a litigant or exercise any broader power than that granted by the constitution and legislature. The attorney general is required to take an oath that they will “support the Constitution of the United States, and Constitution of the State of Idaho, and that [they] will faithfully discharge the duties of attorney general to the best of [their] ability.” This includes an obligation to perform all legal services for the state and to represent the state in all tribunals and provide unbiased legal advice to the legislature and governor when requested. The attorney general is not a lawmaker or a policy maker. Although Larry EchoHawk clearly has a long and proven track record of advancing tribal sovereignty, his legal and ethical duty as Idaho’s attorney general was to provide legal advice to the governor and legislature. He did this according to his oath of office, and he did not advocate against Indian gaming specifically at any time. Contrary to Mr. Crowell’s statement, Larry EchoHawk’s law firm has provided years of exceptional legal services to the Shoshone-Bannock Tribes, including work to further advance the Tribes’ profitable gaming interests. It is simply unfair and disingenuous to suggest that performing his duty as attorney general shows a lack of commitment to Indian interests and tribal sovereignty in the face of Larry’s long and distinguished career working for Indian people.

In sum, we are proud to hear of Larry EchoHawk’s possible appointment as the next Assistant Secretary of Indian Affairs. We are confident that he will do an outstanding job in continuing his efforts to advance Tribal sovereignty and economic self-sufficiency. We urge Tribal leaders to join us in supporting Larry for this important position for Indian Country.