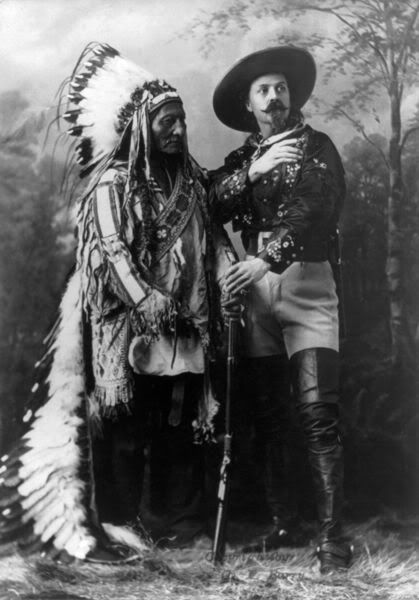 Today, the Illinois Indians are known primarily as the Indian nation whose name is used for both a state and a river. Their aboriginal territory was extensive and was situated south of the Great Lakes and east of the Mississippi River. The southern border of their territory was on the Ohio River and the northern border in southern Wisconsin. Anthropologists today sometimes refer to the Illinois as Woodland Algonquians or as Prairie Algonquians.

The Illinois (or Illini) were a confederacy of Algonquian-speaking groups which included the Kaskaskia, Maroa, Tamaroa, Tapouaro, Coiracoentanon, Moingwena, Espeminkia, Chinkoa, Chepoussa, Kahoki (Cahokia), Michigami (Michigamae), Wea, Piankashaw, Peoria, Mascouten, and Miami. According to sociologist Russell Thornton in his book American Indian Holocaust and Survival: A Population History Since 1492:

“In aggregate, they were one of the largest American Indian groups in the Central United States area at the time of the first European contacts.”

Thornton estimates their population in 1670 at 10,500. These tribes, however, were not politically organized like the Iroquois Confederacy.

With regard to language, the Illinois dialects belong to the large Algonquian language family and more specifically to the Central Algonquian sub-family which includes Shawnee, Sauk, Fox, Kickapoo, Menominee, Potawatomi, Ojibwa, Cree, Montegnais, and Naskapi.

With regard to settlements, Carl Waldman, in his Encyclopedia of Native American Tribes, reports:

“They had villages in the wooded river valleys where there was a good supply of drinking water and shelter from the wind and sun. And, in the forests, there abound abundant materials for making things: plenty of wood and bark for shaping houses, boats, tools, and weapons; and for fuel to keep warm in the bitter winters.”

John White, in his entry on the Illinois in the Encyclopedia of North American Indians, reports:

“Their villages were quite large and were located along major rivers, where the people could utilize their large dugout canoes (misuri is the Illinois word for ‘canoe’).”

Among the Algonquian-speaking people of this area, farming was of secondary economic importance (hunting and gathering were of greater importance) and contributed less than half of their food. As with the other Indian farmers of the Northeast, they raised corn, beans, tobacco, and squash. The reduced importance of agriculture was due largely to climatic conditions. Throughout much of the region, the 140 growing-day season made agriculture a risky endeavor. A later spring or an early fall meant that crop failures were a constant possibility. There are, however, microclimates along the Great Lakes which offer more suitable conditions for agriculture and offer a slightly longer growing period.

The Illinois women would plant corn about the first of May and then harvest their first crop at the end of July. There was usually a second harvest in August. In addition to corn, the Illinois also planted beans, squash, and watermelons.

Hunting was an important economic activity and hunting territories were allocated to specific families. While these families did not own the land in the European sense of land ownership, they did have the exclusive hunting rights for a specific area. Game taken by a hunter was generally shared freely among all in the camp or village, including strangers. The purpose of hunting was to feed the people, not just the hunter and the hunter’s immediate family.

Deer and moose were important food sources. Deer was sometimes hunted by a group of hunters using dogs to drive the deer into a V formed by chopped down trees. Sometimes deer were hunted at night when they came to the stream or lake for water. In hunting at night a jacklight was used: this was a torch on a platform in the front of a canoe. The light would cause the deer to pause, momentarily attracted to the light.

In June, after the corn had been hilled, the Illinois would leave their villages for a communal buffalo hunt that would last for six weeks. Young men would surround the buffalo herd on foot and then drive the animals into an ambush. Carl Waldman reports:

“A proven method was to surround a herd with a ring of fire, then, while the animals were trapped, pick them off with bows and arrows.”

Among the Illinois, a man could not marry until he had proven his hunting ability. In addition, he had to accompany several war parties before marriage.

Among the Illinois, boys who showed a preference for implements used by women would be dressed as girls. As adults, these berdaches or Two-Spirits would imitate women in every respect. The berdaches were also respected at major rituals where their advice was highly valued. In war, the berdache would use a club rather than a bow and arrow.

Among the Algonquian people, warfare consisted of raids carried out by relatively small raiding parties. There were two primary reasons for these raids: (1) to avenge a slain member of the tribe, and (2) to gain personal war honors. Warfare tended to be seasonal (war parties did not usually go out during the late fall, winter, and early spring as these were prime hunting times) and carried out at a leisurely pace. The battles were usually very short.

Among the Illinois, warfare was generally against tribes living west of the Mississippi and war parties tended to be small. Charles Callender, in his entry on the Illinois in the Handbook of North American Indians, reports:

“Each raid was led by a recognized war leader, who invited his followers to a good feast before leaving the village at night. A successful raid was carried out without loses.”

If a member of the war party was killed, the leader would have to compensate the family for the death and then lead another raid to avenge the death. A war leader’s career would usually be ended if there were two unsuccessful war parties.

Among the Illinois, as among other Algonquian-speaking tribes, visions were of great importance as visions provide individuals with the guardian spirit or tutelary spirit who will guide them for the rest of their lives. One of the important roles of the guardian or tutelary spirit was to provide cooperation in hunting. Hunting dreams came to both men and women. This spirit can also provide the individual with the ability to make prophesies and/or the power to cure.

American Indians, Media, and Entertainment in 1916