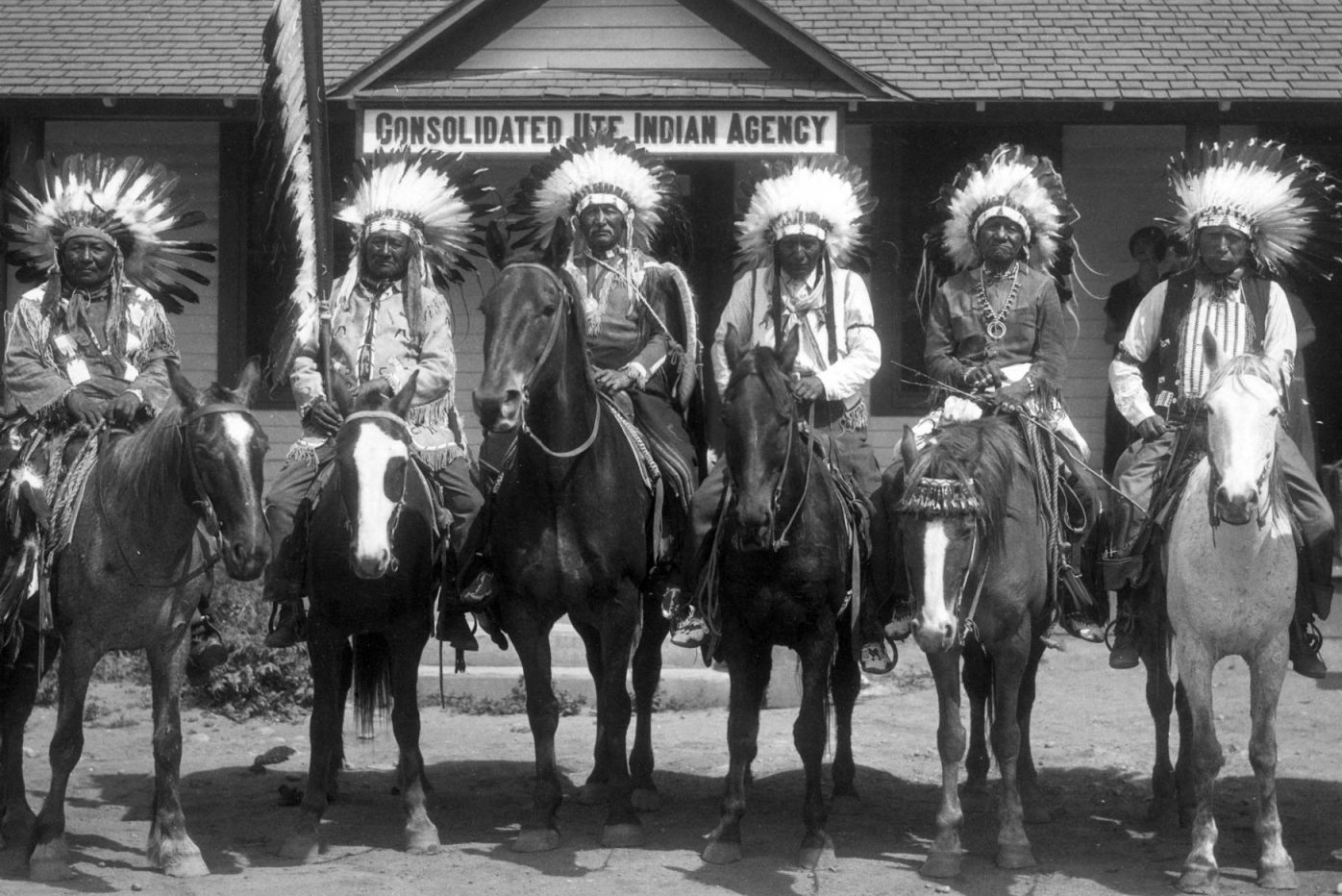 As with other Great Basin peoples, the Utes perceived all physical features and elements of the world as being spiritually alive. These spiritual beings have a power which controls the world and thus impacted the fate of human beings. Spirituality was based in large part on the acquisition of power through visions and dreams.

Rituals and ceremonies often focused on curing ceremonies to help the people maintain life, strength, and mobility. Among the Southern Ute, healing powers were received by shamans, usually men, through dreams. According to Robert McPherson and Mary Jane Yazzie, in their essay in A History of Utah’s American Indians:

“The dreams gave secret information concerning power within animals, plants, and natural elements that the shaman could invoke for good.”

There were also rites of passage—ceremonies to mark events such as birth, puberty, and death.

The Ute often used stone circles as a part of their ceremonies. In his essay on the Northern Utes in A History of Utah’s American Indians, Clifford Duncan reports:

“These stone circles are individual ritual sites and are still considered sacred today.”

Among the Southern Ute, there are supernatural powers associated with the land. Spiritual leaders for each band would go to specific “power points” to leave offerings and to ask for help on behalf of the band. Robert McPherson and Mary Jane Yazzie write:

“The location of specific power sites is not general knowledge and should be discussed only with those who have a need to know.”

Among the Ute, the sweat lodge ceremony is perhaps the oldest of all ceremonies. Traditionally it was a ceremony for the medicine men. However, during the twentieth century it evolved into a separate ceremony with more participants. The ceremony is conducted in a dome-shaped structure formed from curved boughs and covered with hides, blankets, canvas, or other material. Within the lodge, a number of fire-heated rocks provide heat, and water is sprinkled on these to create an intense steam. Traditional Ute songs are used to bring about spiritual enlightenment, purification, and rejuvenation.

One of the important aspects of Ute spirituality which is expressed ceremonially, is veneration of the bear. Anthropologist Bertha Dutton, in her book The Ranchería, Ute, and Southern Paiute Peoples: Indians of the American Southwest, reports:

“The bear is regarded as the wisest of animals and the bravest of all except the mountain lion; he is thought to possess wonderful magic power. Feeling that the bears are fully aware of the relationship existing between themselves and the Ute, their ceremony of the bear dance assists in strengthening this friendship.”

The Bear Dance is performed in the Spring. During the 10-day ceremony, a group of men play musical rasps (notched and unnotched sticks) to charm the dancers and propitiate bears. According to oral tradition, this dance was given to the Ute by a bear.

The circular dance area represents a bear cave with an opening to the south or southeast. Traditionally, the dance area was enclosed with timbers and pine boughs to a height of about seven feet.

“Bear Dance is a rebirth, an awakening of the spirit. It’s a time of awareness. You come to learn from the past in order to arrive at the present with an understanding of the harmony of things.”

Historian Richard Young, in his book The Ute Indians of Colorado in the Twentieth Century, describes the Bear Dance this way:

“Probably the oldest of the Ute Dances, the Bear Dance was a festive, social dance that had always been held in the spring before winter camps disbanded and family groups went their separate ways in search of food.”

The Sun Dance spread into the Great Basin from the Plains after 1800. Most of the groups who adopted the Sun Dance did so after they were moved to reservations. The focus of the Sun Dance was on healing and community well-being. Writing about the Ute on the Uintah Valley Reservation, attorney Parker Nielson, in his book The Dispossessed: Cultural Genocide of the Mixed Blood Utes, reports:

“Adapted from other Indian groups, the ‘thirsty dance’ went on for three to four days, without food or water, for the health, well-being, and solidarity of the collective group.”

With regard to the Southern Ute, historian Richard Young writes:

“the main focus of the dance is the acquisition of power, both spiritual power and physical good health, for the individual dancers as well as for the tribe as a whole.”

A Short Overview of the Ute Indians