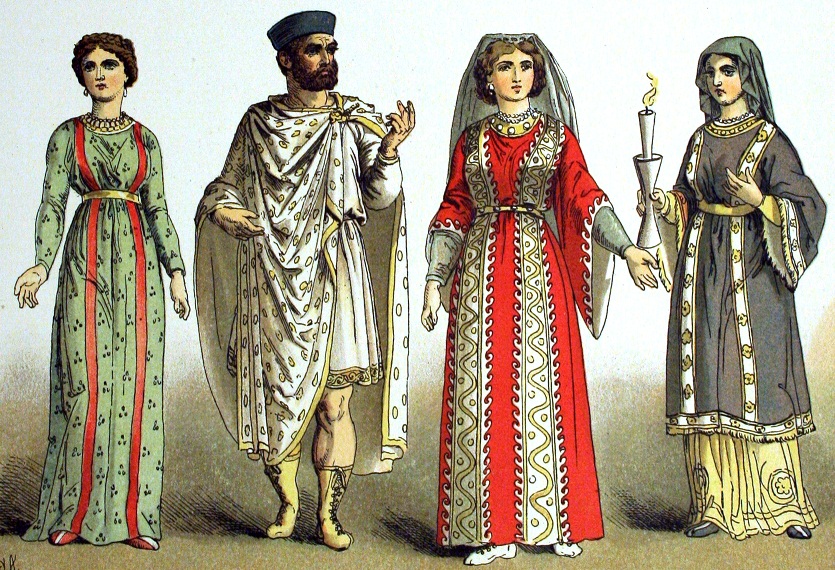 On a number of occasions during the 18th century, English colonists took Indian leaders-termed as “chiefs” or as “kings”-to England where they would tour the country and meet with English royalty. The purpose of the visits was generally to impress the Indians with the great military, economic, and religious power of the British empire, and to use the Indians as a way of gaining more royal support for the fledgling colonies.

In 1710, a formal Indian delegation of three Mohawk leaders and one Mahican leader visited England. The Mohawk Nation was a part of the Iroquois Confederacy. The delegation, which was called the “Four Kings” by both the English and the colonists, had been assembled by New England colonists who wished to persuade Queen Anne to support the colonial plans for an invasion of New France. In London, the Four Kings enjoyed a round of social and diplomatic festivities normally bestowed on foreign potentates. The visit cemented a strong friendship between England and the Iroquois Confederacy.

In their meeting with the Queen, the Four Kings asked for assistance. The four chiefs had been well coached by their patrons and told Queen Anne that the capture of Canada would bring England important economic benefits. If Canada were British, then the Mohawk nation would then be able to conduct trade on behalf of the empire. They also asked for Church of England missionaries and presented the Queen with several belts of wampum.

After the Four Kings return to New York, the English were able to construct Fort Hunter in Mohawk territory. A wooden chapel was built within the fort and Queen Anne gave it a set of communion plates. The building of the chapel marked an intensification of Protestant missionary activity in the region.

In 1730, seven Cherokee chiefs- Attakullakulla, Ookounaka, Ketagusta, Tathtiowie, Clogittah, Collanah, and Ounakannowie–were sent by the English Crown on an educational trip to England. They were wined and dined at fashionable spots in London, had their portraits painted, and were followed around town by curious crowds.

According to popular reports on their visit with the King, Ookounaka was supposed to have said: “We look upon the Great King George as the Sun, and as our father, and upon ourselves as his children. For though we are red, and you are white yet our hands and hearts are joined together.” However, the Cherokee see the Sun not as male, but as female and thus it would have been highly unlikely of any Cherokee to have made this statement. Secondly, the idea of categorizing people according to perceived skin color was totally alien to the Cherokee thus invalidating the accuracy of the second part of the quote.

The trip concluded with the signing of a treaty between the Cherokee Nation and the English. Under the treaty the Cherokee were to fight for the British; they were to keep the trading path clean; they were  to return runaway slaves; and they were to give up any Indian who kills an Englishman.

Four years later, several Yamacraw from Georgia travelled to England. The group included Yamacraw leader Tomochichi and his wife Senauki. In London, they met King George II, who held court from his throne and promised friendship between their peoples. Not to be outdone by Queen Anne’s royal treatment of the ‘four Indian kings’ two decades earlier, King George II offers the delegation the use of one of his carriages.

Senauki, the only woman in the group, wore conventional English clothing of a tightly laced jacket and a long petticoat, both of solid pink. However, she wore her hair in traditional native fashion. Toonahowi, Tomochichi’s nephew and heir, dressed more like a young, wealthy squire than an Indian leader. In wearing English-style clothing, Senauki and Toonahowi demonstrated their knowledge of the customary English traditions and their willingness to adapt to the present circumstances to further their overall objectives.

In his negotiations with the English, Tomochichi explained how traders had cheated the Indians through price gouging and asked for fairness in trade. The Indians knew that the English traders took advantage of them, and they wanted something better.

In 1735, without official sponsorship, Mahomet traveled to England where he identified himself to the king as the chief sachem of the Mohegan. He asked the king for protection against the injuries and wrongs which the English colonists had committed against his people. While Mahomet died in England, the king granted a commission to look into the situation.

Not all of the trips to England to meet with royalty were successful. In 1762, three Cherokee chiefs-Ostenaco, Stalking Turkey, and Pouting Pigeon-expressed a desire to meet King George III of England. They were taken to England where it took several weeks for the Cherokee to get an audience with the king. During the wait, the bored chiefs spent much of their time drinking. This resulted in some disagreeable incidents. They were also taken on sightseeing tours and exhibited to the public. Overall, the trip was unsatisfactory for everyone involved.

Not all of the trips involved meetings with the British monarch and not all of the trips were undertaken by acknowledged Indian leaders. In 1764, two young Mohawk men-Sychnecta (called Hermanus by the English) and Trosoghroga (called Joseph by the English)-were taken to England by a New York City merchant. The motivation for the trip was not clear to either the Mohawk or the colonial authorities. Once in England, the merchant put on a public exhibition of the Mohawks at the Sun Tavern and charged an admission to see them. In response, the British House of Lords passed two resolutions: “Resolved, 1. That the bringing from America of any of the Indians who are under his Majesty’s protection, without proper authority for so doing may tend to give great dissatisfaction to the Indian nations, and be of dangerous consequence to his Majesty’s subjects residing in the colonies. 2. That the making a public shew (sic) of Indians, ignorant of such proceedings is unbecoming and inhuman.”

Not all trips by Indian leaders resulted in an audience with the monarch. In 1765 a group of Cherokee under the leadership of Cheulah were taken to England. The trip, however, was not authorized by British authorities and the Cherokee were not given an audience by the King and they were ignored by the English press. The Cherokee were abandoned on the streets on London and were later rescued by the Earl of Hillsborough. The chiefs then did one of the most risky things they could have done in the cause of Cherokee sovereignty. They displayed samples of gold and silver that had been discovered in the country. They were returned home in the company of English mineral experts who wanted to investigate their mines.

In some instances, unauthorized travel did result in an audience with the King. Several Stockbridge chiefs and their wives journeyed to England in 1765 at their own expense to discuss Wappinger land claims. The Stockbridge were a composite Christian Indian community which included the remnants of the Wappinger Nation. They had an audience with King George III who was concerned that they had traveled to England without his consent or a recommending letter from the colonial governor.

During the 18th century, Indians also journeyed to other European countries. In 1725, a group of Indians, including one Otoe, one Osage, one Missouri chief, one Missouri young woman, one Illinois, one Chicagou, and one Metchegamias, were sent to Paris, France where they met with the Director of the Company of the Indies, and the Duke and Duchess de Bourbon. The chiefs were given a complete French outfit which included a blue dress coat, silver ornaments, and a plumed hat trimmed in silver.

They were presented to King Louis XV and they performed a dance at the opera. The French King gave each of the chiefs a royal medallion, a rifle, a sword, and a watch.

Following the formation of the United States, the focus changed from London to the American cities, including New York. Instead of meeting with monarchs, the Indians met with Presidents, ranging from George Washington to Barack Obama. The rhetoric seems to have stayed somewhat the same: the American Presidents, like the European monarchs who preceded them, generally tried to impress the Indians with their great economic, military, and religious power. The Indians generally asked for justice.