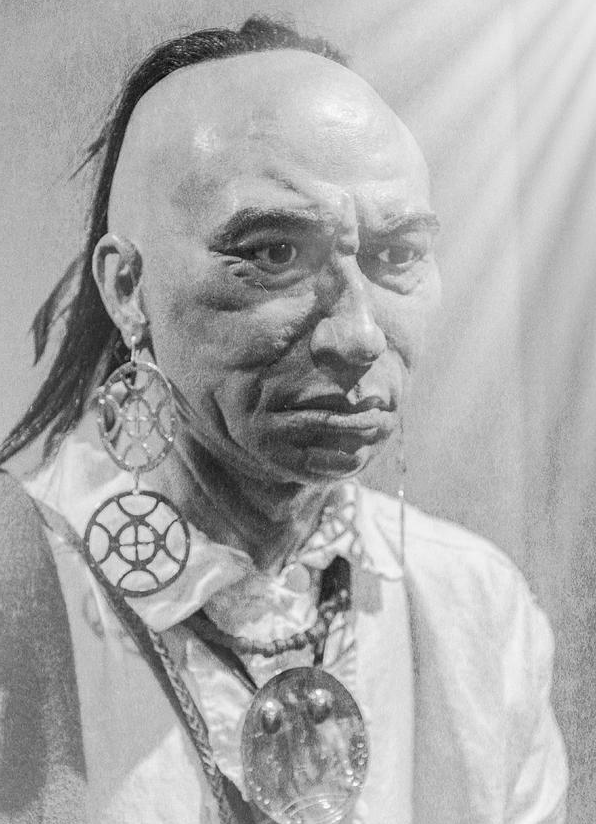 In 1830, the United States passed the Indian Removal Act which called for the removal of all Indians to lands west of the Mississippi River. The rationale for removal rather than “civilizing” the Indians in their homelands is explained in one letter to the Cherokee agent:

An Almighty hand has stamped upon every creature a particular genius, propensity and leading traits of character. The polish of education may improve, but cannot change, for the imperishable seal is there; bars and dungeons, penitentiaries and death itself, have been found insufficient, even in civilized society, to restrain man from crime, and constrain him to the necessity of moral and virtuous action. How then are we to look for, or expect it, in a community made up of savage and illiterate people?”

In 1838, the United States Army rounded up the Cherokee who were living in Tennessee, Georgia, North Carolina, and Alabama and forcibly removed them to their new home in Indian Territory. This became known as the Trail of Tears.

The Cherokee were not nomadic hunters and gatherers depicted in the most common stereotypes of Indians. They were farming people and had been farming people for more than a thousand years. They did not live in teepees, but had permanent villages with substantial houses. At the time of their removal, the Cherokee had a higher literacy rate than the non-Indian Americans. However, they were literate in Cherokee which doesn’t count as literacy in the minds of many Americans.

In 1808 the Cherokee enacted their first written laws. The laws provided for the organization of a national police force to protect property and to insure the inheritance rights of widows and orphans. Since the Cherokee held real estate in common, the protection of property refered to chattel and improvements.

In response to the Cherokee chiefs who visited Washington, D.C. in 1817, the Niles Weekly Register reported:

“These chiefs, by their manners and deportment, exhibit a practical proof, to those who may have had doubts on that head, that the natives of this country only want the means of improvement to place them on an equality with the intelligent part of our citizens.”

The paper went on to call for the “civilizing” of the Cherokee through a commitment to agriculture and Christianity.

In 1820 the Cherokee reorganized their government by dividing the nation into eight districts and organizing a new standing legislative body. The legislature, with a 13 member upper house and a 32 member lower house, was to meet each October in Newtown, the newly created Cherokee capital. In this reorganization, the villages were no longer recognized as the primary political unit.

In Oklahoma, the Cherokee “Old Settlers” (those who had moved from the southeast in 1810 and in 1817) formed a constitutional government with an elected chief and legislature in 1824.

In 1825 the Cherokee National Council authorized the treasurer to make loans to Cherokee citizens. The loans required “two good and sufficient securities”.

The Cherokee National Council also passed a law decreeing the death penalty for those who sold land to non-Indians. All Cherokee land was held in common and was not privately owned by individual tribal members.

The Cherokee Nation became a republic in 1827 with a president (called “chief”), a bicameral House (called the “council”), a constitution, and a codified body of laws. While the constitution called for an annual tax of fifty cents per family, this was seldom collected. Funding for the government came from the United States as income from old land sales. John Ross was elected president.

In opposition to the new Cherokee Constitution, tribal traditionalists spoke out against the Constitution, the move to acculturate, and the Christian missions. The rebellion was non-violent. The two Cherokee factions met and reconciled some of their differences.

In 1829 the Cherokee National Council passed a law that forfeited the rights and privileges of Cherokee citizenship to all Cherokee who emigrated or agreed to emigrate. In addition, Cherokee who sold their improved property to anyone who had enrolled to emigrate was to be fined and punished with 100 lashes.

In an 1830 article published in the Niles Weekly Register, Colonel Gold (whose daughter was married to Elias Boudinot, the editor of the Cherokee Phoenix) reported that the Cherokee afforded

In 1835 a new census counted 8,936 Cherokee in Georgia. The average size of the Cherokee family was 6.6 persons and the family cultivated an average of 11.1 acres. About one-fourth of the Cherokee corn crop was sold.

The Cherokee in Georgia owned 776 slaves, but only 7% of the Cherokee families had slaves. Most of the slaves were owned by mixed bloods.