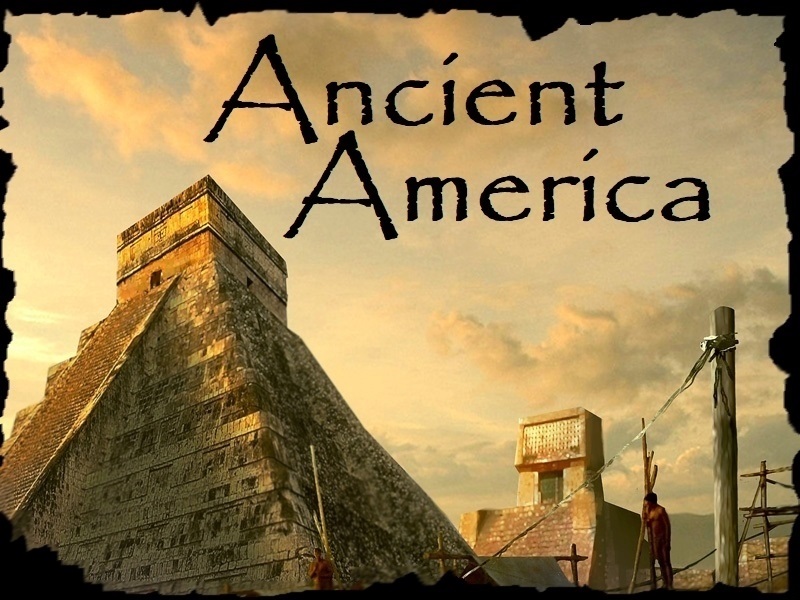 It is not uncommon for accounts of American history to begin in the fifteenth century with the Spanish voyages of exploration. What the Europeans found was not a wilderness, but a land which had been settled by and developed for American Indians. By a thousand years ago there were a number of highly developed agricultural American Indian civilizations in North America, including Mississippian centered in Illinois, Anasazi (Ancestral Puebloan) and Mimbres in New Mexico, and Hohokam in Arizona. In this diary, I’d like to describe a few of the events which happened about a thousand years ago in the area which would later become the United States.

In the Arizona desert area around present-day Phoenix, the Hohokam people were flourishing. Hohokam artists were producing etched artifacts. The artists would first create a design of pitch on a sea shell. It would then soak in an acid made of fermented cactus juice. The artifact was then removed from the acid, the pitch was scraped off, and the result was an etched design.

At the site of Snaketown, the Hohokam were building platform mounds: small oval-shaped mounds less than 15 meters in diameter and about 1 meter high. These low mounds, built in non-residential areas, were then surrounded by palisades. While archaeologists are not sure how the mounds were used, they appear to be performance areas rather than house or temple mounds.  In other words, certain ceremonies may have been performed on the mounds and the mounds would have served as a kind of stage.

North of the Hohokam, the Sinagua people constructed a small town which archaeologists will later call Tuzigoot. The people were growing cotton and weaving textile motifs. The motifs closely resemble those made by indigenous groups in the Mexican state of Chihuahua.

The Sinagua people are also engaged in mining to extract argillite and copper from their mines.

Long before the Grand Canyon became a national park, Indian people were living in it. A thousand years ago there was an increase in precipitation which resulted in an increase in the number of people living in the Grand Canyon. On the deltas where side canyons met the Colorado River, Indian people constructed terraced fields where they raised corn, beans, squash, and cotton.

About this same time, the Havasupai moved from the Coconino Plateau into Cataract Creek Canyon, a side canyon of the Grand Canyon of the Colorado River. Their living site on the canyon floor can be reached only by a narrow trail which snakes down from the plateau. Here they began to call themselves “the people of the blue water.”

In an area ranging from Florida and Louisiana in the South, through Oklahoma and as far north as Illinois, Indian people a thousand years ago were making and displaying small masks depicting a long-nosed god. The masks were often made of copper, but in some areas, shell or stone was also used. The face on the masks was shield-shaped with a slit mouth and large circular eyes. The prominent feature was the long nose which protrudes from the center of the mask. The smaller masks were probably worn in pairs as ear ornaments.

The long-nosed god seems to have diffused into the Southeast from Mexico and seems to have been derived from the god Yacatechutli, the protector of travelers. It probably spread via Mayan-speaking traders called pochtecas. Some modern historians and archaeologists feel that these traders may have played a missionary role, spreading religious interest along with impressive new ceremonies while introducing new merchandise.

About a thousand years ago, the Ho Chunk painted a mural on the back of the Gottschall Rock Shelter. The scene shows the hero Red Horn and his comrades Turtle and the thunderbird Storms-as-He-Walks. Red Horn is more than mortal. In this mural, he wears a disc with radiating lines on top of his forehead, likely indicating his status as the morning star manifesting in human form. The painting shows Red Horn with tattoos on his chest, the traditional marks of honor among the Ho Chunk and other Siouan-speaking tribes.

Also shown in the scene are two giants who also wear sun-like disks on their foreheads. The giants are not tattooed and are naked.

According to oral tradition, the giants challenged Red Horn and his comrades to a game of lacrosse. The giants were led by a female with red hair. The giants lost the game and were killed by Storms-as-He-Walks. However, the red-haired woman is spared and later marries Red Horn.

In Wisconsin, Mississippian people from Illinois built a village at Aztalan which was surrounded by a fortified palisade with walls 12-19 feet high. The wall surrounded the village, the ceremonial center, and the agricultural fields. There were also interior defensive palisades. This site was the northernmost extension of the Mississippian people.

A thousand years ago, Thule culture groups began to migrate into the Labrador area from Alaska. They were practicing a maritime adaptation which focused on hunting large marine mammals, particularly the bowhead whale. The Thule arrived with dog-drawn sleds, large skin boats (umiaks), and single-man boats (kayaks). With this equipment people and heavy gear could be transported long distances with speed.

In the fall and winter, the people lived in small, subterranean houses built out of stone, sod, wood, and whale bone. During the whaling season, several settlements would pool their resources in a cooperative endeavor.

In the fall, the people would hunt caribou using fences and drives. In the spring they would fish using stone weirs to entrap the fish.

A thousand years ago, Indian people throughout North America had established extensive trade routes which criss-crossed the continent. In North Dakota, for example, Indian people living along the Missouri River were obtaining trade goods from great distances: copper from the Great Lakes region; whelks, marginellas, and olivella from the Gulf Coast or Atlantic Coast areas; freshwater snails from the rivers in the Southeast; steatite from Wyoming and Montana; obsidian from the Yellowstone Park area in Wyoming; dentalium from the Pacific Coast; and catlinite from Minnesota and South Dakota.

American Indians a thousand years ago were not isolated from the rest of the world. There were some contacts with people from other continents. Viking voyager Leif Eiriksson, sometimes called “the lucky” visited and settled an area called Vinland which is the northern tip of Newfoundland about 986 CE. Archaeologists have excavated a Norse settlement at L’Anse aux Meadows which dates to this time. The Vikings had some encounters with Native Americans whom they call Skraelings (probably Beothuk.) The colonies were eventually abandoned, due in part to opposition from the Native Americans.

According to one story, Leif and the other Viking warriors fled their village and cowered behind some rocks when the Skraelings attacked. Freydis Eriksdottir, then nearly nine-months pregnant, tore open her blouse to expose her breasts, then picked up a shield and sword dropped by the fleeing Vikings, and counter-attacked. She succeeded in repelling the attack and defending the brave Viking warriors.

In Massachusetts, a Viking group under the leadership of Thorvald, the brother of Leif Eriksson, named  present-day Cape Cod Kiarlanes (Keel-Cape) because it looked like the keel of a ship. The group then arrived at a heavily wooded promontory. Here they found three Indian canoes camouflaged with brush. There was a conflict in which eight Indians were killed and Thorvald was wounded. His wound proved to be fatal and he was buried at a place which the Vikings call Krossanes (Cape of the Cross).

About three years after Thorvald’s voyage, another group of Vikings under the leadership of Thorfinn and Gudrid Karlsefni settled in the northeast. They brought with them livestock and other supplies. The settlement lasted for two years, during which time Gudrid gave birth to a son. The settlement was abandoned because of conflicts with Native Americans.