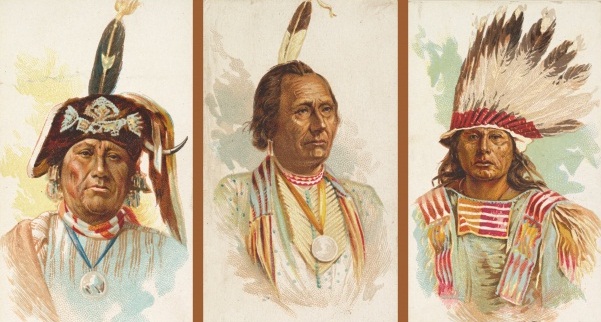 At the time of the European invasion, Indian cultures differed greatly from their European counterparts in the ways in which they governed themselves. The governments of European nations tended to be based on the peculiar notion that some men (and/or families) had been endowed by God to rule over other people (i.e. the concepts of Kingship and nobility). The Europeans expected Indians to have monarchs, rulers who could tell other people what to do. From the European viewpoint, this was the only “natural” way for people to be governed.

At the time of the European invasion, European society was based on the notion of hierarchy, a ranking of people from the highest (the nobility) to the lowest (the peasants and slaves). The highest ranking members of European society had access to food and resources that were often denied to the lower members. Furthermore, the lowest members of society were required to economically support the upper classes.

While it was true that some Indian cultures had hierarchies, most did not have royalty. The present-day claims by some people that their grandmother, great-grandmother, or some other distant relative was an Indian “princess” is a reflection of Euro-American fantasies rather than any realities of Indian society.

Instead of being hierarchical, most Indian cultures tended to be egalitarian and democratic. In most American Indian societies there were no social classes and no-one had superior rights to others based on birth (i.e. the status of one’s father or mother). With regard to government, all adults-both men and women-generally had input into most decisions.

The concept of the Indian “chief” is really a European concept. Europeans felt that it was natural that the leader of the society-designated with the title “king” or “chief”-had a right to tell other people what to do. Furthermore, this person should be immediately recognizable by their dress, by the behavior of their subordinates, and by the size of their dwellings. Since most Indian societies were egalitarian, the early Europeans were often confused when they could not readily identify the Indian leaders (“chiefs”): the leaders wore the same clothing as other people, were treated the same as other people, and lived in similar dwellings.

Unlike the hereditary basis of leadership found in European societies, leadership among Indian cultures was often based on the individual’s ability to get other people to listen and follow. Oratory was one of the key elements of leadership. In addition, leaders were often expected to be generous (they often were required to feed and house all visitors).

It was common for Indian societies to have more than one leader. Among some tribes, there was a hunt leader, a war leader, a ceremonial leader, and so on. All of these leadership roles required different skills and there was no assumption that a single individual could fill all of these roles.

The Europeans, and later the American government, assumed that patrilineal descent was somehow natural, normal, and universal. That is, a son always inherited from his father. The matrilineal systems followed by many tribes, ranging from the Cherokee in the Southeast to the Iroquois in the Northeast to the Tlingit in the Northwest Coast to the Hopi in the Southwest, seemed to be beyond European comprehension. In a matrilineal system, a son would inherit from his mother’s brother, not his father. Not understanding this system, the Europeans and Americans generally assumed that when a chief died, his son would automatically become chief. In most tribes, this did not happen.

With regard to government, Indian societies ranged from very loose democracies in which all discussed important decisions to the more formal confederacies, such as that of the League of Five Nations (also called the Iroquois Confederacy). In general, cross-cultural studies suggest that communities with 500 or fewer individuals tend to be egalitarian without formal leadership roles. Most of the so-called “hunting and gathering” tribes would fall into this category. However, as population increases there is a need for a more formal governmental structure. With a population of about 2,500, societies tend to have formal, political hierarchies. With regard to American Indians, many of the agricultural tribes would fall into this group.

The Nez Perce Tribe sums up traditional Indian law and government this way:

“Over many hundreds of years, tribal governments exercised their power by declarations of war, by defining and controlling territories, by managing and allocating resources, by punishing crimes, by regulating marriages, by adoption and by conducting various other aspects of their domestic relations. This form of government relied, not upon laws written in books or interpreted in courtrooms, but upon binding oral contracts and oral agreements. Such governments did not define their territories on maps and established no governmental offices.”