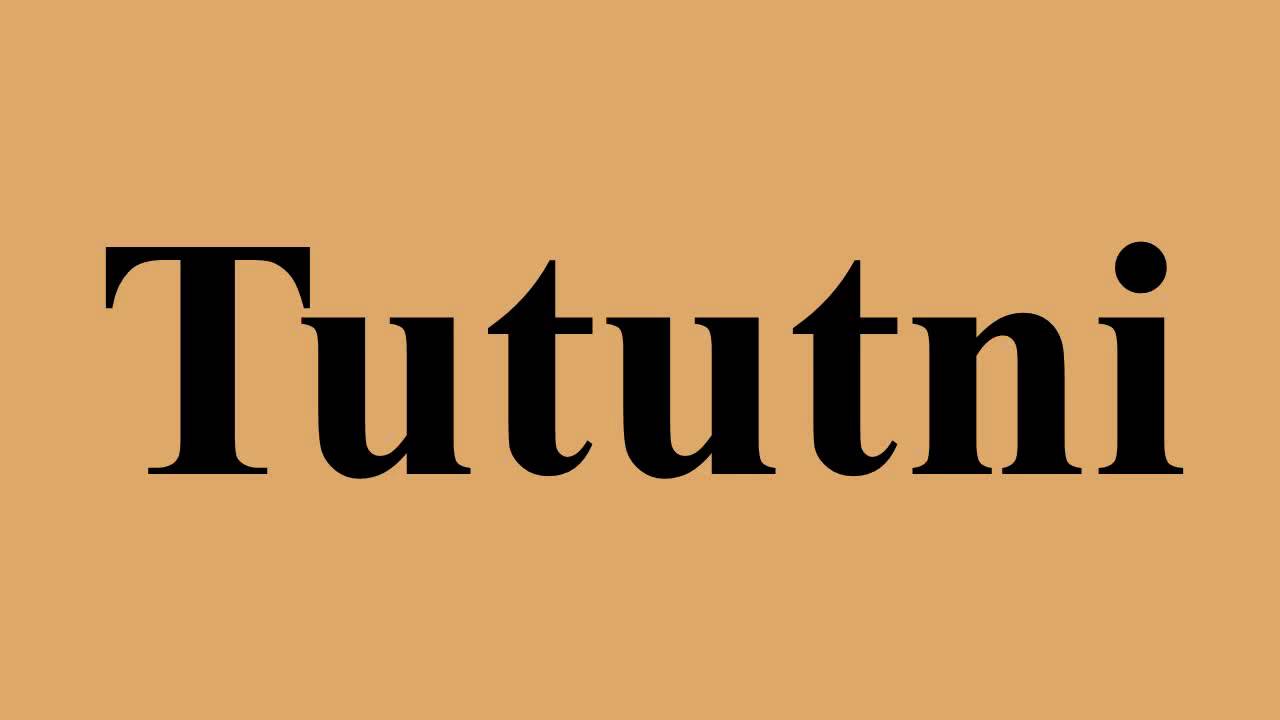 The area along the Pacific Coast north of California and between the Cascade Mountains and the ocean, is the home to many Indian nations who traditionally based their economy on the use of sea coast and river ecological resources. This is an area which stretches from the Tlingit homelands in Alaska to the Tolowa homelands in northern California. Southwestern Oregon, a mountainous region with a straight coastline which is broken up with the mouths of many streams and rivers, is in the transition zone between the Northwest Coast cultures to the north and the California cultures to the south.

The languages spoken by the aboriginal inhabitants of the region belong to the larger Athabascan (also spelled Athabaskan, Athapascan and Athapaskan) language family. The Tututni language is most closely related to Upper Coquille and Chasta Costa. The linguistic evidence suggests that the coastal Athabascan-speakers—Umpqua, Tututni, Chetco, Tolowa—did not enter the area until about 700 to 1,000 years ago. The last fluent speaker of the Tututni language died in 1983.

The two favorite foods of the Tututni were the salmon and the acorn. Chinook salmon, which could weigh up to 100 pounds, would begin their annual spawning run up the Rogue River in late March or early April. To help guide the salmon back to the Rogue River, the Tututni would paddle down the river to the Pacific Ocean. Here they would meet villagers from other Athapaskan-speaking villages and would build large driftwood bonfires. They would dance and sing late into the night, calling the salmon home.

In harvesting the salmon, the Tututni would build fixed V-shaped weirs with alder frames and a net made of hazel or spruce roots. They would also use dipnets and spears. The salmon would be butchered and slow-smoked on alder racks over low fires in smokehouses.

As with other non-agricultural people, the Tututni followed an annual cycle of food resource collection. In June, the women would gather root plants such as camas and wild carrots. To prepare the camas for eating and for storage, it would be cooked in large earth ovens. Once cooked, the camas would be eaten warm or stored for later consumption.

In July, the men would fish for trout and lamprey.

In the fall, the people would harvest the acorns from the California black oak and the Oregon white oak trees. These would be shelled, dried, and stored in baskets. In using the acorns, the women would grind them with a mortar and pestle and then leach the tannic acid out of them. The fine meal would then be boiled.

Deer and elk were also hunted and hunting areas were burned over about every five years to encourage fresh growth which would draw in more game.

Like the Galice and Upper Coquille, the older Tututni men would burn an area and then plant tobacco in it.

As with other Indian nations along the Northwest Coast, the Tututni built plank winter houses. The houses were partially subterranean: they were dug down 3 to 4 feet. The sides were made by placing planks vertically and then larger planks were laid across to form the roof. The planks were made from western red cedar which had been split with wedges.

The men would sleep together in the sweathouse. In the morning, they would sweat and then swim in a nearby stream. Following this they would go to their own houses for breakfast.

The Tututni made and used both river canoes and ocean-going canoes. It could take as long as a year to make an ocean-going canoe as the process involved selecting and cutting down a large red cedar tree, allowing it to dry, then hollowing it out and fixing seats within it. The ocean-going canoes could be up to 40 feet long and use 12 paddlers as well as a captain. They could haul tons of cargo and made trips as far north as British Columbia.

Unlike most of the Indian nations in North America, individual wealth was seen as important to the Tututni and the other Northwest Coast Indians. Individual wealth included canoes, fishing spots, dance regalia, currency, and wives. Wealth also carried responsibility as the wealthy were expected to provide food for the needy and to share their canoes and fishing spots. The wealthy sponsored dances and supplied the dancers with proper regalia.

Among the Tututni, marriage was exogamous with regard to the village. Men would marry women from a different village and the women would then move to the men’s village. The groom’s family would make a payment to the bride’s family as a way of compensating them for the loss of a significant worker.

Salmon were important to the Tututni and therefore a First Salmon Ceremony would be held in which the first salmon caught would be cooked over an alder fire. Thanks would be given to the salmon for returning home and all people would receive a small piece of this salmon. Seeing themselves as a part of nature, it was important to show appreciation to the salmon so that it would come back again.

The Ten Night Dance was held in the home of the chief to forget the dead. Men and women would dance alternately, with the women wearing all of their wealth. The dances imitated animals such as deer, woodpecker, and buzzard.