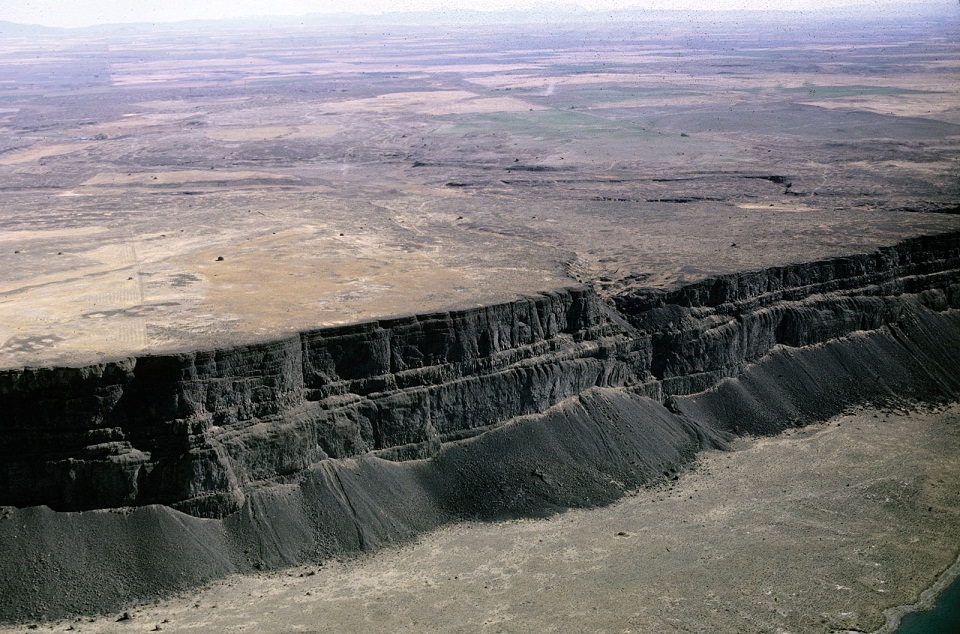 The area between the Cascade Mountains and the Rocky Mountains in Washington, Oregon, Idaho, British Columbia, and Western Montana is known as the Plateau Culture area. From north to south it runs from the Fraser River in the north to the Blue Mountains in the south. Much of the area is classified as semi-arid. Part of it is mountainous with pine forests in the higher elevations. This is an area which is drained by the Columbia River.

While much of the Plateau Culture Area constitutes a dry region characterized by a sagebrush-Juniper steppe area with pine forests at the higher levels, there are portions of the area which do not fit this description. In the northern portion of the Plateau Culture Area, there is a temperate rainforest with higher precipitation. At the headwaters to the Columbia River in British Columbia, the terrain is cut by steep mountain ranges with long, narrow lakes in the valleys.

Just prior to this subperiod, in 2500 BCE, regional temperatures began to decrease. With this there were glacial advances and a decline in the temperature of the Columbia River. By 2000 BCE, the Indian people in the Plateau area were adapting to this climate change with storage-dependent collector activities. In some areas, small villages began to appear.

In 2000 BCE, Indian people began using Dagger Falls on the Middle Fork of the Salmon River in present-day Idaho as a salmon spearing station.

At Kettle Falls, Washington, there was an increase in population about 1600 BCE. This marks the beginning of what the archaeologists call the Skitak period.

At this time, refugees from the retreating boreal forests in the north begin to enter into the Plateau area, bringing with them some new cultural items. These new items include the stone pipe, copper objects, stone carvings, effigy figurines, and the use of burial mounds.

In southeastern British Columbia and northwestern Montana, the period which archaeologists call the Inissimi Complex began about 1500 BCE. The Inissimi stone points have an expanding stem, a convex base, pronounced shoulders and excurvate blade edges.

In the Calispell Valley of Washington, Indian people began a more intensive use of camas (a bulbed plant used for food). In addition, fishing became more important.

In Idaho, Indian people began year-round occupation of the Middle Salmon River canyon area. There was also an increase in the hunting of buffalo and mountain sheep.

In the Plateau area of British Columbia, the archaeological period known as the Shuswap Horizon begins. This is a period of cold, wet weather. Mike Rousseau, in his chapter in Complex Hunter-Gatherers: Evolution and Organization of Prehistoric Communities on the Plateau of Northwestern North America, reports:  “small, moderately mobile bands established winter residential base camps on valley bottoms where food and material resources were abundant and varied.”

In his University of Montana M.A. Thesis A Timeline in Stone: Lithic Indications of Social and Economic Change at Housepit 7 of the Keatley Creek Site, Terrence Godin reports:  “It signifies the first regular, widespread use of semi-subterranean winter pithouses on the Canadian Plateau.”

The houses are relatively large with an average of nearly 11 meters in diameter up to a maximum of 16 meters. They are circular to oval with flat-bottomed, rectangular shaped floors.

According to Terrence Godin:  “Shuswap people utilized elk, deer, mountain sheep, black bear, numerous species of small mammals, fresh water mussels, salmon, trout, and various species of birds, but did not rely on plant resources to any great extent.”  Their projectile points were generally lanceolate and/or triangular in shape. They were probably used on thrusting spears or atlatl darts.

Along the Middle Snake River in Idaho, hunting began to be more important about 1000 BCE.

In 1000 BCE, the Kootenai were hunting mountain sheep high in the mountains of what is now Glacier National Park. At this time, the Kootenai were quarrying chert for making stone tools about 3 miles upstream on Bowman Creek from its confluence with the North Fork of the Flathead River.

At Kettle Falls, Washington, the period which archaeologists call the Takumakst period began about 800 BCE. This is associated with Salish people. The material culture at this time included steatite tubular pipes with thin, flaring bowls. People were living in pit houses which were dug one to two meters deep. They were cooking with earth ovens and used pits for storing food.

People in southeastern Oregon were using pole-and-thatch huts or windscreens about 625 BCE. These structures are described by archaeologist Luther Cressman in the Handbook of North American Indians:  “Paired vertical willow branches were placed at intervals around a shallow, dish-shaped depression about 5 m in maximum diameter, forming a circular framework. Bundles of grass, laid horizontally, were then attached by U-shaped willow pins to these uprights.”  The structure was then shingled with bundles of grass placed vertically. Rock slabs anchored the structure.

In the Plateau area of Washington and Idaho, villages became larger about 500 BCE with some of them having as many as 100 pit houses. However, the pit houses tended to be somewhat smaller than they were previously. These larger villages were on rivers such as at Kettle Falls in Washington and in the Hells Canyon area of Idaho.

Along the lower Snake River in eastern Washington, the Harder phase began to replace the Tucannon phase about 500 BCE. The people were using fairly large—20 to 40 feet diameter—pit houses. As in the Tucannon phase, the subsistence pattern was based on hunting and fishing. They were now hunting mountain sheep and had domesticated dogs.

In the southeastern Plateau area, the Nez Perce occupied a number of villages by 500 BCE. Historian Alvin Josephy, in his book Nez Perce Country, reports:  “Most of the settlements were small, containing from one to three structures.”

At this time, the people had intensified their hunting of buffalo, which were found in great numbers in the area.

In the Calispell Valley of Washington, the use of camas decreased in 500 BCE because of drought damage to the moist meadows. The Indian people of this area began to use fire as a tool to increase food production in the higher elevations.

Ancient America: Texas Prior to 5000 BCE