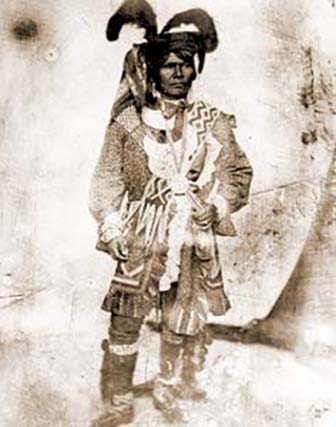 The designation “Creek” is a European concept which emerged during the eighteenth century to designate the Indian people who were living along the creeks and rivers in Alabama, Georgia, and northern Florida. While these people have a cultural continuity which reaches back to the mound building cultures of this area, the concept of a Creek “Nation” or “Confederacy” is something which did not emerge until after the European invasion. In reality, the Creek were several autonomous groups.

Archaeologist Cameron Wesson, in his chapter in Between Contacts and Colonies: Archaeological Perspectives on the Protohistoric Southeast, reports that during the time period of the first European contact, the Creek

According to historian Colin Calloway, in his book The American Revolution in Indian Country: Crisis and Diversity in Native American Communities:

“The Creek confederacy was a voluntary association of towns or, in Muskogee, italwa, bound together by custom and mutual interest and not by centralized coercion.”

Creek towns did not have physical boundaries in the manner of European towns: the towns were a group of people who were associated with a particular political or ceremonial center. The concept of town when applied to the Creek was perhaps closer to the European concept of tribe. Each town was autonomous and had its own ceremonial fire.

In addition, the Creek villages were characterized by two distinct and mutually unintelligible languages: Muskogee and Hitchiti. In addition, there were Creek towns in which the dominant language was Shawnee, Koasati, Alabama, or Yuchi.

The Yuchi joined the Creek confederacy in the early eighteenth century. In his biography The World’s Richest Indian: The Scandal Over Jackson Barnett’s Oil Fortune, historian Tanis Thorne reports:

“Within the Creek confederacy, the Yuchi maintained their distinct language, customs of patrilineal descent, and other cultural traditions in their own politically autonomous communities.”

The Creek (Musgokee) oral tradition speaks of their origin as being far to the west.  According to the oral tradition, there was a long migration which brought them across the Mississippi River and into the areas which are today known as Georgia and Alabama. While settled here, they also ranged into Tennessee, South Carolina, and Florida. After the American government forced removal on them, they re-established themselves outside of the Southeast in what is now Oklahoma.

Archaeologist Charles Jones, writing in his 1873 book Antiquities of the Southern Indians, Particularly of the Georgia Tribes. reports:

“When questioned as to their origin, the Muscogees responded that the prevailing tradition among them was, that their progenitors had issued out of a cave near the Alabama River.”