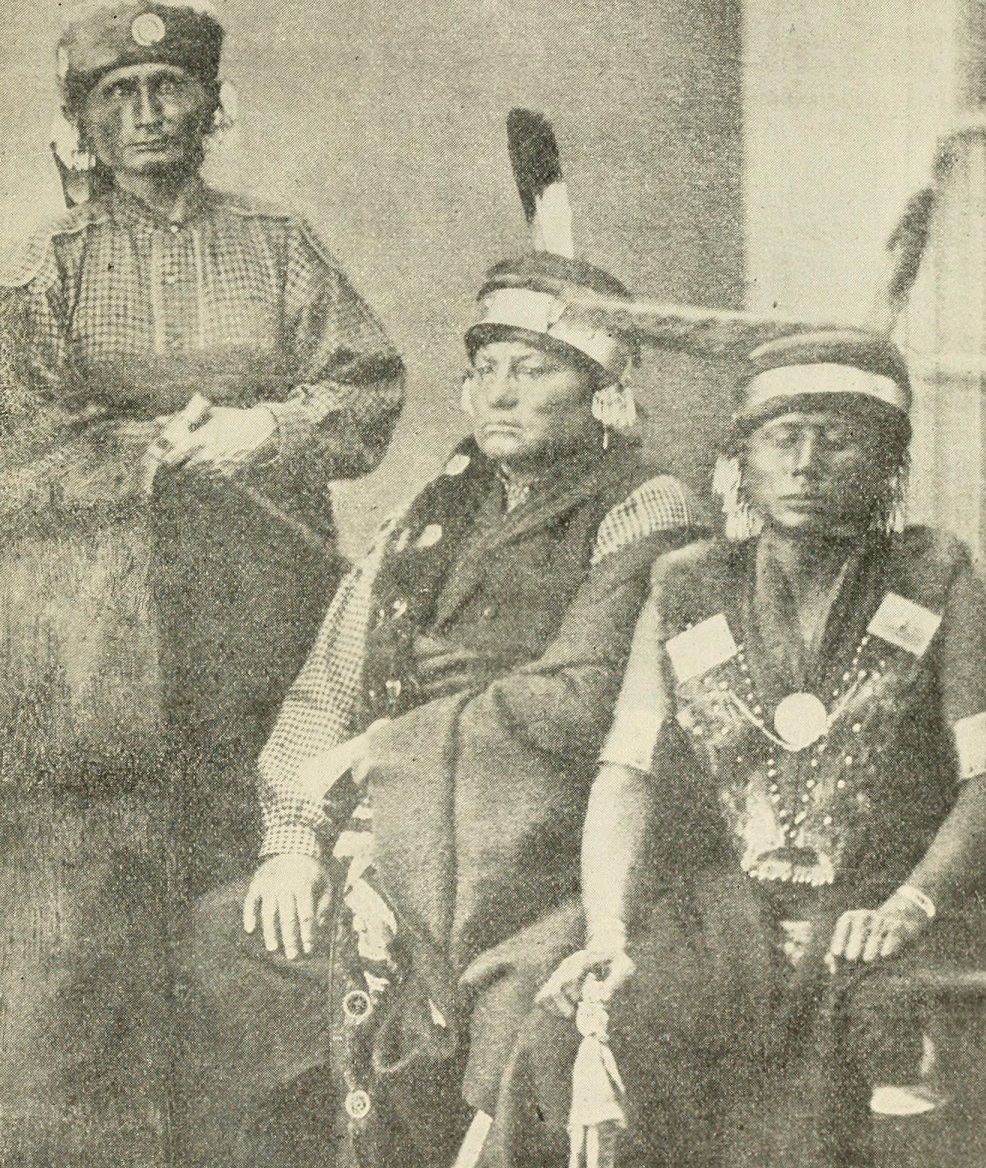 The state of Kansas and the Kansas River are named for the Kansa or Kaw Indians whose aboriginal territories once included the state and spread into southern Nebraska. Traditionally, the Kaws were village people who farmed as well as hunted.

Like most of the other tribes in the Central Plains area, the origins of the Kansa lie outside of the region. About four hundred years ago, The Kansa, Quapaw, Osage, Omaha, and Ponca lived as one people in the Ohio River area. These five tribes were united in language and culture. With regard to language, linguists refer to the five tribes as the Degiha Siouans.

The tribes migrated west to the Mississippi River where the Quapaw went to the south and the Osage and the Kansa went to the north. The designation Kansa means “people of the south wind.”

While the common stereotype envisions Indians living in tipis, in reality relatively few Indian nations actually used tipis as a primary dwelling. While the Kansa did use tipis, this is only one of five distinct types of houses which they used.

Like the other village agricultural people who lived along the Missouri and Mississippi Rivers, the earthlodge was a common village house among the Kansa. The earthlodge was dug into the ground to a depth of about a foot or a foot and a half. A series of center poles – four, six, or eight poles – and exterior poles were used to support the roof poles. Often the perimeter poles slanted outward. The earthlodges were often 30-40 feet in diameter, though some are reported which exceeded 70 feet in diameter.

Similar to the Indian tribes of the Eastern Woodlands, the Kansa also used a rectangular wigwam which was about 25 feet wide and 60 feet long. The pole structure of the wigwam was covered with skins, bark, or mats.

Unique to the Kansa was a circular structure which was 30-60 feet in diameter with walls four to five feet high and covered with hide, bark, or reed mats. This structure is sometimes described as looking like a haystack. The interior floor of this type of lodge was excavated to a depth of 3-4 feet. This type of house was usually home to 30-40 people.

They also used a skin-covered hunting lodge with a semi-cylindrical roof.

With regard to dress and ornamentation, the Kaws were known for their distinctive hairstyle. Carl Waldman, in his book Encyclopedia of Native American Tribes, explains:

“Tribal members plucked or shaved their entire head, except for a single lock in the back.”

During the nineteenth century, the Kansa were divided into three bands or villages. Each village elected its own chief. From these three chiefs, a tribal chief was selected. In addition, there were five hereditary chiefs who were sometimes female.

The Kansa had 16 patrilineal clans—these were named kinship groups in which membership was through the male line. Each person belonged to their father’s clan. Each clan had its own medicine bundle, taboos, and privileges. For example, members of the Deer clan were not allowed to eat venison and members of the Thunder clan were able to control the weather. Each of the clans was ranked in relation to one another with the Earth Maker clan having the highest rank, followed by the Sun Carrier clan.

Among the Kansa, the child was given a name shortly after birth. The name reflected both clan affiliation and birth order and was given in a ceremony conducted by a tattooed warrior. According to Garrick Bailey and Gloria Young, in their entry on the Kansa in the Handbook of North American Indians:

“Additional names referring to some deed of valor might be assumed during an individual’s life, but these did not replace the original clan name.”

At the age of 12-13, Kansa boys would begin fasting to obtain a vision. They would go to an isolated spot where they would fast for up to four days. During this time, the boy might be contacted by an ancestor, an animal spirit, or by some other spirit. This contact would prophesy his future. Girls also fasted, but their visions were considered to be less important.

The Kansa had two sacred bundles which belonged to the tribe. In one of these bundles was the sacred clamshell which had been brought from the east by the ancestors of the Kansa.

Among the Kansa, the dead were buried either in a sitting position with the deceased facing east or in a horizontal position with the head toward the east. Graves were usually located on a high point near the village or along a well-used hunting trail.

Family and Reservation Community in the Columbia Plateau

A Very Short Overview of the Caddo Indians