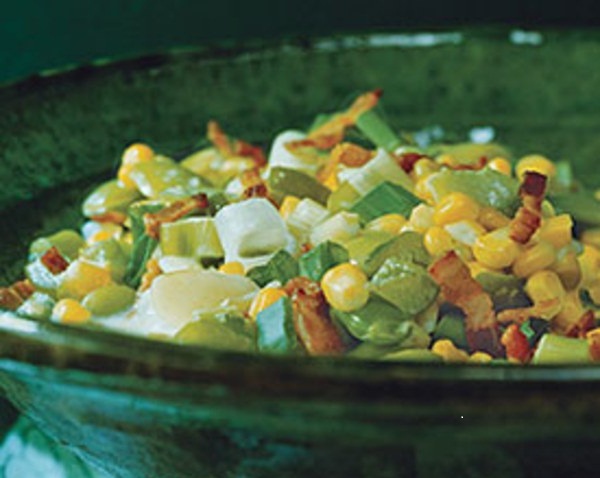 The oral history of the Mohegan tells that they came from “west by north” of another country, that they passed over great waters, that they had once lived beside a great body of water affected by tides, and from this they obtained their name – Muh-he-con-nuk – which means “great waters which are constantly moving”. They faced great famine and migrated toward the east where they found many great bodies of water, but none which flowed and ebbed.

As with other eastern tribes, corn was one of the principal foods of the Mohegan. Corn was prepared in a number of ways, including making hominy of the kernels and making a stew of beans and corn called succotash. Succotash is a basic American Indian dish. Among the Indian nations of the Northeast, succotash was kept simmering at all times so that any hungry visitor or family member could be fed.

Since agriculture was an important economic and subsistence activity, some ceremonies were conducted during the harvest. The Green Corn Ceremony was usually held in August when the first corn ripened. For a period of about two weeks, the community leaders would eat only at night. As a part of the thanksgiving for the harvest, the Green Corn Ceremony included feasting.

½ cup of butter (to be really authentic, you should use bear grease instead of butter)

With a large, sharp knife cut corn cobs into 1 ½ inch lengths. Place corn, beans, water, and butter (or bear grease) in a large saucepan. Salt and pepper to taste.

About bear grease: bears were often hunted and their skins were tanned using a mixture of animal brains, bird livers, and fish oil. In addition, bear grease was applied directly to the body and in this way provided additional warmth in the winter and in the summer it served as an insect repellent.

With regard to hunting, deer provided about 90% of the meat consumed by the New England tribes. The Indian nations managed game resources by hunting only one quarter of their territory at a time. This practice not only allowed animal populations in previously hunted quarters to make a comeback, it also reduced the wariness that is characteristic of animals which are under more or less constant pressure from hunters.

Indian hunters also used fire as a form of game management. Areas were regularly burned over and this was then followed by a renewal of shrubby vegetation which then served as both food and cover for the game animals. The burning increased the rate in which forest nutrients were recycled into the soil and thus plants tended to grow more luxuriantly following burning. As a consequence, they supported more game animals. Thus, hunters were actually harvesting food sources which they had been consciously instrumental in creating: they were not simply “gathering” wild resources.