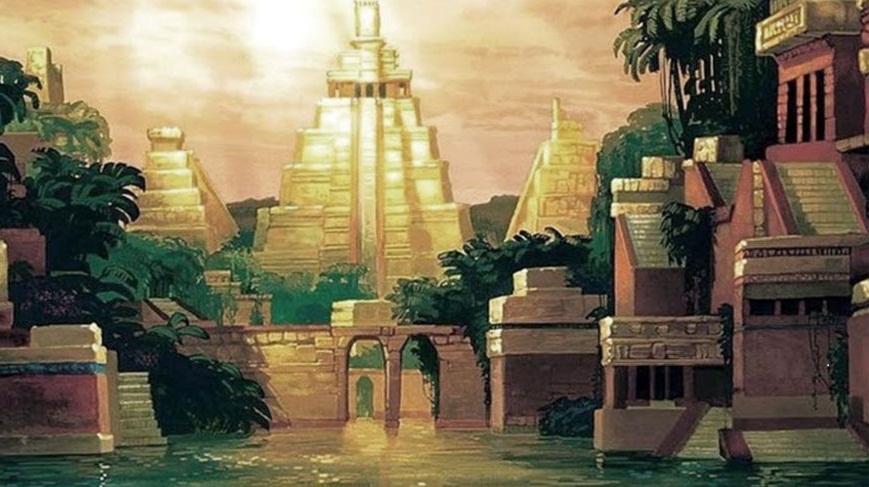 The conquests of the Aztec and Inka empires in the early 1500s brought great wealth to Spain in the form of gold and silver. Inspired by this wealth and driven by greed for even more wealth, many Spanish expeditions set out to find gold and silver which could be easily plundered from other Native civilizations. Legends which told of Native cities with streets of gold and other forms of wealth were often translated by Spanish explorers as reality which awaited them if they persisted. While the locations of these fabled cities and lost civilizations were nebulous at best, this did not stop the Spanish from mounting expeditions to search for them. The consequences of these greed-driven expeditions were often disastrous for the Indian people they encountered.

In 1533 Diego de Guzmán led an expedition in the present-day state of Sonora searching for the fabled Cities of Cibola. Among the native peoples he encountered were the Yaqui whose chief drew a line in the ground and told the Spaniards not to cross it. The Spanish responded with a cavalry charge and gunfire. While they dispersed the Yaqui, several Spanish and their horses were seriously wounded. The Spanish spent several weeks in the area, scouting and looking for signs of the Seven Cities. They reported that the area was the most populous which they had encountered and they saw many planted fields. They failed to find any cities of gold.

Six years later, Fray Marcos de Niza, a Franciscan adept in native languages, received permission to explore the southwest and to determine if the fabled riches actually existed. Esteván, the black slave who had been with Alvar Núnez Cabeza de Vaca’s trek across Texas, accompanied him.

Near the present-day city of Hermosilla in Sonora, Mexico, the expedition encountered some Pima Bajo who gave them a warm reception and much food. They told the Franciscan of a valley to the north with many large settlements where the people wore cotton (probably the Pima and Opata). In reference to their mica pendants and their pottery made from mica-bearing clay, Fray Marcos de Niza assumed that the Indians were telling him about people to the north who had pendants and vessels made of gold and silver. While the stories of these northern peoples may have contained some grains of truth, the Indians of northern Mexico had now learned to tell the Spanish what they wanted to hear in order to get them to move on. In addition, the Spanish tended to hear only that which reinforced their pre-conceived stereotypes.

While at a Pima village on the Rio Magdalena in Sonora, Mexico, Fray Marcos was told about three other kingdoms: Marata, Acus, and Totonteac. The Pima went to these three kingdoms and to Cibola to trade for turquoise, buffalo hides, and other things. Fray Marcos continued his journey north, into Arizona, encountering many settlements. Along the Salt River, he noted that there were villages every half or quarter league. The irrigated fields reminded him of gardens. He continued to hear stories about Cibola and about Marata. He was told that Marata had been reduced because of warfare with Cibola, but still remained independent. The kingdom of Totoneac (probably the Hohokam) was described to him as the largest of the kingdoms and that its people wore clothing of wool which was obtained from wild sheep.

After hearing the stories about what they believed to be the Seven Cities of Cibola, Fray Marcos sent Esteván with an advance party to investigate. The Spanish followed a well-established trading route that connected northern Mexico with the American Southwest. Esteván reached as far north as Zuñi Pueblo (in New Mexico) where he was killed.

As Fray Marcos continued his journey toward Cibola, he noted that he was traveling on a wide and well-used road that was lined with many shacks used by the people who journeyed to Cibola. Outside of Zuñi, he was told that Esteván had been killed. His Indian escorts refused to travel farther, so Fray Marcos turned back. Before leaving, however, he took possession of Cibola for the Spanish king by erecting a pile of stones with a small cross on top. While Fray Marcos never reached Zuñi, he still described it as being bigger than Mexico City.

The next Spanish expeditions searching for Cibola began in 1540. Francisco Vásquez de Coronado began his journey north from Mexico seeking the Seven Cities of Cibola described by Fray Marcos. He took with him a force of 330 Spaniards (most of whom were mounted soldiers) and 1,000 native allies. The expedition starts with 552 horses and 2 mares. The seven cities proved to be six Zuñi villages: Hawiku, Kianawa, Kwakina, Halona, Matsaki, and Kiakima.  While Coronado marveled at the Zuñi houses, he commented:

“I do not think that they have the judgment and intelligence needed to be able to build these houses in the way in which they are built, for most of them are entirely naked.”

The Spanish arrived at Hawiku at the culmination of the summer solstice ceremony. The Zuñi priests drew a line of white cornmeal across the ground to inform the Spanish that they were not to enter the village. The Spanish ignored the warning. The Zuñi met the Spanish explorers with hostility, attacking them before they were in sight of Hawiku. Using signal fires, the Zuñi signaled the Spanish presence to others in the region. The Spanish, needing food desperately, attacked the village and after fierce fighting managed to capture it. The battle took about an hour, during which time Coronado sustained several wounds. However, the pueblo and its valuable food stores fell to the Spanish. The Zuñi fled to their stronghold on Thunder Mountain.

Coronado had originally planned to rendezvous with a second Spanish expedition which was coming by water to the Colorado River area. Coronado sent an expedition under the command of Captain Pedro de Tovar to make contact with the Hopi who had a tradition of trading with the Indian nations of the Colorado River area. The Hopi met the Spaniards at the town of Kawaika-a with coldness. The Hopi were in battle formation and, like the Zuni, drew a line on the ground with sacred corn pollen telling the Spaniards not to cross it. There was a short battle that was won by the Spaniards.

Following reports of a large river to the west of the Hopi, the Spanish sent a dozen riders to find the Colorado River. The Spanish reached the Grand Canyon.

Traveling east, the Spanish forces encountered the pueblo of Acoma. This town, built on top of a mesa, was described as a fortress. After leaving Acoma, the Spanish crossed the Rio Grande to Tiguex where they were cordially received. Here they were taken to Pecos (which the Spanish call Cicúye), a town of 2,000 people that was an important trading center with the Indians of the Great Plains. The Tiguex captured a number of Spanish horses and killed them, which resulted in a Spanish attack on the town in which the Spanish gave no quarter. Even though some Indians attempted to surrender, giving the sign of the cross, they were burned at the stake.

In their conquest of Pecos, the Spanish acquired two Indian “slaves” – men who had been captured in battle by the warriors from Pecos. One of these was an Indian called “the Turk” who described the country of Quivira which lay to the northeast and was said to be so filled with gold that even common table service was made of gold and silver. The Turk was one of history’s most accomplished liars. He was a Pawnee or Wichita trader, fluent in several languages, whose primary goal was to get home. Once he understood what the Spanish desired, he spun a story filled with gold and silver to entice them to take him closer to his home.

The other 1540 Spanish expedition was led by Hernando de Alarcón who sailed up the Gulf of California looking for the great river that would take him to Cibola. He found a river whose waters were reddish and so he named it the Colorado. The Spanish went upstream in two launches and met the Cocopa. A peaceful trading relationship was established. The Cocopa village had a population of more than 1,000. The Spanish found some indications of tuberculosis among the Indians.

Hernando de Alarcón askd an Indian on the lower Colorado River to write down on a chart as much as he knew about the river and the people who lived near it. This was one of the earliest recorded accounts of Indians making maps for Europeans. On their way up the Colorado river, the Spanish often met with stiff resistance from Indians who viewed Alarcón as a sorcerer because he claimed to have been sent by the Sun and because of his demonstrations of the use of gunpowder.At a site near present-day Yuma, Alarcón erected a large cross and left letters for Coronado. The two Spanish expeditions failed to meet.

In the meantime, Francisco Vásquez de Coronado spent the winter of 1541 at the Tiguex Pueblo of Arenal on the Upper Rio Grande River, forcing the Indians out of the village and demanding that they provide the Spanish with corn and blankets. The Spanish noted that the men of the pueblo spun and wove and that the most usual textile fiber was cotton.

In the spring, they set out to find Quivira. As a guide, the Spanish took with them the Turk (they called him this because of his turban-like Pawnee headgear). Also travelling with them was a Wichita captive named Sopete. The expedition got lost on the Great Plains, and they became the first Europeans to encounter the great herds of buffalo. They were found by Lipan Apaches who told them of other settlements in the area. Next they came in contact with some Caddo buffalo hunters who they called Teyas.  Finally they arrived at Quivira where they found only the thatched beehive huts of the Kansa.

When Coronado’s expedition returned to New Mexico from their journey onto the Great Plains, they attacked a rebellious Tiguex mountain stronghold. The Spanish lost 17 soldiers, mostly to poisoned arrows.

The Spanish expeditions failed to find the gold and silver which were described in their fantasies. In their wake they left a legacy of death, destruction, and brutality. While the failure of these expeditions should have ended the belief in fabled cities and lost empires, the stories continued with believers wanting them to be real. Reality does not seem to be convincing to those who fervently want to believe. Nearly five centuries later there are still those who are convinced that these cities exist.

President James Polk and the Indians

The United States and the Pueblos