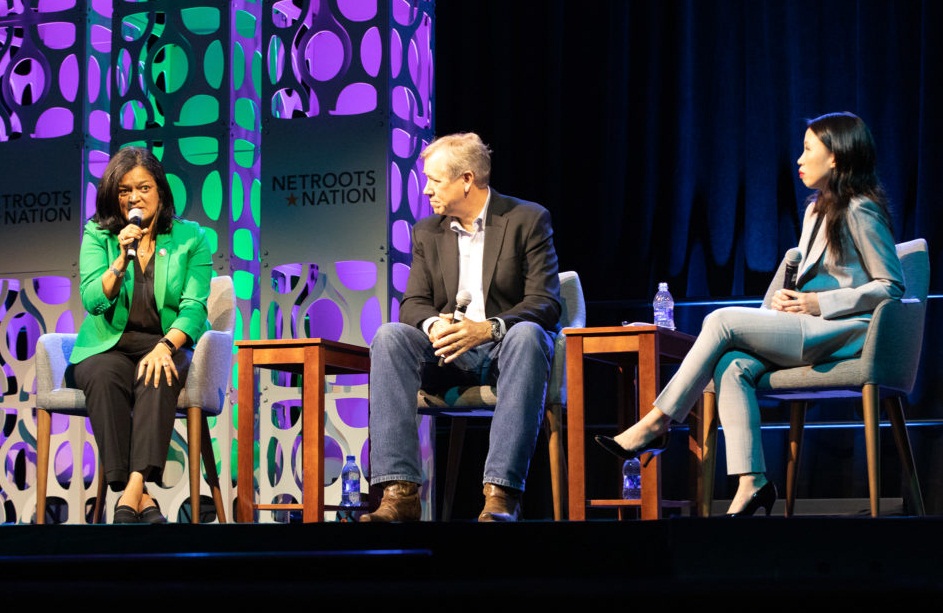 Last summer, Kid Oakland did what many of us kinda, sorta, in our mental wanderings had pondered but utterly failed to put into action. He began raising money to help people who wanted to attend the Yearlykos Chicago gathering but couldn’t afford it.

He’d met many such people on-line in his ongoing outreach efforts with state and local blogs. Like others of us in progressive wwwLand, KO was a true believer in the “50-state strategy” before it became Howard Dean’s goal. Before Howard Dean was even a candidate for the Democratic nomination. Before there even was a progressive blogosphere to help make that organizing strategy more than wishful thinking.

A key aspect of such a progressive strategy is inclusiveness. While we all have little trouble applauding diversity when it comes to gender, orientation, age, ethnicity or disability, there’s not infrequently a blind spot when it comes to class, something the powers-that-be have tried to erase from the national consciousness without erasing its reality from daily life. KO went about trying to ensure a modest remedy by doing what plenty of us hate doing even when the cause is righteous: actually asking for money. What he raised would provide a few “scholarships” to Yearlykos. When he was done asking, 19 people, 17 of whom you can read about here, people who otherwise could not have attended, were in Chicago, enriching themselves and everyone else in attendance with their presence.

One of last year’s attendees subsequently got herself chosen as a delegate for the Denver Democratic Convention this year. Another was involved in the recent imbroglio over blogger credentials at the Convention.

This year, the successor to Yearlykos, Netroots Nation, is happening in Austin. The NN Scholarship Program drive has gotten underway six weeks earlier than last year.

The Democracy for America folks originally committed to contributing nine scholarships, but enough additional money has already been contributed to raise that to 16. You can apply for a scholarship here. The deadline is June 9. You can apply under your “real” name or your screen moniker. You’ll have to tell why you deserve a scholarship and provide some other information.

At the same site, you can vote for nominees – at last count there were 87 – whom you think are most deserving. Votes matter, but other criteria – ethnicity, gender, urban/rural, et cetera – will be taken into account when the scholarships are awarded.

If you click on the right-side icon, you can contribute money to provide additional scholarships. That’s extremely important. There’s no reason we shouldn’t improve on the number of scholarships from last year. Let’s say 35.

Scholarships cover the entire cost of Netroots Nation registration and hotel charges (except the minibar and adult channels). But “scholars” will have to pay for a few things themselves, including getting to Austin, food and beverages while there, that “Don’t Mess with Texas” tee-shirt, and “incidentals.”

There are other ways to contribute besides cash:

Land of Enchantment is coordinating a supplemental program for donating frequent-flyer miles. Contact her at her gmail account, which you can find on her user profile page here.

If you registered and have since learned you can’t attend Austin or you’ve been approved for a panel and won’t be using your registration, you can donate it, again by contacting Land of Enchantment.

If you know someone who you think is worthy, encourage them to apply.

What are you waiting for?  Go vote. Go contribute. Go apply.