The independent documentary “The Voice of the Mapuche”, about the vision of the world and the struggle of the Mapuche people on both sides of the Andes Mountains, is participating in the Green Unplugged Festival and can be watched on-line at the following link: 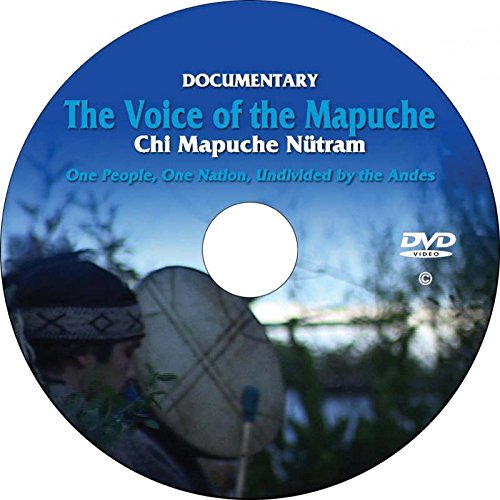 Please continue participating and resending to your friends and contacts. The more people watch it, the stronger it becomes.

The Mapuche defeated the Spanish Crown invaders, and do not recognize the border that Chile and Argentina have tried to impose.

Presently, the struggle is focused on maintaining the identity as a people, and stopping the encroachment of multinational corporations in Mapuche ancestral territory. In an effort to increase profits, logging, hydroelectric, oil, mining, and tourist companies cause destruction and pollution on both sides of the Andes Mountains.

The legal, political and military structures of Chile and Argentina favor the interests of big business. The rights of a people whose spirituality is directly linked to Nature are constantly violated. The search for living in harmony with the environment, a horizontal way of organizing, and a resilience that has never been broken, have allowed the Mapuche to resist for over five centuries and assert: We still exist.

In a journey through different communities of Puelmapu (the land where the Sun rises) and Gulumapu (the land where the Sun sets), the documentary “The Voice of the Mapuche” takes the viewer across rivers, lakes, forests, and mountains. It registers the words and wisdom of Mapuche women, men, children, youth, and elders. The film breaks through the official news blackout, when it enters the prisons where the defenders of Mapuche rights are serving their sentences. Additionally, it covers a hunger strike that went on for over 100 days and gave rise to a wave of demonstrations.

The music, the paintings, the poetry, the language, the rituals, the traditions, and the strength of Nature and the ancestors are present in “The Voice of the Mapuche”. In this independent documentary, the Mapuche vision of the world is the basis to understand the struggle.