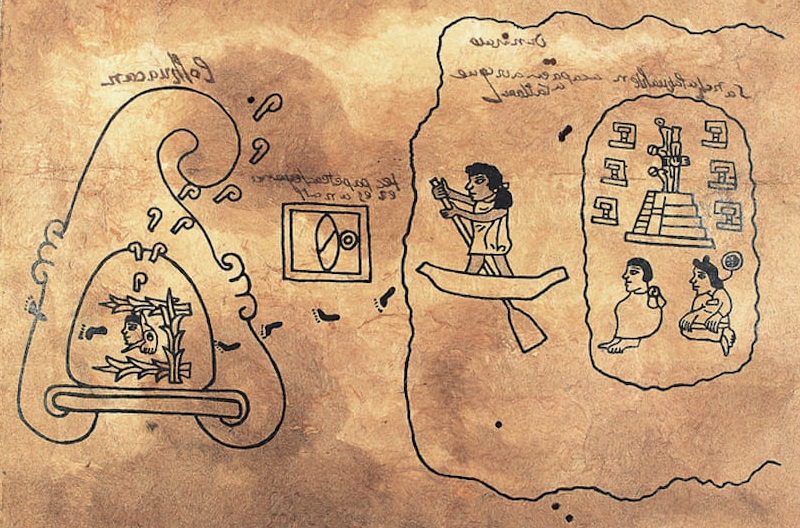 WHEREAS, We the Chicanas y Chicanos of the United States of America honor our Nahua heritage with all our hearts and minds;

WHEREAS, We the Chicanas y Chicanos of the United States of America honor the sacred call of our Nahua ancestors for peace and justice throughout our Americas; and

WHEREAS, We the Chicanas y Chicanos of the United States of America recognize La Raza has been struggling with a new wave of racial harassment, discrimination and persecution in our Americas since September 11, 2001.

NOW THEREFORE, We the Chicanos y Chicanos of the United States of America resolve as follows:

This resolution may be cited as Nuevo Plan de Aztlan.

Nuevo Plan de Aztlan is based on the following terminology:

Americanas y Americanos are all Americans from throughout our Americas regardless of race, color, language, culture, nationality, ethnicity, religion or creed.

The concept of Aztlan is derived from the Nahua history of the Mexicas before their southern migration from Norte America into Centro Mexico during the 11th Century.  Aztlan today is a free and sovereign nation of native-born U.S. citizens of Mexican-American and(or) Mexican descent (Indigenas) who consider ourselves Chicanas y Chicanos regardless of where we were born, live or die.

Our Nahua heritage includes our ancestral lands and freedoms and the histories, cultures, traditions and mores of our Nahua ancestors before, during and after their migration from Aztlan to Centro Mexico in the 11th Century.

La Causa is for peace and justice, the eternal cause of Chicanas y Chicanos who recognize there can be no true peace without true justice, i.e., the abolition of poverty, racism, sexism and all other injusticias.

Chicanas y Chicanos can be Black, White, Brown, Red, Yellow and(or) any other “skin color” like the rest of La Raza and human race. The concept of La Raza was derived from a 1925 essay published by Jose Vasconcelos, a Mexican philosopher who called the millions of mixed-race Indigenas with Latin-American and(or) Latin-European ancestors La Raza Cosmica.

Every race, color, nationality, ethnicity, culture, language, religion and creed in the world is represented in La Raza due to the centuries of assimilation, acculturation and miscegenation in our Americas.  This rich diversity is the unifying power, force and strength of Chicanas y Chicanos, and of all La Raza as we grow to know, understand and honor our great heritage.

·     Racial categories are crude labels based on parentage and(or) physical traits, not sacred or scientific proof of one’s superior or inferior nature like racists believe.

·     Racism includes the belief “mixed-race” people like La Raza are inferior to those with birth parents of the same race. “Race-mixing” is still condemned by racists today.

·     Racists are not just poor or average citizens, there are wealthy and highly educated racists throughout government and society (white-collar racists) who strive to protect and preserve their privileged status via institutional, industrial and commercial racism.

·     The racist imposition of the colonial English language on Indigenas continues to cause horrendous problems for Chicanas y Chicanos in education, employment and virtually all other aspects of life in the U.S.  Laws, rules and regulations are selectively enforced by local, state, federal and “private” institutions against La Raza, as English becomes a weapon that deprives Chicanas y Chicanos of liberty, equality and justice throughout our lives.

·     Private industry (“free enterprise”) causes havoc for Chicanas y Chicanos by perpetuating racist stereotypes and beliefs about La Raza for profit and gain.  [Example:  Mass media and the “entertainment” industries commercialize racist stereotypes and beliefs about Latinas y Latinos throughout the world, while pretending to be “spreading freedom and democracy” alongside the Pentagon.]

U.S. officials are using La Raza as a scapegoat or smokescreen to distract or divert attention away from their heinous war crimes in the Middle East.  According to their domestic propaganda, the “real problem” and therefore actual enemy or threat to national security is Mexicans and other Indigenas “invading” the U.S., not the Pentagon “spreading freedom and democracy” in the Middle East and beyond.

Thousands of racist media, vigilante, “homeland security” and other hostile actions have been executed against Indigenas since 9/11, as tens of thousands of these indigent men, women and children have been rounded up and herded out of Norte America like cattle.

Indigenas have suffered centuries of injusticias including genocide, rape, torture, mayhem, kidnapping, slavery, peonage, poverty, homelessness and groundless imprisonment at the hands of the original European invaders and occupiers of the Americas.  The offspring of these European terrorists expect Chicanas y Chicanos to ignore or forget this true account of their ancestors’ horrendous atrocities against our ancestors, as if these abominations never occurred or mattered.

As English colonialism via the U.S. rapidly evolves into global imperialism, La Raza is increasingly faced with discriminatory law enforcement, housing, education, employment, healthcare, mass media, entertainment and other racist industrial, commercial and institutional policies and practices, especially since 9/11.  The offspring of the European terrorists who originally stole our ancestral lands are guilty of receiving this stolen property but remain in denial, as they continue to exploit, oppress and deprive us of our ancestral lands and freedoms with brute force for their own racist purposes from generation-to-generation.

U.S. racists are now working to outlaw MEChA and other Movimiento organizations, as if well-educated Chicanas y Chicanos are the real problem or cause of “too many Mexicans” and other Indigenas in Norte America today.  These same racists oppose Chicana y Chicano Studies, affirmative action, financial aid, bilingual and multicultural education, ethnic studies, fair housing, equal employment opportunities and all other ways and means of attempting to create level playing fields for La Raza, as if the U.S. only belongs to Anglo-Americans and everyone else is a second-class citizen, at best.

The 21st Century campaign against Mexicans in the U.S. is also aimed at Chicanas y Chicanos since we are all Nahua people.  Chicanas y Chicanos have a natural, inherent or innate relationship with Mexicanas y Mexicanos because of our common Nahua heritage that is everlasting.

Indigenas throughout our Americas are suffering from these racist attacks too.  We are all being treated as a threat or potential threat to national security by the U.S. government at local, state, federal and international levels.

a)  We the Chicanas y Chicanos of the United States of America must reach beyond nationalism to establish and(or) coalesce with parallel movements of Indigenas united around our multilingual, multiracial and multicultural heritage throughout our Americas and on outlying islands.

b)  El Movimiento’s mass communication, organization and mobilization initiatives call for Chicanas y Chicanos to join forces with all La Raza against our common exploiters and oppressors because we cannot be free unless and until all La Raza is free.

c)  Economic justice cannot be achieved without social and political justice.  La Raza needs to join with an international union of free and sovereign indigenous nations to work for this justicia as opposed to permitting the racists to continue to exploit and oppress La Raza via commercial, industrial and institutional racism from generation-to-generation without resistance.

d)  This new Union De Las Americas (American Union) must ensure liberty, equality and justice for all Americanas y Americanos so We can all live, work and travel freely throughout our Americas.

e)  The first priority of our new Union is to abolish poverty, racism and sexism in our Americas.

f)  This new American Union must ensure all workers in our Americas receive good jobs and compensation so that all Americanas y Americanos can afford nice homes in safe and secure neighborhoods and communities.  People unable to work will also have nice homes in these safe and secure neighborhoods and communities because no one will live in poverty or homelessness in our Americas except by her or his own choosing.

g)  We the Chicanas y Chicanos of the United States of America will ensure our children learn about our indigenous ancestors, at home and in all the schools, colleges and universities of our Americas so they and future generations will know, understand and honor our great Nahua heritage.

NOW THEREFORE BE IT RESOLVED, We the Chicanas y Chicanos of the United States of America will live our daily lives in accordance with this Nuevo Plan de Aztlan to the best of our abilities.

BE IT FURTHER RESOLVED, We the Chicanas y Chicanos of the United States of America will encourage Chicana y Chicano organizations everywhere to review, adopt and incorporate Nuevo Plan de Aztlan into their own missions, goals and objectives so all Indigenas can stand united against the new wave of racial harassment, discrimination and persecution La Raza faces in the 21st Century.