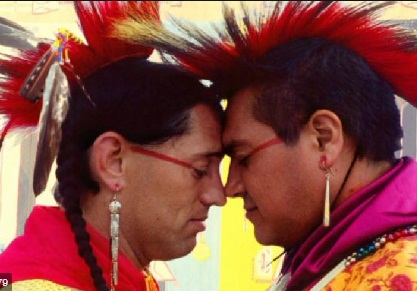 A pair of updates from KOS….

Gustav rolled into Terrebonne Parish and so far the damage estimates have yet to really come in from the bayou communities.  There apparently was a lot of wind damage. Before the Houma newspaper went off-line, it reported flooding in the area, especially Point-aux-Chenes.  No one is being allowed back into the area until at least tomorrow and maybe not until Friday.

The National Hurricane Center reported that Gustav’s center struck the Gulf Coast near Cocodrie, La., a bayou town in Terrebonne Parish. The landfall site is located 40 miles south of Raceland, La., where Houma Principal Chief Brenda Dardar Robichaux is sheltering about 20 other tribal members in her home.

“Our spirits are up and we’re safe,” said Robichaux in a telephone interview from her home. “Although smaller trees are falling down all around us, the 60-foot oak trees are bending but not breaking and the cypress trees are leaning but haven’t broken. Magnolia branches are down and there are tree limbs everywhere.”

Robichaux said that as the worst of the storm hit the area, there was a “tremendous howling sound” from the winds and the group had to switch to emergency generators when the power went out shortly after dawn.

Robichaux said she had yet to hear of any injuries or specific damages suffered by tribal members from the storm but pointed out that the hurricane’s path included communities in Terrebonne and LaFourche Parishes where many of the Houma Nation’s 36,000 members live.

Thomas Dardar, a Houma tribal official who evacuated to Gonzales, La., near Baton Rouge, said he had been monitoring fire department reports and been in contact with authorities responding to emergency calls. He learned that some rooftops were ripped off buildings in Terrebonne Parish and that broken trees and debris littered streets.

Despite initial reports that a levee had broken, Dardar said there is no evidence that was the case. “As of late this morning, none of the levees had been breached,” he said.

I’ll keep an eye out on what’s going on and when info comes in and will post tomorrow.

Maybe it’s me, but it seems that not only has the MSM floated along in its coverage of what’s going on in LA for New Orleans but the peoples that were ignored last time around are even  more out of sight this time.

Of course, now everyone is Sarah Palin 24/7 and doesn’t have time for other issues…

See my previous diaries here and here. As an admission, I was more concerned about the Chitimacha originally, as I had worked with them back in 2006 after Katrina/Rita.  Obviously, the Houma are in the same boat, so I apologize for giving them and the other tribes short shrift in my initial diaries.

First off, some news, before I rant.

Lafourche parish opened at 4 PM on 9/2…no news on damages or flooding as of yet.

Terrbonne parish is closed until Friday, so we may not get reports until then.

The leaders of the Houma Nation put out this statement this afternoon from Raceland:

Hurricane Gustav has come and gone but his impact remains…to what extent is still uncertain. Our home has a minimal amount of damages with lots of down trees. The Old Store which served as the center of our relief services in the aftermath of Hurricanes Katrina and Rita also suffered wind damage. My concern is to be able to repair the damages as soon as possible so that we may begin to provide relief services in the building. We are without electricity and have very limited cell phone services but do have internet and e-mail. There is a TV being run by a generator with rabbit ears wrapped in foil but can only catch one channel.

Although Hurricane Gustav made landfall in Terrebonne Parish, most coverage is about New Orleans again. We are very limited in the amount of accurate information on the damages to our tribal communities which is quite frustrating. We made an attempt to gain access to our communities to access the damages but were turned away by road blocks. Power lines are still down making the highways impassable. We receive calls from tribal citizens who evacuated the area seeking information on when they can return and the extent of the damages. We have nothing to share at this time. The unknown is agonizing.

My understanding is that Pointe-aux-Chenes, a Chitimacha community, has flooded, and there are reports of levies being overtopped in between Montagut and Pointe-aux-Cehnes.  Lafourche bayou is flooded and Grand Isle is still out of contact.  Neither parish has electricity.

While the storm has moved on, some of the flooding will be delayed, as rainwater makes its way downstream.

Many of the Houmas found their way to the Mississippi Choctaw, who have provided hospitality.  However, there is much anxiety on what will remain after already having gone through Katrina and Rita so recently.

According to a very good article on the website of the Institute for Southern Studies,

Terrebonne residents who stayed through the storm told reporters it was easily the worst they’d ever seen. They questioned whether it was a really just a Category 2.

Ricky Trahan, a 47-year-old shrimper from the Terrebonne community of Chauvin who rode out Gustav on his boat, also told the Times-Picayune that conditions across coastal Louisiana seemed to be getting more dangerous:

“It used to be safe harbor down here,” Trahan said. “Not anymore. We keep going further up” the bayou when storms approach.

While there are a number of public efforts underway to restore degraded coastal lands and thus better protect Louisiana’s residents from storms, none of them comes close to the minimum estimate of $14 billion needed for truly sustainable restoration. If the federal government does not take action soon, the problem will only grow much worse — and Louisiana’s wetlands are already disappearing at the fastest clip in the nation, with up to 40 square miles lost each year.

Tragically, this erosion threatens not only land but traditional cultures tied to that land — that of Cajun fishers like Trahan, whose name can be traced back to Louisiana’s original Acadian settlers, and the indigenous Houma people who live along south Louisiana’s bayous and in coastal fishing communities.

Rant:  I’m not a Native American, nor do I claim ancestry.  I worked in this region for 8 days in 2006, but in that time I came to realize that here is yet another people subjected to the bullshit that white people have imposed.

Unlike the peoples of the Great Plains, who can see their ancestral lands and hope that someday circumstances will lead to their reclamation, the native peoples of the bayou literally see their lands disappear under water year after year.  I can think of few more visceral ways to face cultural extinction than to watch the lands of your ancestors disappear because of what has been imposed on the natural order of things.  These folks are literally facing extinction as a culture because mostly white people upstream along the Mississippi River decided they didn’t like the natural flooding patterns of the river and wanted to better control it.  This greatly reduced the silt deposits which make up the Mississippi Delta region, where the Chitimacha and Houna make their homes.

And it doesn’t end there.  Most of these peoples earn their livelihoods from the sea through fishing and harvesting oysters, shrimp and other shellfish.  The return on these efforts is minimal, leaving a high proportion in poverty.  Even so, due to the trash and junk left on the seabed by offshore drilling, these fishermen continually incur losses of their catches and equipment from being ensnarled on artificial obstacles, many of which are uncharted and cannot be detected by sonar equipment.

The flooding and the wind damage will make the headlines, but the coastal erosion will probably be very bad.  Katrina and Rita took out 138,000 acres of land…how many more acres will be lost from Gustav?

Here’s what the USGS has said about erosion previously:

USGS and other studies indicate that major shifts in the course of the Mississippi River have contributed significantly to the demise of the wetlands.

The 300 kilometer-wide Mississippi River delta plain and its associated wetlands and barrier shorelines are the product of the continuous accumulation of sediments deposited by the river and its distributaries during the past 7,000 years. Regular shifts in the river’s course have resulted in four ancestral and two active delta lobes, which accumulated as overlapping, stacked sequences of unconsolidated sands and muds. As each delta lobe was abandoned by the river, its main source of sediment, the deltas experienced erosion and degradation due to compaction of loose sediment, rise in relative sea level, and catastrophic storms. Marine coastal processes eroded and reworked the seaward margins of the deltas forming sandy headlands and barrier beaches. As erosion and degradation continued, segmented low-relief barrier islands formed and eventually were separated from the mainland by shallow bays and lagoons.

Barrier islands fronting the Mississippi River delta plain act as a buffer to reduce the effects of ocean waves and currents on associated estuaries and wetlands. Louisiana’s barrier islands are eroding, however, at a rate of up to 20 meters per year; so fast that, according to recent USGS estimates, several will disappear by the end of the century. As the barrier islands disintegrate, the vast system of sheltered wetlands along Louisiana’s delta plains are exposed to the full force and effects of open marine processes such as wave action, salinity intrusion, storm surge, tidal currents, and sediment transport that combine to accelerate wetlands deterioration.

Natural processes alone are not responsible for the degradation and loss of wetlands in the Mississippi River delta plain. The seasonal flooding that previously provided sediments critical to the healthy growth of wetlands has been virtually eliminated by construction of massive levees that channel the river for nearly 2000 kilometers; sediment carried by the river is now discharged far from the coast, thereby depriving wetlands of vital sediment. In addition, throughout the wetlands, an extensive system of dredged canals and flood-control structures, constructed to facilitate hydrocarbon exploration and production as well as commercial and recreational boat traffic, has enabled salt water from the Gulf of Mexico to intrude brackish and freshwater wetlands. Moreover, forced drainage of the wetlands to accommodate development and agriculture also contribute to wetlands deterioration and loss.

This is not a Republican or Democratic issue.  The GOP governor, Bobby Jindal, has at least made the right noises about investing in the reversal of the coastal erosion.  However the effort is going to require significant federal funds to turn the tide.  Maybe even as much as a month in Iraq.

Meanwhile, the Houma are trying to relocate their communities to higher water, though they are woefully underfunded for this effort.  If anyone can contact the Obama campaign in LA to see if his donor list could be used for this effort, that would be awesome.

I’ll have more later this week…

The Chitimacha Face Another Storm