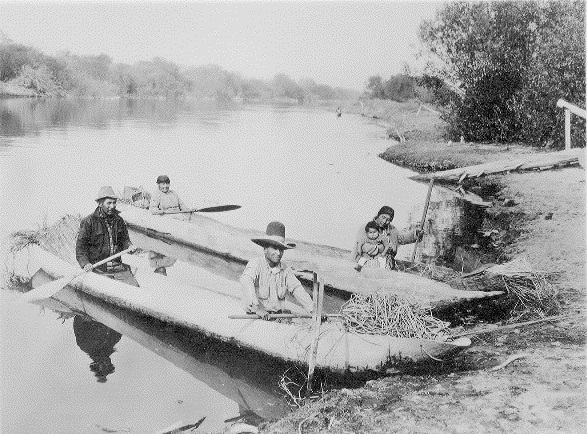 In Oregon, the Klamath tribes are making what is known as a “call” on their water rights for rivers flowing into Upper Klamath Lake. The tribes want to maintain river flows for fish. The tribes have the oldest water rights in the basin and therefore they have first say over controlling it.

The tribes will use their water to maintain flows in the Wood, Williamson, Sprague, and Sycan rivers for fish. The fish include endangered suckers which are held sacred by the tribes, redband trout, and ultimately salmon when the dams on the Klamath River are removed.

According to one news story:

The calls authorized the local water master, who works for the Oregon Department of Water Resources, to start checking river flows and telling ranchers with junior rights to turn off pumps and shut headgates on diversion dams until enough water remains in the rivers to meet the bureau and tribes’ rights. That process is likely to take several weeks. The state Department of Water Resources sent in extra personnel so three two-person teams will handle the shutoffs. Each team will notify the sheriff where they are at all times for safety. As the summer continues and rivers continue to drop, even more ranches will be shut off.

Non-Indians have suggested that there could be violence over this.

Water rights in the west are not riparian-that is, you may not have the right to use water flowing through your property. In the west, water law is based on use and users with superior water rights-i.e. first in time-get first call on the rights. A century ago, the Supreme Court in the Winters Doctrine ruled that water rights for the tribes must be dated to the formation of the reservation. In most areas, tribes have superior water rights. The water does not have to be on the reservation for the tribes to claim it.