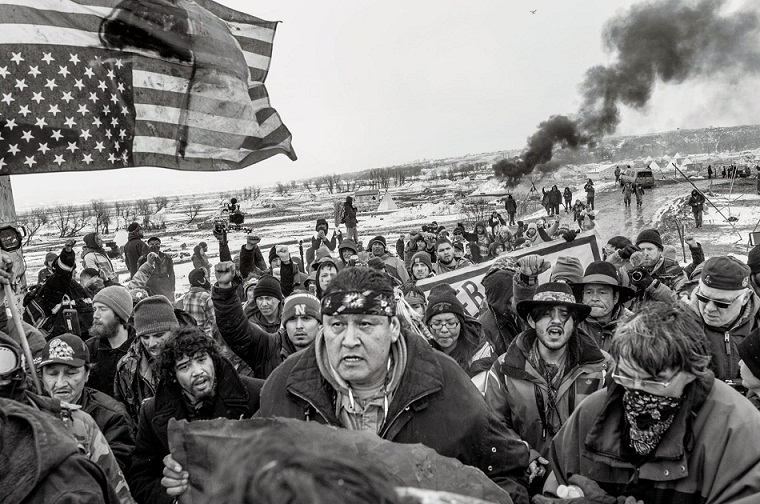 As Native Americans, I know, as they have been telling us, that there are a lot of stereotypes, um, what are some of the stereotypes that you constantly hear about?

A lot of people think that, you know, we’re drunks. That we uh, you know, live on the streets. You know, (that) we don’t have a job and you know that’s a real bad stereotype, because you know, we are, a lot of people don’t realize that we are doctors. We are lawyers, we are actors, we are musicians, and that isn’t portrayed in the media at all.

Perhaps “a lot of people don’t realize” that Native Americans are professionals, is because at least one movie star has this attitude (from 2007).

A new petition demands Mel Gibson apologize to the Mayan community for telling a Mayan scholar, a woman, to “F–k off” during a talk to young filmmakers in California.

Estrada said she challenged Gibson’s depictions of bloodthirsty Mayans engaging in sacrificial ceremonies. “I stated a very valid academic question,” Estrada said. “He argues he studies Mayan culture and the representations he provides are authentic. I asked him who his sources were.”

“F–k off” Gibson said when challenged. Interesting, because if one reads the comments made underneath the video, some of those comments amount to the same thing: “F–k off.” Also, perhaps “a lot of people don’t realize” that Native Americans are professionals, because of this racist American history.

This selected list of publications alone is a clear indication that considerable attention has been paid to proverbial invectives against minorities throughout the world. These unfortunate and misguided expressions of hate, prejudice, and unfounded generalizations are unfortunately part of verbal communication among people, and stereotypical phrases can be traced back to the earliest written records.

“Heavens to Betsy, the treaty. And all three of their signatures on it. How in the world did you ever -”

Mortimer Dowling allowed himself a self-satisfied leer. “Miss Fullbright haven’t you ever heard the old saying The only good Indian is a dead -”

Millie’s hand went to her mouth. “Mr. Dowling, you mean … you put the slug on all three of those poor Seminoles? But … but how about the remaining fifty-five of them. You can’t possibly kill them all!”

“Let me finish,” Mortimer Dowling growled. “I was about to say, The only good Indian is a dead drunk Indian. If you think I’m hanging over, you should see Charlie Horse and his wisenheimer pals. Those redskins couldn’t handle firewater back in the old days when the Dutch did them out of Manhattan with a handful of beads and a gallon of applejack and they still can’t.
Now, go away and do a crossword puzzle, or something.”[88]

The joke centers around the proverb “The only good Indian is a dead Indian,” but the author does not only base his short story on this terrible stereotype, he also alludes, of course, to the other proverbial invective of being “drunker than an Indian.” This is a tasteless, despicable, and racially motivated joke at the expense of Native Americans, and it shows the tenacity of proverbial stereotypes in today’s United States of America.

In many circles, the stereotype of the “drunken Indian” was once all-powerful. It was assumed by some that if you were of aboriginal ancestry, whether you were Métis, Inuit, non-status or First Nation, then you had a drinking problem.

Congratulations are in order for keeping genocidal “justification” alive for so long and then twisting it into a racist stereotype that still lives today. Very impressive indeed, especially in light of the fact that habeas corpus is dead while racism breaths. Well done dominant culture of America with the “blind acceptance of biblical inerrancy.”

We should ‘congratulate’ white America for its achievements, in terms of the accumulation of wealth and power, which has made it the sole superpower. However, I do lament about the cost of the American dream. The price was paid by the thousands that were lynched and the millions that died on the slave ships; and the millions of Native Americans that perished in their own homeland; the blood and sweat of the thousands of Chinese that built the transcontinental railway; the blood price paid by the hundreds of thousands in Philippines, Japan, Vietnam, Central and Latin America and now Iraq. I do not mind the US pursuing its so-called American dream, but should that be at the expense of a world nightmare?

As Moyers pointed out, this “mentality” and blind acceptance of biblical inerrancy, which contributed to the genocide of American Indians during Columbus’ time, has, in many ways, continued and continues to inform U.S. foreign policy, including its dealings with its own sovereign Indian Nations.

Well done, since the “the US pursuing its so-called American dream” is a nightmare for the several tribes living near the repository that’s on Western Shoshone treaty lands.

The Bush administration will recommend the expansion of the controversial Yucca Mountain nuclear waste repository, The New York Times reports.

Mr. Sproat, who spoke Thursday at a conference on nuclear waste held by the Center for Strategic and International Studies here, said that the inventory of waste would reach 70,000 tons by 2010.

He said, however, that the repository could hold all the waste that has been produced so far, as well as the waste that will be produced by the 103 existing power reactors for the duration of their lives and all the waste from at least the “first handful” of new reactors, if any are built.