I went to the SPIRIT garage sale on this cold, windy day in Oklahoma, and donated a couple things. The garage sale was to raise funds so that SPIRIT can achieve 501c3 status; also, it was so that SPIRIT can afford extra traveling expenses for speaking purposes. Brenda Golden, who ” helped establish SPIRIT, a group that increases education and awareness about Oklahoma Indians,” gave me her permission to quote her entire new article from theNative American Community Examiner. (Also, catch her at Red Town Radio)

One last thing before you read Brenda’s article, “Oklahoma Fairness Bill and tribal sovereignty.” That is, I asked her if she wanted me to inform people that they could volunteer to help with things like paper work for SPIRIT. She said, “I could use all the help I can get.” So feel free to contact her through the site that’s linked to if you’re interested in helping. Now to the issue at hand.

Why is “The ‘fairness’ bill (is) an attempt to turn Oklahoma businesses and citizens against the Tribal Nations?” Read on. 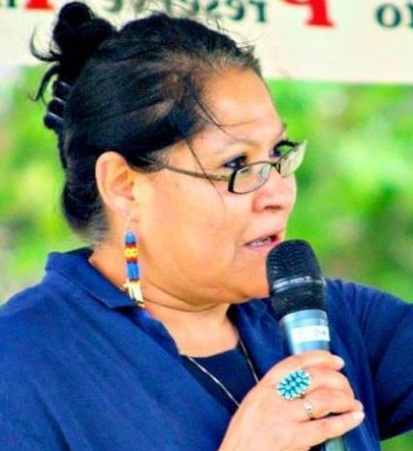 U.S. District Judge James Payne rendered a ruling on Jan. 23 that said Osage Nation employees are not exempt from paying state income taxes and that Osage County is not the Osage Reservation’s boundaries.

His decision came by summary judgment, which prevented the Nation from going to trial. This case has been ongoing for nearly eight years according to Chief Jim Gray of the Osage Nation, so the timing of a summary judgment against the tribe is particularly telling as to the State’s intent on minimizing the Osage’s sovereign status. On February 6th, the Osage Tribe filed a motion to reconsider in federal district court with three casinos, hundreds of employees, an array of business operations and over 2000 square acres of land at stake. Never mind that since at least 1865, prior to statehood, the Osage Nation has generally been thought of as the boundaries of Osage County. In fact this boundary has been generally agreed upon for over a hundred years by the State of Oklahoma and its citizens.

Just the day before the Osage Nation’s filing (Feb. 5), the Oklahoma Tax Commission and the State Attorney General filed a lawsuit in Tulsa District Court against more than a dozen Creek Nation smoke shop owners and several Creek Nation officials, alleging that they conspired to violate federal and state laws governing cigarette sales in Oklahoma. The Tax Commission says the conspiracy is costing the state millions of dollars in tax revenues that are designated to be spent on health initiatives and to reduce the number of smokers in Oklahoma. The Muscogee (Creek) Nation has refused to sign a tribal compact with the State for the last four years. What does a tobacco compact do? It is an agreement between the tribal nation and the state that the tribe will pay “x” amount off the top of each cigarette pack sale in lieu of paying state taxes. Most were placed in effect for at least ten years or more.

In earlier times, tribes agreed to the tobacco compacts to forego the hassle from the State in order to get a revenue stream initiated and established. One tends to believe that if the State of Oklahoma had negotiated with the Muscogee (Creek) Nation in good faith then they would be more apt to sign a tobacco compact. However, that is their right to not sign an agreement as well. The Muscogee (Creek) Nation is one of the few tribal nations that operate their own Health System and comprehensive Tobacco Prevention Program. In fact, the Muscogee (Creek) Nation imposes their own internal tax on cigarettes that goes directly to the Tobacco Prevention Program. Since the tribal nation is providing health and tobacco prevention programs directly to their citizens already then there is no need to fund the rest of the State.

Both of these lawsuits illustrate an action on the part of the State of Oklahoma to derail tribal sovereignty for financial gain. Both the Osage Nation and the Muscogee (Creek) Nation are doing well with a number of business enterprises and are providing for their citizens through a number of programs. Funds spent on legal fees, travel to and from courts, the time of administrators, lawyers consultations, etc., is taking money away from the resources available to the people they employ and service. Not only do tribal nations provide for their own citizens within their jurisdiction, they also spread their dollars around the state in a number of ways such as contributing to roads and bridges, land projects, building offices, and farming. The pay those Tribal employees receive is spent in their own communities. More funds spent on fighting the state reduce the amount available for business operations, services, health and social programs.

Bills pertaining to American Indians in the Oklahoma State Legislature

As with almost every legislative session, there are a number of bills introduced in the Oklahoma State Legislature pertaining to American Indians. Significant to the American Indian population was SB 765, which created the Oklahoma Anti-Discriminatory Mascot Act, restricting hateful, derogatory and demeaning mascots in public schools, was defeated before it even came out of Committee. Still alive are House Bill 1002 which would exempt any business within 25 miles of a tribal business from collecting sales taxes. Author Representative David Dank said the bill would require businesses sell “like products” with the tribal stores to get the exemption. House Bill 2271 would require that compacts between tribal governments and the state be approved by the Legislature. And once again a Secretary of Native American Affairs Cabinet position has been introduced as HB 2231. Of all those introduced, SB 765 meant the most to American Indians’ self worth and pride, so of course it was defeated quickly, while the most harmful HB 1002 touted as the “fairness” bill is still alive.

The “fairness” bill is an attempt to turn Oklahoma businesses and citizens against the Tribal Nations. By making the tribal nations out to be a big bad wolf, the State can turn public opinion against their operations and hence reduce the number of customers utilizing their services and buying their goods. The reason tribal nations have a sovereign status is based on the US Commerce Clause and all business dealings with them are controlled by Congress. This is a very negative bill for Oklahoma tribes in that what small amount of competitive advantage that they have because of their status is now being threatened. Looking at small towns across Oklahoma one can see main streets that are like ghost towns, many small businesses were shut down because they could not compete with the big businesses of Wal-Mart and Walgreen’s, for example. Never has the Oklahoma State Legislature had a bill introduced to level the playing field for communities that were shut down by big business who could offer lower prices due to economies of scale and buying power.