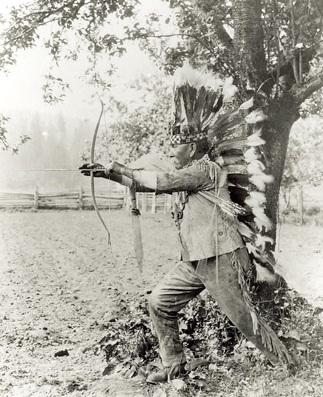 I was notified yesterday that I’m being sued in Tribal Court by two members of the Siletz Tribe’s Election Board for statements I made during my 2009 campaign for Tribal Council.  Specifically, I pointed out to the membership that Election Board members accepted payments for their services on the election board, in violation of the  tribal Election Ordinance which clearly stated that, “Election Board members shall serve without pay”.

Election Board Chairman Tracey Worman and Vice-Chairman Kurtis Barker are the plaintiffs in the suit.  They accepted the illegal payments in the last three tribal elections.  Tribal Council member, Tina Retasket, also accepted payments while she served on the Election Board in the weeks just before she began her successful campaign for the 2008 Tribal Council.  Retasket is not a party to the suit.  They all deny taking illegal payments, but I stand by what I wrote as being well-established by facts in the public record.

This lawsuit is latest effort to suppress criticism of the current tribal government.  It is certainly meant to silence me as a candidate.

When I first decided to run for tribal government, I was an unknown, a dark horse candidate for Tribal Council in 2008.   I made a respectful showing that year.  The following year, in 2009, I came within 56 votes (that’s 2% of the total votes cast) of being elected, in spite of the fact that the Election Board refused to print my statement in the Voters Pamphlet – an unprecedented event in our history – which put me at a substantial disadvantage in the polling.  I still came within a 2% margin of being elected in the last election. This has the entrenched powers on the Tribal Council worried.  Over the past two years, as a reform candidate for our Tribal Council, my support has grown dramatically amongst the voters.  The members of our tribe are increasingly aware of the problems in our tribal government with lack of transparency, inappropriate investments, and election board bias.

In the upcoming 2010 election, I’ll be challenging Tribal Chairman Delores Pigsley and her nephew, Tribal Vice-Chairman Bud Lane, for their seats on the tribal council.  For the past two years, my statements have been heavily censored or rejected in the tribal newspaper (by the editor, General Manager Brenda Bremner, who is also Chairman Pigsley’s niece).  I’ve been silenced in tribal meetings by Chairman Pigsley, but I continue to communicate with tribal members via direct mail, word of mouth, and my website http://www.siletz.net .

The documentation for the lawsuit is published at my website at http://siletz.net/forum-topic/… .