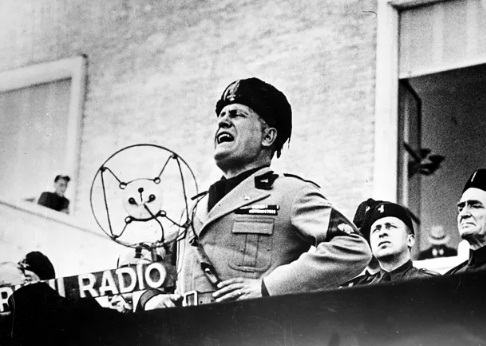 To start, let’s put Apocalyptic Christianity into a historical perspective.

From the moment of its birth Christianity had envisioned the end of the world. Saints and theologians differed on many details about the end, but few disagreements were as intense as those concerned with the nature and timing of the events involved. There were those who believed that as the end drew near conditions on earth would grow progressively dire, evil would increase, love would diminish, the final tribulations would be unleashed-and then suddenly the Son of Man would appear: he would overcome Satan, judge mankind, and bring an end to history. Others had what is generally thought to be a more optimistic view: before reaching the final grand conclusion, they claimed, there would be a long reign of peace, justice, abundance, and bliss; the Jews would be converted, while the heathens would be either converted or annihilated; and, in certain versions of the prophecy, this Messianic Age of Gold would be ushered in by a Last World Emperor-a human saviour-who would prepare the way for the final cataclysmic but glorious struggle between Good and Evil, whereupon history would end with the triumphant Second Coming.

Trail Of Tears: Moving Beyond The Myth Of America

Are there generalized demonizations of liberals within the genre of fundamentalist Christianity?

The liberal media is not only the devil’s best device for corrupting human society; it’s his most diabolical device.

I believe Satan is behind all liberal movements.

Who but Satan could run a city and a political party that fights against morality, and specifically considers efforts to prevent sexually transmitted diseases, teen pregnancy, drug abuse, and suicide “fascist” and dangerous?

“A few of these prominent liberals who are trying to demoralize the country,” she says. “Just take a couple of these anti-war people off to the gas chamber for treason to show, if you try to bring down America at a time of war, that’s what you’ll get.”
She squints at the sun and smiles. “Then things’ll change.”

‘The Surge Won’t Work, But Concentration Camps Might Do The Trick’

Make no mistake: those means were cruel. I have stated previously that I endorse cruel things in war â?” to eschew them is folly. The British achieved victory over the Boers by taking their women and children away to concentration camps, by laying waste to the countryside, and by dotting the veld with small garrisons in blockhouses at regular intervals.

Read these two excerpts and draw your own conclusions, remembering thatNazi War Criminals came to the U.S. after WWII.Temporarily, substitute the word “Liberal” for the word “Jew” in an effort to draw correlations from past to present. To accentuate, I mean temporarily. These are amongst the most evil words ever spoken. They are from the time of the Jewish Holocaust. Mussolini’s “Doctrine of Fascism” is included afterwards. If the rhetoric of now weren’t so comparable to the rhetoric of then and even glorifying it, then I wouldn’t think it would be appropriate. It is appropriate to today on American soil in a comparison of the rhetoric, yet some say we are inching closer and closer.
There are instances, such as the Rwandan Genocide, in which it is completely comparable. I can’t accentuate enough the spirit of respect and appropriate context in which it must be compared.

Continuing, Hagee has stated indirectly that it is not “Jews” (who are “The apple of God’s eye,” he said) who are “poisoned,” it is “liberals” who are “poisoned.” Hagee and those like him are against the ideas of liberalism, and have demonized people with liberal philosophies. Brace yourself as you read “The Decent Jew” by the Nazi Hanns Oberlindober from the year 1937 and the “Doctrine of Fascism” by Mussolini himself from the year 1932 (bold and underline mine).

To the following source:

Despite the sensitivity of the democrats to the world’s moaning and groaning, the warmongering incitement of the so-called world press and the agonized howls of those of your nature and religion, the National Socialist people’s and state leadership has only done its simple duty to the German people, namely to investigate and determine the results and consequences that the “good Germans” and “decent Jews” have left behind for the German people, and to ensure that there will never again be a time of unlimited or concealed Jewish domination.

I say Jewish domination intentionally, for there is no more dreadful tyranny than when world Jews enslave their host people through their willing, bribed, and obedient democratic lackeys.

If our house be on fire, without inquiring whether it was fired from within or without, we must try to extinguish it.

There’s a fire to put out.

The Christian Right and the Rise of American Fascism

Dr. James Luther Adams, my ethics professor at Harvard Divinity School, told us that when we were his age, he was then close to 80, we would all be fighting the “Christian fascists.”

The warning, given to me 25 years ago, came at the moment Pat Robertson and other radio and televangelists began speaking about a new political religion that would direct its efforts at taking control of all institutions, including mainstream denominations and the government. Its stated goal was to use the United States to create a global, Christian empire. It was hard, at the time, to take such fantastic rhetoric seriously, especially given the buffoonish quality of those who expounded it. But Adams warned us against the blindness caused by intellectual snobbery. The Nazis, he said, were not going to return with swastikas and brown shirts. Their ideological inheritors had found a mask for fascism in the pages of the Bible.

He saw in the Christian Right, long before we did, disturbing similarities with the German Christian Church and the Nazi Party, similarities that he said would, in the event of prolonged social instability or a national crisis, see American fascists, under the guise of religion, rise to dismantle the open society.
He despaired of liberals, who he said, as in Nazi Germany, mouthed silly platitudes about dialogue and inclusiveness that made them ineffectual and impotent. Liberals, he said, did not understand the power and allure of evil nor the cold reality of how the world worked…