Please post your news items in the comments. Thanx.

“OVERSIGHT HEARING on The Preventable Epidemic: Youth Suicides and the Urgent Need for Mental Health Care Resources in Indian Country”

From the U.S. Senate Committee on Indian Affairs 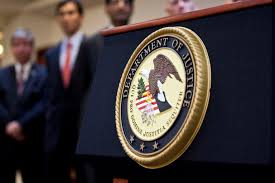 Flagstaff, Ariz. » The U.S. Department of Justice is seeking the help of students to identify American Indians who might be victims of radiation exposure.

Congress passed the Radiation Exposure Compensation Act in 1990, authorizing funding for people who worked in the uranium mining industry or nuclear weapons testing between 1942 and 1971 and contracted cancer or other diseases from radon exposure.

Most applications are filed by people living in the Four Corners region, but American Indian tradition and customs can make successful claims difficult.

Students can hear more about the part-time internships at Northern Arizona University on March 29, the University of New Mexico in Gallup on March 30 and at Dine College in Shiprock, N.M., on March 31.