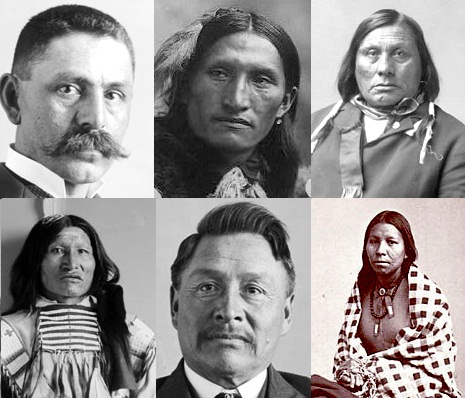 I’ve been working so hard the past couple of weeks that I don’t know what the local talk is about this – none of my phone calls this morning found anyone I needed at their offices or home.  My brother-in-law is at a conference in Rapid City and will be home Sunday, so I should be able to learn some from him then if not before.

Rodney Bordeaux, chairman of the Rosebud Sioux Tribe, said his community has no desire to join the breakaway nation. Means and his group, which call themselves the Lakota Freedom Delegation, have never officially pitched their views to the Rosebud community, Bordeaux said.

“Our position on that is we need to uphold the treaties, and we’re constantly reminding Congress of that message,” Bordeaux said. “We’re pushing to maintain and to keep the treaties there because they’re the basis of our relationship with the federal government.”

Comments at the Argus Leader

“This is an historic day for our Lakota people,” declared Russell Means, Itacan of Lakota. “United States colonial rule is at its end!”

“Today is a historic day and our forefathers speak through us. Our Forefathers made the treaties in good faith with the sacred Canupa and with the knowledge of the Great Spirit,” shared Garry Rowland from Wounded Knee. “They never honored the treaties, that’s the reason we are here today.”

“In order to stop the continuous taking of our resources – people, land, water and children- we have no choice but to claim our own destiny,” said Phyllis Young, a former Indigenous representative to the United Nations and representative from Standing Rock.

Property ownership in the five state area of Lakota now takes center stage. Parts of North and South Dakota, Nebraska, Wyoming and Montana have been illegally homesteaded for years despite knowledge of Lakota as predecessor sovereign [historic owner]. Lakota representatives say if the United States does not enter into immediate diplomatic negotiations, liens will be filed on real estate transactions in the five state region, clouding title over literally thousands of square miles of land and property.

Young added, “The actions of Lakota are not intended to embarrass the United States but to simply save the lives of our people”.

Following Monday’s withdrawal at the State Department, the four Lakota Itacan representatives have been meeting with foreign embassy officials in order to hasten their official return to the Family of Nations.

Lakota’s efforts are gaining traction as Bolivia, home to Indigenous President Evo Morales, shared they are “very, very interested in the Lakota case” while Venezuela received the Lakota delegation with “respect and solidarity.”

“Our meetings have been fruitful and we hope to work with these countries for better relations,” explained Garry Rowland. “As a nation, we have equal status within the national community.”

Education, energy and justice now take top priority in emerging Lakota. “Cultural immersion education is crucial as a next step to protect our language, culture and sovereignty,” said Means. “Energy independence using solar, wind, geothermal, and sugar beets enables Lakota to protect our freedom and provide electricity and heating to our people.”

The Lakota reservations are among the most impoverished areas in North America, a shameful legacy of broken treaties and apartheid policies. Lakota has the highest death rate in the United States and Lakota men have the lowest life expectancy of any nation on earth, excluding AIDS, at approximately 44 years. Lakota infant mortality rate is five times the United States average and teen suicide rates 150% more than national average. 97% of Lakota people live below the poverty line and unemployment hovers near 85%.

“After 150 years of colonial enforcement, when you back people into a corner there is only one alternative,” emphasized Duane Martin Sr. “The only alternative is to bring freedom into its existence by taking it back to the love of freedom, to our lifeway.”

We are the freedom loving Lakota from the Sioux Indian reservations of Nebraska, North Dakota, South Dakota and Montana who have traveled to Washington DC to withdraw from the constitutionally mandated treaties to become a free and independent country. We are alerting the Family of Nations we have now reassumed our freedom and independence with the backing of Natural, International, and United States law. For more information, please visit our new website at www.lakotafreedom.com.

Descendants of Sitting Bull, Crazy Horse break away from US (AP 12/20)