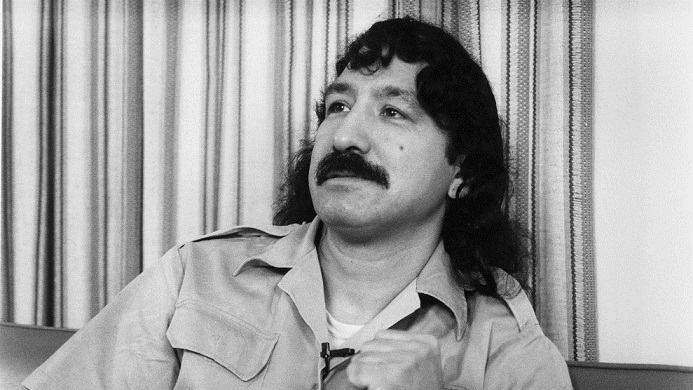 Leonard Peltier is one reason I can’t support Hillary Clinton for president.  I was one of thousands who petitioned Bill Clinton to grant Leonard a pardon. Thanks to Harvey Wasserman for reminding others of the history of Peltier and Bill Clinton.

The disagreements are deep and generally predictable. But it is equally predictable that there is one issue—one man— being totally ignored by the mainstream media. His case marks the moral low point of the Clinton Era. He deserves to be a part of the primary process.

His name is Leonard Peltier.

Bill Clinton was thoroughly and repeatedly briefed on the Peltier case throughout his presidency. Yet eight years came and went, and Leonard Peltier was left to rot. Desperate last-minute pleas as he prepared his final pardon list were to no avail. It would have been easy enough for Clinton to “triangulate” by merely ordering that Peltier get a new trial.

Yet Bill Clinton left the White House fully aware that George W. Bush would do no such thing.

This is not an issue that should go unmentioned in these early primaries. Hillary Clinton is most certainly aware of the case of Leonard Peltier. She should be asked early and often whether she, as president, would have the courage and commitment to justice to at very least grant Leonard Peltier the new trial her husband would not. All the other candidates on both sides of the aisle should be asked the same thing.

We cannot save our national soul without bringing justice to bear for Leonard Peltier. No one should enter the White House without a clear commitment to doing just that.

The full article is here.

Dennis Kucinich is the only candidate I am aware of, who has given any time or mention to Native American issues.

I have written all of the other candidates asking for their positions on issues like Peltier, the Cobell, sovereignty and trust issues, etc.  Not a single reply from any candidate.

I hope that others here, will also write the Democratic candidates and ask them to speak on what their positions on Native American issues are.