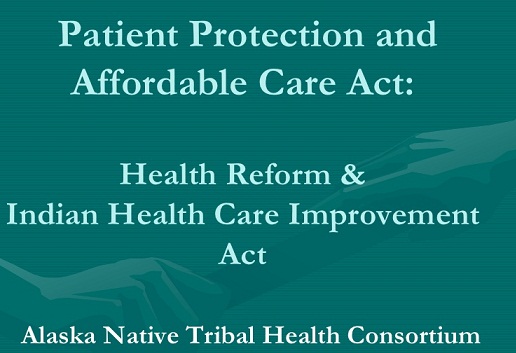 President Bush’s threat to veto a bill intended to improve health care for the nation’s American Indians is both cruel and grossly unfair. Five years ago, the United States Commission on Civil Rights examined the government’s centuries-old treaty obligations for the welfare of Native Americans and found Washington spending 50 percent less per capita on their health care than is devoted to felons in prison and the poor on Medicaid.

The legislation will try to remedy the ‘shameful situation’ facing American Indians.

The sponsor of the bill is Senator Byron Dorgan (D-North Dakota). Senator Dorgan highlights some of the things the bill will address.

• Seeking to address the lack of access to health care services, due to limited hours of operation of existing facilities and other factors, by establishing grants for demonstration projects that include a convenient care services program as an alternative means of health care delivery;

• Addressing the $1 billion backlog in needed health care facilities, such as alcohol and substance abuse treatment centers, and $1 billion in unmet need for sanitation facilities in tribal communities;

But these are things that Bush will block.

A bipartisan bill to begin repairing this shameful situation is now on the Senate floor. It takes aim at such long neglected needs as the plight of urban Indians, who account for two-thirds of the nation’s 4.1 million tribal population. Most of the American Indians and Alaska natives living in cities are either ineligible for, or unable to reach, the limited help of the Indian Health Service’s reservation-based programs. During the Bush years the White House has sought to eliminate – not bolster – the severely underfinanced Urban Indian Health Program.

The nation has clear legal and moral obligations to protect the welfare of Native Americans. Congress must rebuff President Bush’s veto threat and vote overwhelmingly to strengthen and reauthorize the Indian Health Care Improvement Act.

The New York Times is right, America does have legal obligations to American Indians. Here’s one! In exchange of the land (that was stolen) the US government agreed to compensate American Indians by providing health care. The agreement is based upon the many treaties the United States signed with Indian nations.

Indians have not, however, received their fair share of federal health care, especially in light of this heightened duty the U.S. owes them. In fact, a July 18, 2003 study by the U.S. Commission on Civil Rights entitled “A Quiet Crisis” found that

Clearly, the United States is not fulfilling its treaty and trustee responsibility to provide health care to American Indian people.

The government’s broken promises, neglect, and ignoring of American Indians is not new. But the Bush administration continues the tradition of letting the disastrous results of  colonialism & conquest  live on– living unabated in the myriad social and economic problems American Indians face.

Senator Byron Dorgan shows us the human face of America’s failure to fulfill its promises. He  wants us to know Ta’Shon Rain Littlelight

a 5-year-old Crow girl from Montana who died in her mother’s arms the night before she was to see Cinderella’s Castle at Disney World because her cancer was not diagnosed early.

“Avis Littlewind, a 14-year-old girl who lay for 90 days curled up in a fetal position on her bed before killing herself because no treatment center existed on her reservation to help her”

The list could go on for those who have languished. These stories highlight the urgency of what’s at stake.

Bush said he wants to help American Indians. But what does he intend on doing besides giving cheap lip service? Bush stands in the way of help. The bill could improve the quality of lives and save lives. Yet Bush will deny it because the “bill would also require that the Davis Bacon Act, under which contractors and subcontractors must pay workers locally prevailing wages and fringe benefits, be applied to some of the projects.”

The Davis Bacon Act might be the present excuse, but the Bush administration’s hostility of renewing the bill has already been known. Robert Miller(again) writes

In late 2006, a Justice Department “white paper” that opposed the bill was circulated to conservative Republican Senators. (The Department now denies that anyone was authorized to circulate it.) Some Republican senators put a hold on the IHCIA reauthorization bill and thus prevented the bill from being considered in the last days of the 109th Congress.

The National Indian Health Board has called on President Bush and Attorney General Gonzales to withdraw this white paper and their objections to the IHCIA, but the Republican Policy Committee has informed senators’ offices that it will continue to oppose reauthorization of the IHCIA, claiming that it is “race-based” legislation.

In a Senate hearing on March 9, 2007, Sen. Byron Dorgan, D-N.D., slammed the white paper, taking the White House and Department of Justice to task for the manner in which it was released and its contents. Republican Sens. Craig Thomas, Wyo., and Lisa Murkowski, Alaska, also voiced concerns about the Department’s stance on the IHCIA reauthorization and how the bill was killed in the 109th Congress.

This modest bill could help save lives & improve the quality of life of American Indians. Is it too much to ask to help make some ammends for utterly abject treatment of American Indians through out history?  Senator Mitch McConnell (R-KY) said of the bill “American lives will not depend on the passage of Indian health care by the end of this month.”

I guess the mindset is ‘American Indians have been neglected so long what’s another month or two?’

There should be no more delay. It is time to pass the Indian Health Care Improvement Act now.