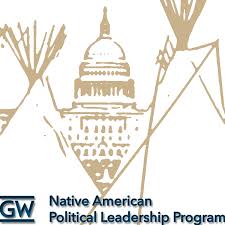 Many of you are familiar with Wellstone Action, an incredibly effective organization that was founded following the deaths of Senator Paul and Sheila Wellstone.  One of it’s primary missions is to train activists, candidates, and campaign operatives across the country, and to strengthen progressive infrastructure and organizations in the process.  It is a highly successful organization and you can read more about it here.

One of their most promising programs is the Native American Leadership Program (NALP), which was established in 2008 and which trains current and future leaders in Indian Country.

Wellstone Action says the following about this innovative program:

“Continuing Paul and Sheila’s commitment to Indian Country, the Native American Leadership Program (NALP) exists to strengthen Native American leadership and civic engagement.There is increased demand in tribal communities for training on organizing to address such issues as increasing jobs and opportunities, lack of political representation, inadequate access to education and health care, environmental challenges, and high rates of domestic and sexual assault. In partnership with tribes in Minnesota, South Dakota, North Dakota and throughout the country, this program will provide leadership and civic engagement skills training, culturally-specific training curricula, highly-skilled Native American trainers, and technical support for the creation of community action plans, to create a pipeline of Native leaders who are ready to step into key leadership positions in their communities.”

It is an exceptional program, led by one of the most dynamic administrators and trainers that I have ever met. (If you’re looking for bona fides, Al Franken is a huge fan of hers. ‘Nuf said.)

Here’s a little more about her:

Peggy Flanagan is the Director of the Native American Leadership Program at Wellstone Action. A member of the White Earth Band of Ojibwe in Minnesota, Peggy was elected to the Minneapolis School Board in 2004 and is the first Native American to serve on that body. She has worked as Director of Community Outreach for the Minnesota Democratic-Farmer-Labor Party (DFL), as coordinator of Urban Immersion Service Retreats for the Greater Minneapolis Council of Churches, and as Project Manager for Parents Plus, a school readiness program at the Division of Indian Work in Minneapolis.

Peggy is a state director for INDN’s List, the only grassroots political organization devoted to recruiting and electing Native American candidates, and was the First Americans GOTV Coordinator for the Minnesota DFL on behalf of the Barack Obama Campaign for Change and Al Franken for Senate campaigns in 2008. In 2004, she worked as the Native American Community Coordinator for the Kerry-Edwards campaign in Minnesota. Peggy has served on the boards of several community organizations, including the Catholic Campaign for Human Development, Minneapolis Youth Coordinating Board, Native Vote Alliance of Minnesota, and Young Elected Officials Network (a program of People for the American Way). She received her B.A. in American Indian Studies and child psychology from the University of Minnesota in 2002.

The Native American Leadership Program (NALP) is in the running for a $50,000, grant from the Pepsi Refresh Project, the grantmaking program in which decisions are made entirely by the public.

Let me say that again:  the grant recipients are determined entirely by popular vote.

As an alumna of Camp Wellstone and a serious supporter of Wellstone Action, and as a politcal volunteer who has done substantial work in Indian Country (mainly in New Mexico), I received an e-mail from them this week asking me to vote and to spread the word about this very easy way to support the Native American Leadership Program (NALP).

We are excited to let you know that our Native American Leadership Program has the opportunity to compete for a $50,000 grant!  But we need your help to ensure our victory.

We’re calling on all of our friends and supporters to become a daily voter, and encourage your networks to Get Out the Vote for Wellstone Action and the Native American Leadership Program!

What:  Pepsi Refresh Everything Challenge

How:  Sign up to be a daily voter.  You will receive an e-mail reminder each day, but only through the month of September.  Simply click and vote for Wellstone Action each day.

Why:  If we are in the lead at the end of the month, NALP will receive a generous grant to help continue the important work in Indian Country.

Thanks for your support, and don’t forget to vote for NALP this month!

We are the perfect community to rock this vote.  You can vote online or by text and you can –and should! — vote every day until the end of this cycle, which is September 30.  You have to sign up to vote, which probably means some spam from the sponsor, but wouldn’t it be worth it to know that we helped make this huge contribution to one of the foremost organizations in the nation supporting progressive leadership training in Indian Country?

Vote today— and every day through September 30.  And please spread the word to family and friends, and post to Facebook and Twitter, if you are so inclined.

Thanks and please leave a note below after you vote.  It’s always motivating to see the impact that we can have as a community!

P.S. Some recs over at DK wouldn’t hurt either 🙂