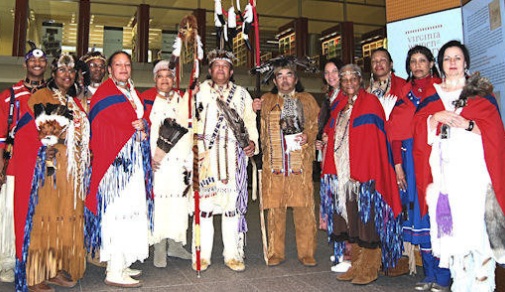 There is a provision in current law that allows unrecognized tribes to gain recognition through appeal to the Bureau of Indian Affairs.

Virginia’s Racial Integrity Act of 1924 has hurt the Virginia tribes in their prior appeals to the BIA, according to the Washington Times. Tribe officials say the Act forced Indians to identify themselves as “colored” and led to the destruction and alteration of genealogical records.

Tribal proponents say the Virginia law amounted to a “paper genocide” and makes the bureau process difficult for the six groups, although there are some genealogical records that do exist and have been submitted to the bureau. Va. Gov. Tim Kaine called the vote “a major step towards reconciling an historic wrong for Virginia and the nation.”

Instant racism for your Android device