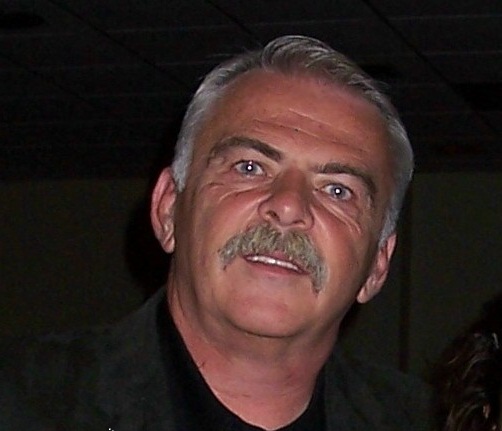 Dr. Blair Rudes was a linguist & scholar of American Indian languages from UNC Charlotte. He died at the age of 57 from a heart attack.

Word has spread slowly about the death last month of Dr. Blair Rudes.

The linguist and renowned translator of American Indian languages died of a heart attack after working out at a gym near UNC Charlotte.

Some students got the word from professors and classmates.

And some of the people most touched by Rudes’ work — members of the Algonquan, Tuscarora and Catawba tribes — are still learning of the news

The last known speaker of Algonquian died in the 18th century. But Rudes helped restore the language.

Sara Whitford of the Coastal Carolina Indian Center learned the news Friday from me. “I’m devastated,” said Whitford, who has roots among the coastal Algonquans and Tuscarora of Eastern North Carolina.

She and Rudes became friends when he worked on restoring the Algonquian language for the 2006 film “The New World.”

My heart is broken for the work he won’t be able to do, but his legacy will live on,” she said. “Not everyone can say they have done what he has done, giving a language back to its people.”

Because Rudes had no family in Charlotte, his academic family in the English Department is fielding calls from people across the nation and arranging for a memorial service, said Pereira.

Representatives of the Catawba, Tuscarora and Powhatan nations will take part in the memorial service, Pereira said.

There is a nice tribute to Dr. Rudes over at Life After Jerusalem.

Dr. Rudes was an excellent researcher and a friend to the Indian tribes of South Carolina. He will be missed.

As a scholar, Dr. Rudes is best known for writing the Tuscarora-English/English-Tuscarora Dictionary, which the University of Toronto Press published in 1999. He also edited several other books and published over 20 articles in scholarly journals. At the time of his death, he was completing a three-volume work titled The Catawba Language.

In recent years, Dr Rudes received several important honors. In 2006, the Tuscarora Indian Nation honored him for his contributions to preserving the Tuscarora language. In 2007, the South Carolina General Assembly passed a bill honoring Dr. Rudes for his contribution to the South Carolina Commission for Minority Affairs. Most recently, the State University of New York at Buffalo (where Dr. Rudes received his Ph.D. in 1976) gave him with their Distinguished Alumni Award.

It is the flash of a firefly in the night.

It is the breath of a buffalo in the wintertime.

It is the little shadow which runs across

the grass and loses itself in the sunset.” Crowfoot

I pray that Dr. Rudes spirit will be in peace.