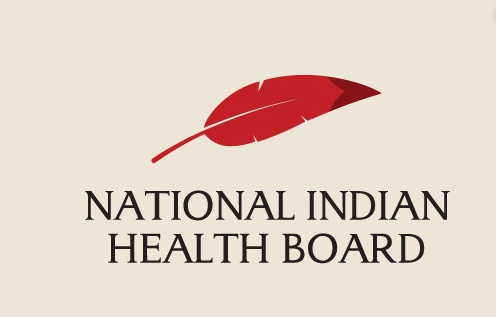 Brief anecdotes are acceptable, no requirement to include actual names or other sensitive details.

In the past, the focus of story banking and advocacy work targeted success stories for AI/ANs securing health insurance coverage on the Health Insurance Marketplace. However, with a new era of health care reform on the horizon, Tribal communities may begin to experience changes to the benefits they’ve accessed up until now. NIHB is committed to ensuring that these gains are not lost, but in fact, increased under the current administration and congress. It is for this reason that listening to, collecting, and amplifying stories on the positive impacts that health coverage resources have made for Tribal communities is so important.

Recent efforts for health care reform include: restructuring Medicaid, the Health Insurance Marketplace, and the private insurance market. Specifically, there are efforts to change Medicaid payments by per-capita allocation to states, move away from Medicaid Expansion, give more flexibility to the states to determine eligibility and services for their Medicaid programs, and dissolve government subsidies supporting the Health Insurance Marketplace. Each one of these actions has impacts on the Tribal level…

…NIHB staff is willing to work with you to help capture your story. You can submit your stories online here!

NIHB Is seeking to hire qualified candidates for several positions based in Washington, DC.

…The NIHB is a mission-driven, fast-moving environment where intelligence, flexibility, and good humor are valued. We operate with excellence in mind in all matters and the confidence to defend and debate ideas without ego interfering to create the best outcome possible. Since its founding by the nation’s Tribes in 1972, NIHB remains the country’s only national organization solely devoted to improving Tribal health care for all American Indian and Alaska Natives. The current open positions include:

Link to subscribe to the National Indian Health Board Report. One story in the current issue: “VA is Seeking Nominations for Advisory Committee on Women Veterans” for the 2017 membership cycle.

…The committee is authorized to [advise] the Secretary of Veterans Affairs on: the administration of VA’s benefits and services (health care, rehabilitation benefits, compensation, outreach, and other relevant programs) for women Veterans; reports and studies pertaining to women Veterans; and the needs of women Veterans. The Committee provides a Congressionally-mandated report to the Secretary each even-numbered year, which includes; an assessment of the needs of women Veterans, with respect to compensation, health care, rehabilitation, outreach, and other benefits and programs administered by VA; a review of the programs and activities of VA designed to meet such needs; and other recommendations, as the Committee considers appropriate. The Committee reports to the Secretary, through the Director of the Center for Women Veterans. The Committee meets at least two times annually, which may include a site visit to a VA field location. Considerations for committee membership include significant deployment experience, ability to handle complex issues, experience running large organizations, and ability to contribute to the gender-specific health care and benefits needs of women Veterans. Non-Veterans are also eligible for nomination. Nominations for membership on the Committee must be received by June 30, 2017, no later than 4:00 p.m. EST. Additional information … here.

THE PROGRESS MADE OVER THE LAST FEW YEARS IS AT RISK. …The American Health Care Act, the Republican bill currently making its way through Congress, does not undermine the Indian Health Care Improvement Act, a 1976 legislative promise made by the federal government to Native Americans to care and educate their community. (This act was later attached to the ACA in 2010 for funding purposes.) However, the House version of the health care bill rolls back key ACA cornerstones, like Medicaid expansion and cost-sharing protections, which will affect how the Native community gets comprehensive health care. According to Kaiser Family Foundation, Medicaid expansion has provided more coverage to the Native community by offering health care options beyond the Indian Health Service (IHS) services. It also helped expand IHS and Tribal facilities by increasing Medicaid revenues, as more patients enroll in Medicaid. In 2016, approximately 13 percent of IHS funds came from Medicaid reimbursements…. …Eliminating cost-sharing subsidies would make health insurance unaffordable for a host of communities, but many American Indians and Alaska Natives will disproportionately suffer given their community’s high rates of poverty. Compared to the overall population, Native Americans and Alaska natives have significantly higher rates of poverty (16 percent and 26 percent, respectively)... Full text at the link