The discovery of the Americas presented some difficult problems for the Christian Europeans: the people who lived in the Americas, often called Indians, did not appear in either their sacred books nor in the writings of the Greek historians. Initially, there was a great debate over whether or not American Indians were human. In order to be considered human, from a Christian European perspective, the Indians had to have the ability to reason and a soul which could be saved from eternal damnation through conversion to Christianity. Once the Pope had declared that Indians were human, the Spanish, unlike some of the other European powers, took seriously the humanity of native people. They saw them as a part of the community of God. They recognized that they had certain rights. During the 16th century the Spanish engaged in a number of intellectual debates about the Indians which culminated in the 1550-1551 debate in Valladolid. 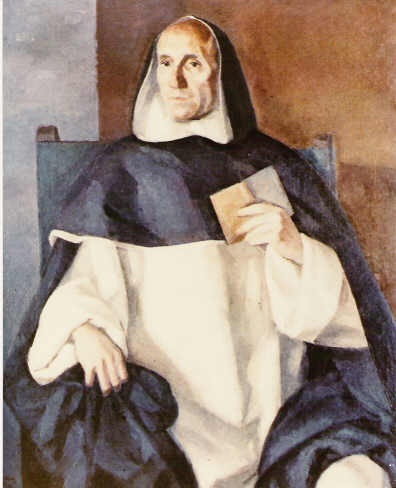 In 1532, Spanish judge Francisco de Vitoria declared that non-Christians were able to own property and therefore Indians may have title to their land. He also wrote:

“The Spaniards have the right to go to the lands of the Indians, dwell there and carry on trade, so long as they do no harm, and they cannot be prevented by the Indians from doing so.”

Also in 1532, Francisco de Vitoria gave a series of lectures in Spain on “Indians Recently Discovered” in which he pointed out that Indians had reason, law, and their own governments. Indian land rights, according to de Vitoria, cannot be ignored.

Viewing Indians as human did not mean that the Spanish would stop enslaving them or allowing them to occupy lower levels of Spanish Christian society. In 1537, Pope Paul III, in a papal bull Sublimis Deus, declared that Indians were not to be enslaved nor were they

“to be deprived of their liberty or the possession of their property, even though they be outside of the faith of Jesus Christ.”

The Spanish King, however, disagreed with the bull and confiscated all copies of the bull before it could reach the Americas. He then prevailed upon the Pope to revoke the bull.

In 1542, the Dominican friar Bartolomé de Las Casas published his eyewitness account entitled The Devastation of the Indies in which he chronicled Spanish cruelty against Native Americans in the Caribbean.

In 1544, Juan Ginés de Sepúlveda wrote a Latin dialogue, Democrates secundus, in which he argued that the Spanish wars of conquest in the Americas were just wars. The work was based on renowned medieval authorities, particularly Aristotle. Sepúlveda, using a philosophical approach, concluded that Indians were irrational beings whose inferior condition made them suitable to be slaves. Sepúlveda’s secular arguments were in stark contrast to others of this time who addressed the Indian “problem” in purely theological terms.

In 1550, King Charles, the grandson of Ferdinand and Isabella, called together a group of leading theologians and scholars in Valladolid to determine the criteria by which a just war could be waged against Native Americans. Among the questions which the group was to answer was whether or not Native Americans were capable of self-governance. Some of today’s scholars consider this to be one of the most important debates in history with regard to American Indians.

Bartolomé de Las Casas was a Dominican friar who had been the first resident bishop of Chiapas, Mexico. Among those who entered into the debate about the Indians, he was the only one who had actual first-hand knowledge of them.

Bartolomé de Las Casas presented the idea that Christianity should be spread by kindness and example rather than by the sword. Las Casas felt that Indians should be governed like any other people in Spain. He argued that Jesus had power over all people in the world, including those who had never been exposed to the Christian gospel. According to Las Casas, the Spanish had no right to subject the Indians to slavery or war, but rather, Spain’s role in the Americas should be spiritual rather than economic or political.

Juan Ginés de Sepúlveda supported the Spanish colonists, the Spanish Empire’s right of conquest, and the Spanish right of evangelization in the Americas. Sepúlveda, a philosopher and theologian  who had never been to the Americas and who had never had any personal contact with Indian people, argued that Indians were brutes who could only become the servants of civilized peoples. Philosophically, Sepúlveda made his argument based on natural law philosophy.

According to Sepúlveda, there were four reasons why the Spanish could wage a just war against the Indians: (1) they were barbarians, (2) they committed crimes against natural law, (3) they oppressed and killed the innocent among themselves, and (4) they were infidels who needed to be instructed in the Christian faith. Las Casas countered these arguments by showing that the Indians, who he conceded were ignorant and at a different stage of human development, were no less rational than were Europeans.

One of the questions raised was whether or not American Indians were capable of self-governance. Sepúlveda, using Aristotle’s Book I of Politics, claimed that Indians were natural slaves. Aristotle’s Theory of Natural Slavery put forth the idea that some people born to inferior races were natural slaves and constituted a condition of “animate possession” when held by a superior race. He wrote:

“Those whose condition is such that their function is the use of their bodies and nothing better can be expected of them, those, I say, are slaves of nature. It is better for them to be ruled thus.”

Arguing in favor of a social hierarchy in which the Indians were at the bottom, Sepúlveda wrote:

Las Casas countered that Sepúlveda’s application of Aristotle’s theory of natural slavery with regard to American Indians was incorrect. Las Casas argued that there were four types of barbarians: (1) those exhibiting cruel and wild behavior that goes against human reason, (2) those lacking a written language to express themselves, (3) those who had no understanding of justice, and (4) those who were non-Christians. Las Casas documented how Indians did not fit into the first three types. While the Indians were barbarians in that they were not Christian, Las Casas argued, this meant only that the Spanish were called to help them, not wage war against them.

The lack of private property among the Aztecs is one of the features that Sepúlveda cited in his argument promoting the natural inferiority of the Indians. He wrote:

“they have established their commonwealth in such a manner that no one individually owns anything, neither a house nor a field that one may dispose of or leave to his heirs in his will, because everything is controlled by their lords, who are incorrectly called kings. They live more at the mercy of their king’s will than of their own. They are the slaves of his will and caprice, and they are not the masters of their fate. The fact that this condition is not the result of coercion but is voluntary and spontaneous is a certain sign of the servile and base spirit of these barbarians.”

“For numerous and grave reasons these barbarians are obligated to accept the rule of the Spaniards according to natural law. For them it ought to be even more advantageous than for the Spaniards, since virtue, humanity, and the true religion are more valuable than gold or silver. And if they refuse our rule, they may be compelled by force of arms to accept it. Such a war is just according to natural law.”

According to Sepúlveda, war against the Indians would prepare the way for the preaching of the faith among them. War was necessary so that missionaries, such as Las Casas, could be successful. Pagans should be Christianized by force. As evidence, Sepúlveda cited the wars of Constantine the Great as a force for the Christianization of the pagan peoples of Europe.

In response, Las Casas asked how God could command his church to kill pagans in war in order to save them from their ignorance. Pagans such as the Indians, Las Casas argued, had to be peacefully converted to Christianity, not violently punished for their ignorance.

The debates in Valladolid did not reach any firm conclusions. Both sides would later claim that their arguments prevailed. However, Spanish authorities suppressed the detailed defense of the humanity of Native Americans prepared by Las Casas. Sepúlveda’s ideas were widely circulated and used as justification for enslaving Indians.

In 1554, Francisco López de Gómara, one of the greatest enemies of Bartolomé de Las Casas, published his Historia general de las Indias (General History of the Indians.) It is evident that López de Gómara, who had never been to the Americas, disliked Indians, as his book was filled with outrageous characterizations of them. In the book he described Indians as the worst people God had ever made and felt that they should be enslaved as they did not deserve liberty.

In 1557 Las Casas made a heated denunciation of the treatment of the Indians by the conquistadores. A member of the Royal Council replied that the Indians were too low in the scale of humanity to be capable of receiving the Christian faith. At one point, Las Casas is reported to have remarked that Indians preferred to go to Hell in order to avoid meeting any Christians.

In 1573, the King of Spain issued “Laws Concerning Discoveries, Pacifications and Settlements Among the Indians” which was an extensive series of laws about exploration, settlement and the treatment of Indians. The new laws did not speak of “conquest,” but rather of the “pacification” of the Indians.