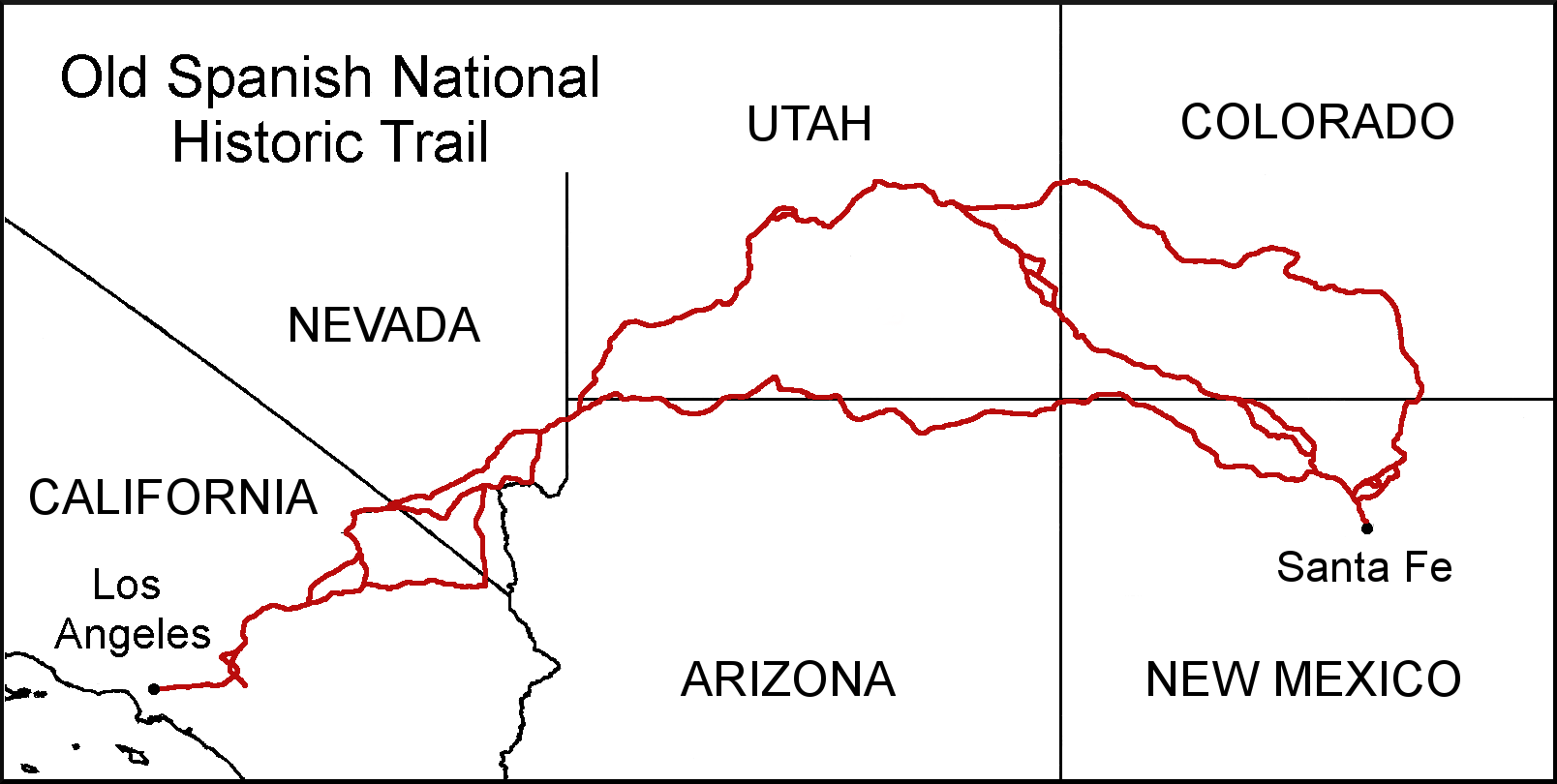 In the late sixteenth century, Spain began its formal colonization of what would become New Mexico. Juan de Oñate led a large colonizing party—129 soldiers and their families, 15 Franciscan missionaries, 83 wagons, 7,000 cattle, sheep, and goats—into New Mexico and established a colony at San Juan in the upper Rio Grande valley. The Spanish brought with them over 1,500 head of horse and mules: 1007 horses, 237 mares, 137 colts, and 91 mules.

The Spanish met with leaders from 30 pueblos, and Oñate took formal possession of New Mexico for the Spanish. The Spanish colonists ignored any possible Indian ownership of the land. In his book Pages from Hopi History, Harry James writes:  “Without any consideration of the Indians living in the area, he took possession of their lands in the name of the King of Spain and for the benefit of any of the Spanish colonists with him who might want to exploit them.”

Spanish colonists had been established in New Mexico for a century and half before Father Junípero Serra established a string of missions in California. As the Spanish colonies in California expanded, the idea of connecting the colonies in New Mexico with those in California had some appeal. It was proposed to create a trail from New Mexico to California through present-day Utah. In an article in A History of Utah’s American Indians, Dennis Defa writes:  “It was believed that if these two areas of colonization, separated by some 1,200 miles, could be connected, Spain could dominate a vast land area and add substantially to her empire.”

While the Old Spanish Trail was established as a trade route, it was a trail rather than a road. Wagons were unable to cross the full length of the trail and this meant that trade items were limited to what could be carried by mule or horse. The primary trade goods were guns, powder, blankets, and knives. One of the highly desirable trade items carried along the Old Spanish Trail was Indian slaves. Spanish slave traders would capture Indian women and children—most often Navajo, Paiute, and Ute—and then sell them at the slave markets in New Mexico and California. Indian slaves could be easily transported along the Old Spanish Trail. Once sold, the Indian slaves were often taken farther south in Mexico where they were put to work as household servants, ranch hands, concubines, and miners. Dennis Defa writes:  “Captured women and girls usually found their way into the more wealthy households as domestic servants, while men and boys were put to work on ranches and farms.”

Children were very desirable as slaves as it was easy for them to learn Spanish and the duties which they were expected to carry out. In A History of Utah’s American Indians, Robert McPherson and Mary Jane Yazzie report:  “As much as $200 might be paid for a young girl who could be trained as a domestic, while boys were worth only half that much.”

With regard to the Indian slave trade, Nancy Maryboy and David Begay, writing in A History of Utah’s American Indians, report:  “It is estimated that during the early 1800s more than 66 percent of all Navajo families experienced the loss of members to slavery. Navajo children were taken from their families and sold at auction in Santa Fe, Taos, and other places.”

When Mexico gained independence from Spain in 1821 the trade in Indian slaves continued. Nancy Maryboy and David Begay write:  “Skirmishes, slave raids, and massacres occurred with increasing frequency. The Mexicans condoned and even increased raiding and slave-taking efforts.”

The trade in Indian slaves continued after the United States acquired dominion over the Southwest. The legal nature of the slave system changed as young children would be taken from their Indian homes to be “adopted” into non-Indian homes so that they could become “civilized” and Christianized while they worked as virtual household slaves. Able-bodied Indian men could be acquired through the legal system which allowed non-Indians to acquire prisoners as “indentured servants” by paying their fines.