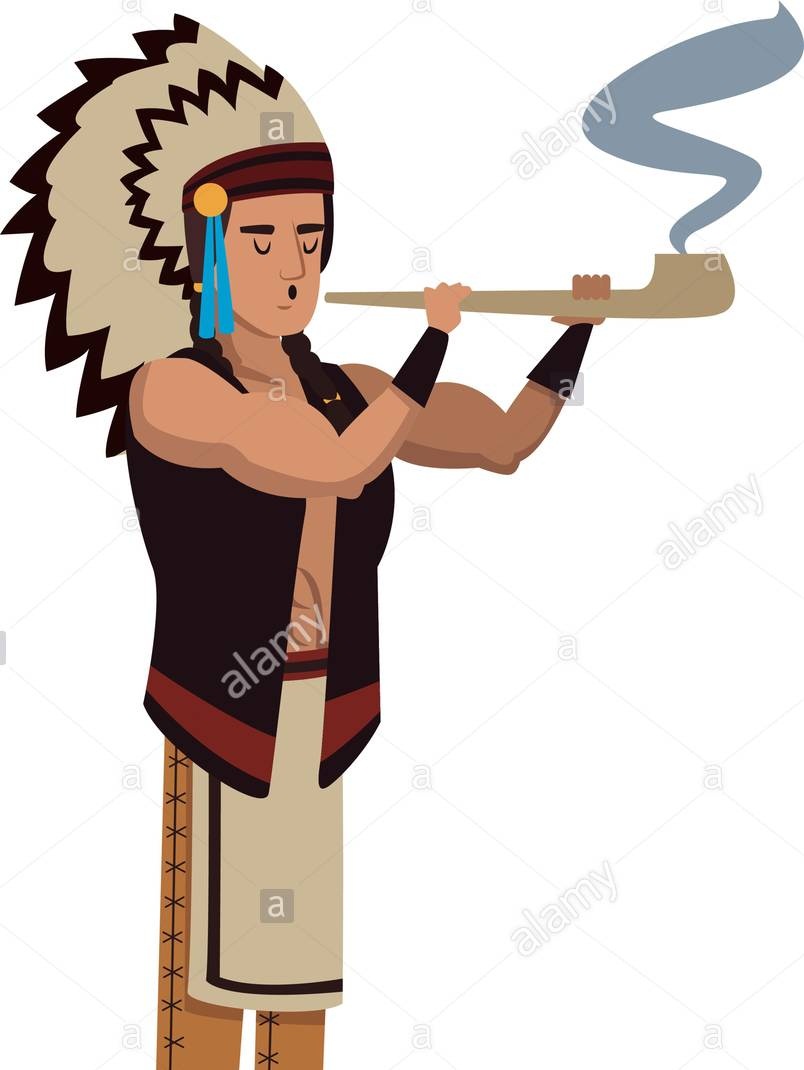 In 2011, the Altria Group, the parent company of the tobacco company Philip Morris, released a white paper urging the state of New York to clamp down on tax-free cigarettes manufactured on Indian land. Indian tribes responded by announcing that they would no longer buy famous brand cigarettes manufactured by Philip Morris (Altria), Reynolds, American and Lorillard. Instead they would manufacture and sell their own brands of cigarettes. This year, the Big Tobacco Companies, using their allies in the state and federal governments, are continuing their battle against Indian tobacco, not to reduce Indian smoking, but to increase the consumption of Big Tobacco products. With this in mind, let’s take a look at American Indians and tobacco.

The use of tobacco today, for smoking as well as other uses, is a global phenomenon, and a global health concern. Tobacco, however, is a plant which originated in the Americas and which was first used in a variety of ways by American Indians. Most importantly tobacco was, and continues to be, an integral part of Native American spirituality. The history of tobacco is partially a history of American Indians.

While tobacco grows wild in many parts of the Americas, the archaeological evidence suggests that Indian people in the Andes region of South America began to domesticate and cultivate tobacco about 7,000 years ago. The practice of growing tobacco as a crop then spread north into the tribal traditions of what is now the United States and Canada and also out to the Caribbean Islands. Shortly after the beginning of the European invasion in 1492, the use and cultivation of tobacco began to spread to other parts of the planet.

Note: for many traditional elders, photographing sacred pipes is offensive and therefore no photographs of pipes have been included in this essay.

Many Indian tribes traditionally cultivated tobacco, but cultivated tobacco was not always used for smoking. The Crow, a Northern Plains tribe, have a Tobacco Society (both men and women are members) which plants the sacred tobacco every spring and every fall they harvest it. In the spring, the members meet to discuss their dreams which give them instructions on the site for planting the seeds. The tobacco (Nicotiana multivalvis) raised by the Crow Tobacco Society was considered a holy plant associated with the stars and was not smoked. Some stories say that tobacco was given to the people at the time of creation: that Morning Star transformed himself from human into the tobacco plant in order to overcome their enemies. Other stories indicate that tobacco was the personal medicine of No Vitals, the chief who led the Crow away from the Hidatsa.  For the Crow, their destiny was linked to tobacco.

Tobacco is still used by American Indians as a spiritual offering. When asking the advice of an elder, for example, it is customary to give the elder tobacco. In gathering wild plants for ceremonial use, it is customary to leave a small offering of tobacco for the spirits of the plants. In preparing the fire for the sweat lodge, tobacco offerings are given to the fire. Ceremonially, tobacco is still an important part of Native American spirituality.

In the United States today, tobacco use-primarily cigarettes and chewing tobacco-is extremely high on Indian reservations and among Indian populations in urban areas. A report released in 2012 by the U.S. Surgeon General showed that American Indian youth (age group 12-17) and young adults (age group 18-25) are more likely to smoke tobacco than any other ethnic group. According to the report, nearly 50% of young adult Indians smoke.

Interestingly enough, there seems to be a correlation between Indian casinos and smoking: a study by the Institute on Poverty at the University of Wisconsin-Madison found that casinos reduce the probability of smoking by 9.6%.

Tobacco use is accompanied by the usual tobacco-related health problems. In many areas, the elders are attempting to tell the young people that tobacco should be used only in ceremonial context and not for recreation.