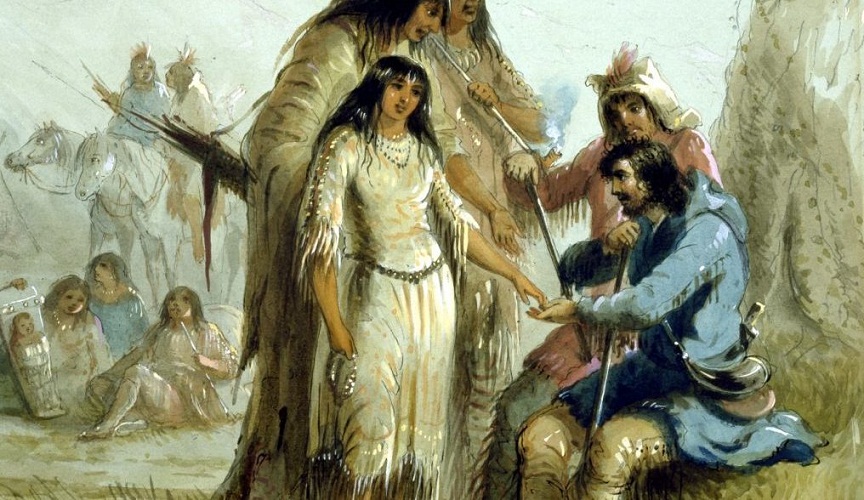 The debate over marriage in American society and the fears expressed by some conservatives that allowing diversity will somehow destroy the institution of marriage has been interesting (at some times amusing) to watch. While there appear to be some who feel that there is only one kind of marriage, in reality there are many options regarding marriage. In order to provide some additional depth to an understanding of the complexity of human marriage, I would like to discuss traditional Native American marriage.

First, however, a caution: at the beginning of the European invasion there were several hundred separate and distinct Indian cultures, each with their own view of marriage. I am about to talk about Indian marriage in very broad terms and realize that there are many exceptions to some of the generalizations which I’m about to make.

In American society, part of the discussion about marriage is really about sex. While sex was a part of traditional Native American marriage, marriage was not about sex. Prior to marriage, young people were expected to engage in sexual activities. Sex was not confined to marriage. One of the things that upset many of the early Christian missionaries was the fact that Indian women were allowed to express their sexuality and to choose their own sexual partners.

Among some contemporary American commentators, there is a view that there are only two genders: male and female. Yet, in American Indian cultures people did not make this an either/or situation. They viewed gender (and sexuality) as a continuum. Many modern Indians talk about a third sex/gender often called a berdache or two-spirit. Yet in traditional cultures, it wasn’t quite that simple. There was recognition of the feminine and masculine in all people. There was not an either/or concept of being heterosexual or homosexual. There were in traditional societies male and female homosexuals and transvestites who played important spiritual and ceremonial roles. These individuals were seen as being an important part of the community.

Traditional Native American cultures tended to be egalitarian: all people were equal. This is one of the things that bothered many of the early Christian Missionaries, particularly the Jesuits in New France, as they viewed marriage as a relationship in which the woman subjugated herself to the man. In Indian marriages, men and women were equals.

In Indian cultures marriage was neither religious nor civil. Marriage was viewed as a private matter or a family matter. There was usually no religious ceremony involved, only a public recognition of the fact of marriage. In most cases there was no actual ceremony, religious or civil.

In most Native American cultures, nearly all people were married, yet marriage was not seen as permanent. It was recognized that people would be together in a married state for a while and then separate. Divorce was neither a civil nor a religious concern-this was a private matter among the people involved. While some American commentators bemoan the negative impact of divorce upon children, in Native cultures each child had many fathers, many mothers, and many siblings. A child was not property but a member of a large family and thus had rights. (As an aside, in many Indian cultures it was unthinkable to strike a child.)

For many writers, one of the most confusing parts of Indian marriage was plural marriage. While most writers call this polygamy they are really referring to polygyny: that is, the marriage of a man to more than one woman at a time. To understand American Indian polygyny, we must begin with an understanding that marriage was an economic institution and that polygyny has to be understood in economic terms. It was not about sex.

First of all, individuals in many Indian societies had to be married to fully function in the economic system. Thus, if a woman’s husband died, she had to be married and this meant that she would often marry one of her husband’s brothers. While sex was not excluded from this new relationship, it was not the primary concern: the widow now became a part of her brother-in-law’s economic household.

In the hunting and gathering societies, such as those of the Great Plains tribes during the 19th century, if a man was a good hunter, he needed more than one wife to process the hides. Thus he might take a second wife. Very often this second wife would be a sister to his first wife since it was understood that sisters don’t fight and marriage to two sisters was seen as more harmonious. Sometimes the second or third wife would be a two-spirit, a man who had taken a woman’s role.

Polyandry-the marriage of one woman to more than one man at the same time-was common among many American Indian cultures, but tended to be unseen by the patriarchic-oriented Europeans. From the perspective of European culture, the idea of polyandry was unthinkable and seemed unnatural and thus was invisible to European observers, including most anthropologists. Yet it was fairly common and occurred in a number of ways.

To understand polyandry, it must be understood that most Indian societies were egalitarian and that women were not owned by men. Thus, a woman could choose to be married to two or more men. In some instances, the second husband would be the younger brother of her first husband. In many tribes, the younger brother would live with his older brother and sexually share his older brother’s wife as he matured into adulthood.