This is an attempt, by using the Eight Stages of Genocide by Gregory H. Stanton, to show how climate change is a human rights issue in our own backyard.

The Inuit in Alaska are the “canary in the coal mine,” while the rising sea levels from the melting Arctic ice endanger the coast line of Hawaii. As a measure of awareness and hopefully of prevention, six stages of genocide are given in word only in between quoted materials. The last two stages, extermination and denial, are not cited. Allow me to explain my justification.

If and only if the intent to commit genocide could be shown in terms of the state deliberately disallowing outside aid or the state not giving direct necessary aid itself for the sustaining of life, then it should be concluded that that said state willfully used a natural disaster as the extermination stage of genocide and then denied that extermination.

Global Warming & Human Rights Gets Hearing on the World Stage

Sheila [Watt-Cloutier] has provided a powerful description of some of the ways global warming is already affecting individuals and communities throughout the hemisphere. I would like to take a few minutes to discuss the relationship between these impacts and human rights, and what that means for the obligations of Members of the Organization of American States.

Sheila so clearly described — global warming has particular impacts on indigenous peoples throughout the hemisphere. The relationship between human rights and global warming must therefore be evaluated in the context of indigenous rights. 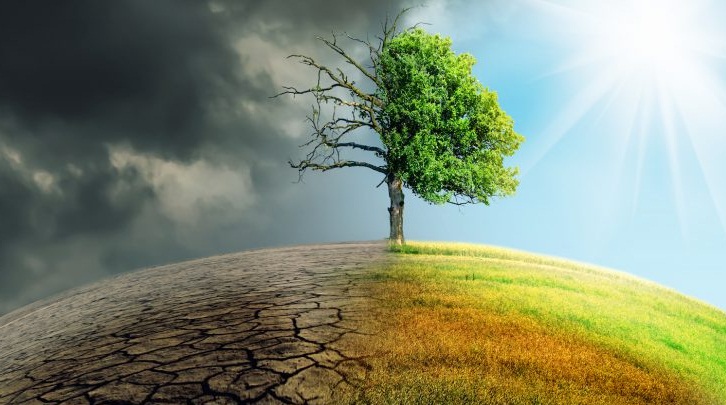 The concentration of carbon dioxide in the atmosphere has reached a record high, according to new figures that renew fears that climate change could begin to slide out of control.

Scientists at the Mauna Loa observatory in Hawaii say that CO2 levels in the atmosphere now stand at 387 parts per million (ppm), up almost 40% since the industrial revolution and the highest for at least the last 650,000 years.

Scientists say the shift could indicate that the Earth is losing its natural ability to soak up billions of tons of carbon each year. Climate models assume that about half our future emissions will be re-absorbed by forests and oceans, but the new figures confirm this may be too optimistic. If more of our carbon pollution stays in the atmosphere, it means emissions will have to be cut by more than currently projected to prevent dangerous levels of global warming.

Because indigenous peoples’ traditional lands and natural resources are essential to their physical and cultural survival, the Commission and the Court have acknowledged that environmental damage — like that being caused by global warming — can interfere with the rights of indigenous peoples to life and to cultural integrity. We must keep these principles in mind in considering the relationship of the following rights to the effects of global warming.

…it is estimated that between 3 and 7% of carbon added to the atmosphere today will still be in the atmosphere after 100,000 years (Archer 2005, Lenton & Britton 2006). This is supported by studies of the Paleocene-Eocene Thermal Maximum, a large naturally occurring release of carbon 55 million years ago that apparently took ~200,000 years to fully return to pre-event conditions (Zachos et al. 2001).

How hot is it? So hot that Inuit people around the Arctic Circle are using air conditioners for the first time. And running out of the hard-packed snow they need to build igloos. And falling through melting ice when they hunt.

To conclude, the premises is restated. If and only if the intent to commit genocide could be shown in terms of the state deliberately disallowing outside aid or the state not giving direct necessary aid itself for the sustaining of life, then it should be concluded that that said state willfully used a natural disaster as the extermination stage of genocide and then denied that extermination. Whatever the case, climate change is a human rights issue. That much is certain. The problem with unintended consequences and intended consequences is that the consequences are the same, though probably not in the same degree, when the forces of nature are involved; consequently, natural forces that human beings have unleashed or made worse by being poor stewards of the earth. What counts, is what states do after a situation that was beyond control. Whether or not the destructive forces of nature are “conveniently used” as the extermination stage of genocide and for cultural genocide for that matter will have to be watched and be questioned as –

…concentration of carbon dioxide in the atmosphere has reached a record high, according to new figures that renew fears that climate change could begin to slide out of control.

As long as there as those who idealize butchers like Stalin and there are private contractors like Blackwater, using a natural disaster for the last two stages of extermination and denial will remain more of a possibility than we would like to recognize.

…Constitutional lawyer Edwin Vieira discussed Justice Anthony Kennedy’s majority opinion…which struck down that state’s antisodomy law…Vieira accused Kennedy of relying on “Marxist, Leninist, Satanic principles drawn from foreign law… “What to do about Communist judges in thrall to the Devil? Vieira said, “Here again I draw on the wisdom of Stalin. We’re talking about the greatest political figure of the twentieth century…He had a slogan, and it worked well for him whenever he ran into difficulty. No man, no problem.’”

The Artificial Famine/Genocide(Holodomor) in Ukraine 1932-33. A Man-Made Famine raged through Ukraine, the ethnic-Ukrainian region of northern Caucasus (i.e. Kuban), and the lower Volga River region in 1932-33. This resulted in the death of between 7 to 10 million people, mainly Ukrainians. This was instigated by Soviet leader Joseph Stalin and his henchman Lazar Kaganovich.

The frightening — and possibly illegal — presence of heavily armed private forces in New Orleans only demonstrates what everyone already feared: the utter breakdown of the government.

The men from Blackwater USA arrived in New Orleans right after Katrina hit.

The company known for its private security work guarding senior US diplomats in Iraq beat the federal government and most aid organizations to the scene in another devastated Gulf. About 150 heavily armed Blackwater troops dressed in full battle gear spread out into the chaos of New Orleans. Officially, the company boasted of its forces “join[ing] the hurricane relief effort.” But its men on the ground told a different story.

Katrina, Rita and the Houma Tribe: A Nation Recovers

Louisiana may be best known as the home of Mardi Gras and the football Saints, as a stirring pot of jazz and blues and zesty cuisine. Thanks to hurricanes Katrina and Rita, it may forever be the memory stick for disaster, for images of broken levees and a stifling Superdome, and for tales of heroism and despair in now-familiar places like the Ninth Ward of New Orleans.

But it is also Indian Country, land of the mostly forgotten. It is home to the United Houma Nation, nearly half of whose members were displaced up and down the bayou, their homes battered by hurricane winds or flooded by avalanches of water.

“Our people suffered a lot, and many people don’t know that,” said Brenda Dardar Robichaux, principal chief of the Houma Nation. “We’re still recovering, and it’s been a slow process.”

Climate disintegration is a human rights issue. It is time for the United Nations to consider expanding the definition of the extermination stage of genocide in the face of present and looming climate devastation on the horizon to include a state using a natural disaster as the extermination stage of genocide, as well as the subsequent denial thereof.

The legal definition of genocide

Deliberately inflicting conditions of life calculated to destroy a group
includes the deliberate deprivation of resources needed for the group’s physical survival, such as clean water, food, clothing, shelter or medical services. Deprivation of the means to sustain life can be imposed through confiscation of harvests, blockade of foodstuffs, detention in camps, forcible relocation or expulsion into deserts.