My stepfather’s brother died with other Marines on the beach at Guadacanal during World War II.

My best high school friend was killed in the early days of the Vietnam War.

These men will be honored at next Monday’s Memorial Day ceremonies along with nearly a million of their soldier, sailor, marine, coast guard and air force compatriots who gave their lives in military service. No distinction is made between the hundreds of thousands who died fighting in wars most Americans would consider righteous and the hundreds of thousands who were killed in the furtherance of bad causes or died in vain because their criminal or reckless leaders sent them into harm’s way for greed, stupidity or empire. Those who fought in gray uniforms in a war of secession are given the same reverence, the same moments of silence, the same commemoration of sacrifice as those who wore blue into battle.

It doesn’t matter whether they were white boys from the First Tennessee Infantry Regiment who fell in the land-grabbing war with Mexico in 1847, or black soldiers of the 93rd Infantry Division fighting Germans in the war to end all wars, or Japanese-Americans of the 442nd Regimental Combat Team slugging their way through Italy while their relatives lived incarcerated in camps back home.

Whether they killed warriors and women on the banks of the Pease River in Texas, the Washita River in Kansas, Sand Creek in Colorado, or Wounded Knee Creek in South Dakota; whether they fought Shawnee in Indiana, Asakiwaki in Wisconsin, Lakota and Cheyenne in Montana, Chiricahua in Arizona, Nez Perce in Idaho or Modocs in California, the men in blue who were killed in the Indian Wars are among those who will be honored Monday. 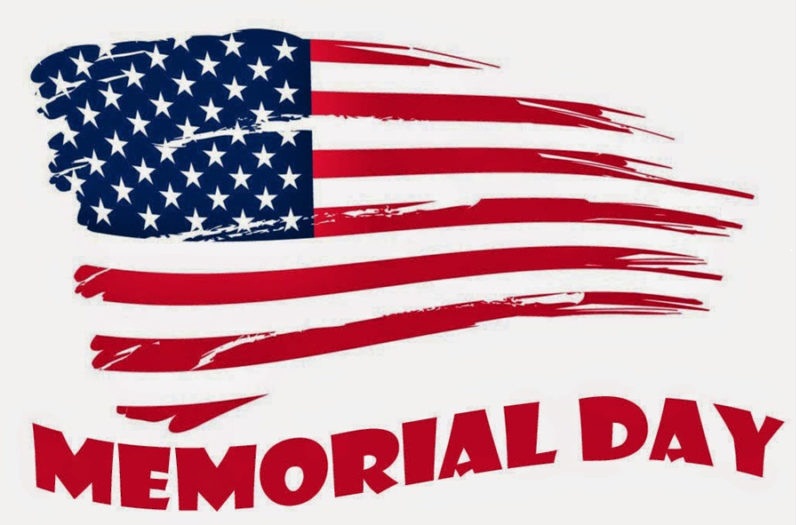 But the thousands of warriors they killed – the ancestors of us original Americans – aren’t counted for the ultimately futile but unhesitating sacrifice they made for the freedom of their people. On Memorial Day, they are invisible. Monuments to the Rebel dead can be found in practically every town of the Confederacy. Memorials to Indian resistance are next to non-existent.

Attempts have been made to correct this. In 2002, the 1909 memorial on the Denver Capitol grounds that honored the 22 soldiers killed as they and their compatriots massacred the southern Arapaho and Cheyenne at Sand Creek got a new plaque to replace the one calling that slaughter a Civil War victory for the Union. Seventeen years ago, the Custer Battlefield National Monument was renamed Little Bighorn Battlefield National Monument, and now, intermixed with the white marble 7th Cavalry gravestones are a double handful of red marble gravestones for fallen Indian warriors. Steps in the right direction. But not nearly enough.

Scores of sites throughout America could display memorial statues commemorating events with succinct plaques: From this site in 17– or 18–, the Anishinaabe (or Comanche, or Alibamu) were removed to reservations in ——- after 50 (or 120, or 350) of their number were killed in a surprise attack by the U.S. soldiers, some of whom cut off breasts or scrota for use as trophies and tobacco pouches. Their lands were turned over to settlers, miners and railroad builders and the city/town of —— was built on their burial grounds.

Monday, when the nation’s war dead are remembered, when we are supposed to put aside political and ethnic divisions for a few moments of introspection, many of our politicians still won’t take a break from the lies – past and current lies – for which too many men and women went prematurely into the ground. Monday, for the eighth time and final time, Mister Bush will be stealing the rubric of patriotism, milking it for all the tears he can. Monday, we will hear from him and many another politicians plenty about liberty, freedom and sacrifice associated with American wars, but nothing about the plunder, rapine and imperial machinations associated with some of those wars, the Mexican War, the Philippines War, the Iraq War, and, of course, the Indian Wars.

Let me be crystal clear. I’m for moving ahead, for transcendence, Indians and non-Indians alike. We live in the 21st Century, and people alive now bear no responsibility and should carry no guilt for what was done more than a century or two ago.

But Monday is Memorial Day, memory day, and, just as we do not forget the men who froze at Valley Forge or took bullets at Fort Wagner or were blown up at Khe Sanh, there is no excuse for the nation to retreat into convenient amnesia and forget the deaths of those who resisted the theft and genocide led by leaders masquerading as divinely inspired messengers of freedom in the 18th and 19th centuries.

Until the nation remembers all its dead warriors, you’ll pardon me if my Memorial Day reverence is tempered with rage.