Will Native American women finally get equal protection under the law?

Right now Native American women on reservations are 3 times as likely to be raped as a white woman. Due to an insanely complex series of jurisdictional issues, limited law enforcement, minimal political will and racism, perpetrators of sexual assault and domestic violence against Native American women often commit their crimes with impunity, knowing they will likely never face prosecution. All of this was documented in sickening detail last year by Amnesty International’s report Maze of Injustice 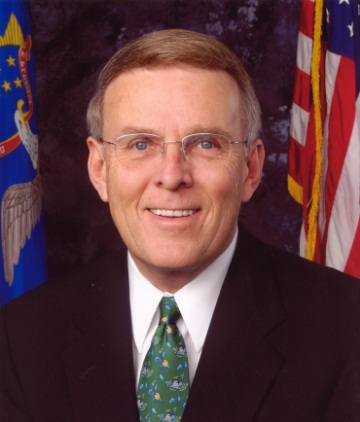 The legislation is designed to boost law enforcement efforts by providing tools to tribal justice officials to fight crime in their own communities, improving coordination between law enforcement agencies, and increasing accountability standards.

Will this legislation stop the violence?

The Tribal Law and Order Act has three primary goals:

First, it would make it easier for tribal police… to arrest non-Indians who commit federal crimes on tribal lands, including sexual assault. Second, it would increase the sentencing power of tribal courts by allowing them to put convicted tribal members behind bars for three years instead of one – and even send them to federal prison. Third, the bill would increase accountability for U.S. attorneys by requiring them to keep a record of every case on tribal lands they decline to prosecute.

Truthfully, to me, these sound like baby steps in the right direction. Allowing tribal police to arrest non-Indian perpetrators is a start… but how about letting tribal prosecutors actually be the ones to bring charges?

Georgia Little Shield, Director of Pretty Bird Woman House spoke about the importance of that final accountability plank for US attorneys with NPR:

“I sit with women who cry and are mad because the feds didn’t want to pick up the case. This bill, I think, would give women more of a right, that the prosecutor’s got to be more accountable for federal jurisdiction on these cases. And he’s going to have to be accountable for the cases he doesn’t prosecute,” Littleshield said.

Overall, the bill looks like a promising step forward. But the reality is that this is a journey of a thousand miles, and this is just one step. There is much more to do.

Props to the bills cosponsors: Senators Murkowski, Biden, Domenici, Baucus, Bingaman, Lieberman, Kyl, Johnson, Smith, Cantwell, Thune, Tester. Who the hell would have guessed I’d ever give props to Murkowski and Lieberman? To her credit, Murkowski has actually seemed to be somewhat proactive on these issues.

Hat tip to Pager from Daily Kos. I would have missed this without her.

Audio of the NPR story is right here.

How To Rape A Woman And Get Away With It

Pretty Bird Woman House: Raises Over $80,000 for a New House

Pretty Bird Woman House Update: YOU are buying THIS house!