Amnesty International conducted detailed research in three locations with different policing and judicial arrangements…: the Standing Rock Sioux Reservation in North and South Dakota, the State of Oklahoma and the State of Alaska.

Some of the data…suggests that a high number of perpetrators of sexual violence against American Indian and Alaska Native women are non-Indian…It appears that Indigenous women in the USA may be targeted for acts of violence and denied access to justice on the basis of their gender and Indigenous identity. 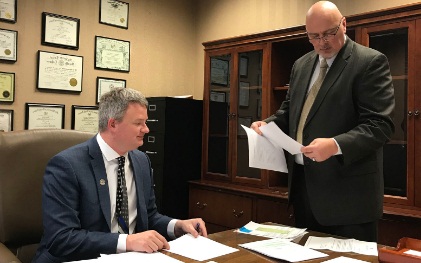 Now why did“the South Dakota attorney general and researchers at the University of South Dakota challenge(d) that conclusion?”

In support of Andy Ternay’s Sister’s House, “Mita Maske Ti Ki has been helping women and children escape from Domestic Violence and sexual assault in Sioux Falls and neighboring communities since 2000.”

They have lost their grant funding and face closure by September if they don’t get enough funding to continue to operate as a shelter. They need $11,000 by August 31st to operate through September.

The end goal is $35,000 by September 30th – three months of operating expenses as they apply for grant funding and get established out on their own.

“Are American Indians more often victims of crime than members of other ethnic and racial groups? Are most of the offenses committed against them committed by non-Indians, as opposed to members of their own group? Ever since the federal Bureau of Justice Statistics began issuing reports on this subject in 2000, the clear answer to both of those questions has seemed to be ”yes.”

Now the South Dakota attorney general and researchers at the University of South Dakota have challenged that conclusion, issuing a report that focuses on only one state but questions the Indian data nationally. Their challenge to the federal data is much too quick to dismiss the BJS findings.

Why did they challenge the facts?

Tribes and Native women’s groups have raised them before the Senate Committee on Indian Affairs in order to secure greater support for Indian country criminal justice initiatives.

I think it was in part to save money.

Whatever their specific motivations may be, this is the time to use the $750 million for tribal law enforcement and $250 million for American Indian health care services wisely, though it won’t bring back at least three indigenous generations from 3,406 women that are not in existence now as the result of the forced sterilizations of Indigenous Women.Here’s quite another uncomfortable thing to ponder.

According to a 1996 study by the Medical University of South Carolina, 32,101 pregnancies result from rape each year in the United States.

According to the National Women’s Study, approximately 5% of adult female rape victims become pregnant as a result of their assault, leading to 32,100 pregnancies a year among women 18 years of age or older. Approximately 50% of pregnant rape victims had an abortion, 6% put the child up for adoption, and 33% kept the child (the remaining pregnancies resulted in miscarriage).

I’ll share an expression I heard as a child in order to clarify to above point. I apologize up front for having to repeat it, but there is justification for doing so at the end. When I was 10, I heard an expression said in jest by another friend, it was “Custer’s bastard children.” Here’s an instance in which I think it may have originated.

The Cheyenne women were “transported” by an officer named Romero to the other officers once they were prisoners at Fort Cobb.

Custer “enjoyed one” every evening in the privacy of his tent. Presumably, he stopped raping the Cheyenne women when his wife arrived.

Custer’s wife, Elizabeth (Bacon), whom he married in 1864, lived to the age of ninety-one. The couple had no children. She was devoted to his memory, wrote three books about him, and when she died in 1933 was buried beside him at West Point.
Her Tenting on the Plains (1887) presents a charming picture of their stay in Texas. Custer’s headquarters building in Austin, the Blind Asylum, located on the “Little Campus” of the University of Texas, has been restored.

Ben Clack told Walter M. Camp: many of the squaws captured at Washita were used by the officers…Romero was put in charge of them and on the march Romero would send squaws around to the officers’ tents every night. [Clark] says Custer picked out a fine looking one and had her in his tent every night.”

This statement is more or less confirmed by Frederick Benteen, who in 1896 asserted that Custer selected Monahseetah/Meotzi from among the women prisoners and cohabited with her “during the winter and spring ao 1868 and ’69” until his wife arrived in the summer of 1869. Although Benteen’s assertions regarding Custer are not always to be trusted, his statements nonetheless conform entirely to those of the reliable Ben Clark and thus cannot be ignored.”

Individuals who have been sexually assaulted have also been noted to have increased risk for developing other mental health problems. Over those who have not been victimized, rape victims are:

• three times more likely to have a major depressive episode

What’s the difference in that denial to the children born of that rape?

When Their Worlds Fall Apart

Children conceived in rape and born into violence often suffer from social ostracism.

Answer to “What’s the difference?” Too close for an attorney general and researchers at any university, and one hundredths of an inch is too close. Furthermore, by using the high office of attorney general and the high position of scholarship to ignore and falsify evidence, they harm the children that are born out of rape as well.

Starting Something New. Following the Children Born of Rape Towards Human Rights Culture

Abstract: ‘War babies’ (Carpenter 2004), the children born as a result of wartime rape and sexual exploitation, are among the least visible of vulnerable children in warzones.

The reservations may not warzones, but they sure as hell are bad enough, having been concentration camps,which are much worse.

“Apartheid” is certainly a strong word. And certainly, there are recognized tribes in the U.S. that are now achieving certain levels of relative prosperity primarily due to federal law allowing them to operate casinos, But the data contained in this section as well as others in this report (see, e.g., Violence Against Women, The Right to the Highest Attainable Standard of Health) reflect what only can be described as a system of Apartheid on many Indian Reservations, where Indigenous people are warehoused in poverty and neglect. By purpose or effect, their only option is forced assimilation, the abandonment of their land, families, language and cultures in search of a better life.