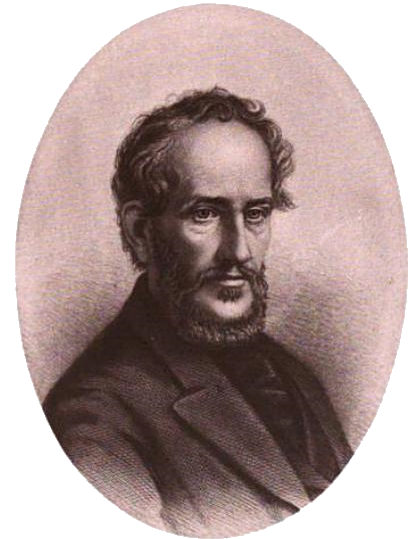 John Howard Payne, an actor, poet, playwright, and author, is probably best known for his song “Home Sweet Home” which he wrote in 1822. Following a successful theatrical career in London, he returned to the United States and spent some time with the Cherokee.

By 1835 the Cherokee Nation government had moved from Georgia to Tennessee because of the animosity of the State of Georgia toward Indians. Thus Payne found Ross, the Principal Chief of the Cherokee, in Tennessee. Arriving unannounced, Payne found Ross living in a one-room log hut which Payne would later describe as the “humblest dwelling in his nation.” Ross had been evicted from his fine Georgia plantation when the state had given the estate-land, house, crops, livestock, and furnishings-to a non-Indian.

Payne found that Ross did indeed have Hicks’ papers. Ross felt that the papers were sacred as they provided a window into the Cherokee past. Ross was unwilling to give Payne the papers, but offered him free access to them. In addition, Ross offered to let Payne stay with him in his humble cabin.

While Payne had intended to visit the Cherokee for only a short time, having access to an un-mined Cherokee history excited him. He accepted Ross’s hospitality and settled down for a long stay. For several days, Payne sat at the kitchen table in the small house, taking copious notes from the manuscript. He realized that he had before him an amazing story and one that he could tell to a larger audience.

In order to understand the Cherokee and their government better, Payne asked Ross if he could attend a meeting of the National Council. Ross, realizing that Payne could take the story of the Cherokee and their fight to remain in their homeland to a broad audience, agreed. Ross told Payne many stories about broken treaties, trickery, bribery, and the unsavory actions of both the state of Georgia and the federal government.

Payne was impressed with the regal ceremonialism of the council. The council members, dressed in their tunics and turbans, walked solemnly in two lines to the council meeting. He would later write that it reminded him of the “old scripture pictures of patriarchal procession.”

On Saturday evening, November 7, 1835, Payne was transcribing the last of Hicks’s Cherokee history with the help of John Ross when their work was interrupted with a commotion. The door was kicked in and the small cabin was invaded by two dozen armed men. One of them jammed a pistol into Payne’s chest and another one pointed a gun at John Ross. The invaders were members of the Georgia Guard and Ross wisely did not point out that they were in Tennessee.  The Georgia Guard placed both Ross and Payne under arrest.

Ross seemed unflustered by the intrusion as he had suffered this type of harassment before. Payne, on the other hand, unaccustomed to this type of treatment protested and was pistol-whipped. While Payne lay on the floor after his beating, the Guard took the house apart, looking for some kind of papers. Then Payne and Ross were mounted on horses and taken to Georgia.

During the ride, Payne noticed that the leader was humming “Home Sweet Home” and told the man that he had written the song. The leader seemed unimpressed by this.

In Georgia, Payne and Ross were jailed in a small, windowless log hut. Two days later, Wilson Young, the Guard member who had pistol-whipped Payne, came to the cabin bringing some books for Payne and a change of clothes for Ross. He seemed friendly and told Payne that he wanted to subscribe to the new magazine. Young told them that he had heard that Payne had been arrested for suspicion of being an abolitionist (a capital offense in Georgia at this time) and Ross had been accused of interfering with the government census of the Cherokee.

Ross and Payne were not allowed to leave the hut. They were harassed by the guards who forced them off the bunks and made them sit on the floor.

On November 14, John Ridge, a member of the Cherokee Treaty Party and a political adversary of John Ross, learned about the arrest. He rode quickly to the prison and harangued the colonel with threats of war and political backlash unless John Ross was released. Even though Ross and Ridge had strong differences of opinion regarding removal, Ridge understood that Ross was important to the Cherokee people and he did not want Ross to become a martyr by dying at the hands of the Georgia Guard.

Ross spoke to Payne as he was being released and told him to make it clear to the Georgians that he had not written anything about them. Three days later, Payne was also released.

He was incensed by the treatment that he and Ross had received at the hands of the Georgia Guard and he wrote a series of articles on it which was published by several newspapers. His copious notes on Cherokee history, however, were never published. His papers are currently in the Columbia University Libraries Archival Collections.