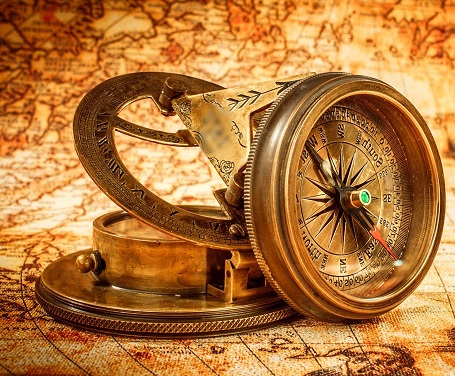 From a traditional American Indian perspective, words are living things which live on long after their sounds are spoken. In traditional ceremonial songs, words are repeated as a way of enhancing their spiritual power. Care must be taken to understand the symbolism and spirit behind the words when talking about Indians.

The word Indian is a misnomer created by a lost and confused Christopher Columbus who thought he was in or near India when he was not. He mistakenly referred to the inhabitants who greeted him as Indians (indios in Spanish) and more than five hundred years later the word is still used. Since it is common to refer to the aboriginal inhabitants of this continent as Indians, this term is used here even though it is a misnomer. In addition, the terms Native American, First Nations and aboriginal are used as interchangeable with Indian.

What do we call a group of Indians? In the early years of English exploration and colonization, groups of Indians were designated as nations and later, under the United States, they tended to be called tribes and bands. The idea of the tribe and the band brings forth the common stereotype of primitive people whose economy is based on hunting and gathering and who have not developed the land and therefore should not have title to it. For the United States it has been important to describe groups of Indians in ways that reduce their sovereignty and title to the land.

While anthropologists, geographers, and political scientists have definitions of what constitutes a nation as opposed to a tribe as opposed to a band, these terms are often used almost interchangeably. The concept of sovereignty is better expressed in the term nation, but many Indian people and their governments refer to themselves as tribes or bands.

Next, we have the problem of what to call non-Indians. Many people use the term white which implies that the difference between Indians and non-Indians is primarily racial. This racist viewpoint has guided and continues to guide United States governmental policies about Indians and about other peoples. What it does not take into account is that a racist world view was not originally an Indian view and has come about among Indian people only in the past century or so.

Non-Indians can be more accurately described as Europeans, Asians, or Africans since these indicate a group of cultural characteristics and world-views and imply that the differences are cultural. For the most part, it has been Europeans who have forced their religious values upon Native Americans and have actively suppressed and persecuted Indian ceremonies and spiritual beliefs.

The term Anglo is often used to refer to English-speaking Europeans. People familiar with the cultures and history of the American southwest will probably feel at home with this term, but it may sound a little strange to those whose interests are in other parts of the country.

In my writings and lectures, I will often use the term American to refer to the European, and primarily Anglo, people in the United States. American culture is a distinct European sub-culture. Some of the characteristics of American culture include the English language, Christianity, and an obsession with private property. The United States government has continually attempted to assimilate Indians into American culture by requiring them to speak English, become Christian, and give up their notions of communal ownership of property.

The words settle and settlers are often used to describe non-Indians as if Indians did not settle down, but wandered as nomads. These words when used in this way imply an ignorance of Native American history. Indians settled this continent long before the Europeans arrived here. Indian people lived in villages, towns, and even cities. They fed themselves through well-developed agriculture which included irrigation. To imply or state otherwise is to ignore reality.

New World is another misnomer as it ignores the fact that the Americas had been inhabited for thousands of years before Columbus. In fact, the term America, a European name given to this continent, also implies that there was nothing here before the Europeans. Yet, five centuries later, both of these terms are in common use and everyone understands what they mean. While there are some Indian people who refer to this area as Turtle Island in reference to one of their creation stories, not all Indian people see or talk about the land in this way.

From an Indian perspective, this continent is an old world which had been explored and developed for thousands of years before the coming of the European explorers. While native people had already named the rivers, the mountains, the bays, and the other geographic features of this continent, the European map makers gave new names to these things thus adding to the illusion that they were unknown before the Europeans arrived.

Under European law Indians are given certain rights to the land because of their occupancy, but non-Indians are given superior rights because of discovery. In reality, the Europeans discovered nothing. Historian James Loewen, in his book Lies My Teacher Told Me: Everything Your American History Textbook Got Wrong, asks:

“how can one person discover what another already knows and owns?”

The European explorers simply followed their Native American guides along well-known routes. The so-called “trail-blazers” followed traditional trails and often called these trails roads which were often marked with piles of stone.

It is not possible to talk about Indians in the United States today without reference to reservations. Most Americans are aware that as the European population expanded across the continent Indians were confined to “reserved” areas which were set aside for exclusive Indian use for “as long as the grasses grow and the rivers flow” or until Congress changes its mind. In talking about reservations and their importance to Indian people, it is important to remember: