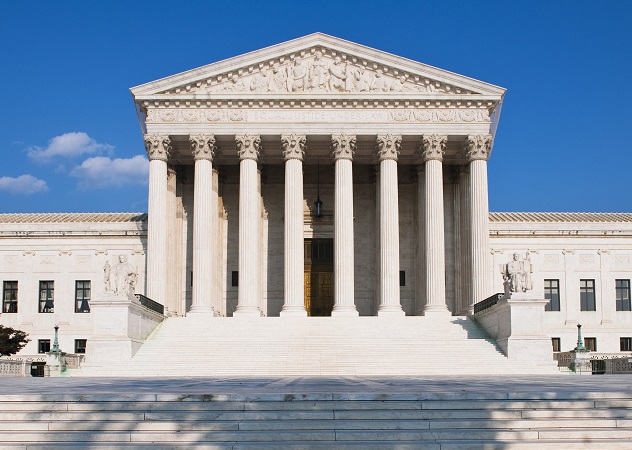 One of the central themes of United States policies with regard to American Indians is the need to convert them to Christianity and to repress traditional Indian practices. While many Indians have been jailed for practicing traditional religions, it is interesting to note that one of the landmark Supreme Court cases in Indian law stemmed from the arrest of Christian missionaries among the Cherokees. The missionaries were not arrested by tribal authorities, but by the state of Georgia.

The Georgia Guard, a paramilitary group created specifically to impose Georgia law on the Cherokee, invaded the Cherokee capital of New Echota and arrested several non-Indians, including missionaries. The missionaries were soon released because they served as postmasters at their missions, and were, therefore, federal agents and not subject to the laws of Georgia. One of the missionaries who was arrested and then released is Samuel A. Worcester, whose friendship with Elias Boudinot (also known as Buck Wati, or Galagina), the editor of the Cherokee Phoenix, had earned him many enemies in Georgia.

Worcester was arrested again after he returned to New Echota to be with his sick wife. Along with ten other non-Indian missionaries, Worcester was tried for violating Georgia law, quickly found guilty, and sentenced to four years of hard labor.

The eleven missionaries were chained together and forced to march to prison. In spite of their religious principles which forbade travel on Sunday, they were forced to march on Sunday and were refused religious services. When they reached the prison at Milledgeville, the eleven were offered a pardon in exchange for taking an oath to sustain the efforts of Georgia against the Cherokee or to abandon their missionary efforts and leave the state. Nine of the men took the pardon. Samuel Worcester and Elizur Butler did not. In her book Althea Bass Cherokee Messenger,describes the attempt to have these two men agree to the pardon:

“For hours the two men were urged to accept the terms accepted, for the sake of expediency or necessity, by the others; and at intervals the gate of the prison was opened and closed again, grating on its iron hinges with a sound intended to produce terror in the hearts of the listeners.”

In spite of having a sick wife at home, Worcester maintained his support for the Cherokees and was assigned to prison labor. Prior to his arrest, the American Board of Commissioners for Foreign Missions had written to Worcester, telling him that if he were to be arrested and imprisoned this would rouse the whole country. According to the Board:

“You would not only benefit the Cherokees, but your case would be known through the civilized world. You would do good to the poor and oppressed everywhere.”

The missionaries appealed their conviction. This became the vehicle for bringing a test case to the Supreme Court.

The case of the missionaries reached the U.S. Supreme Court in 1832. In Worcester versus Georgia, the Supreme Court decision written by Chief Justice Marshall, maintained that the Cherokee were a nation separate from the jurisdiction of the state. In his book In the Courts of the Conqueror: The 10 Worst Indian Law Cases Ever Decided, attorney Walter Echo-Hawk reports:

“Rejecting the South’s dark version of Indian law, the Marshall Court ruled that Georgia had no right to tread on the sovereignty of the Cherokee Nation or to take its land.”

The Court described Indian nations in the same sense as all other nations of the earth. According to Chief Justice Marshall:

“The Cherokee nation, then, is a distinct community, occupying its own territory, with boun­daries accurately described, in which the laws of Georgia can have no force, and which the citizens of Georgia have no right to enter, but with the assent of the Cherokees themselves, or in conformity with treaties, and with the acts of Congress.”

Marshall also stated that the Georgia was “repugnant to the Constitution, laws, and treaties of the United States.” Chief Justice Marshall wrote that

“the settled doctrine of the law of nations is, that a weaker power does not surrender its independence—its right to self-government, by associating with a stronger and taking its protection.”

“was that of a nation claiming and receiving the protection of one more powerful, not that of individuals abandoning their national character, and submitting as subjects to the laws of a master.”

In summarizing Marshall’s view of Indian relations within the United States, in his book American Indians and the Law, law professor Bruce Duthu writes:

“The exercise of the power of self-government by the Indians within a State, is undoubtedly contemplated to be temporary.”

The Cherokees were elated by the decision. Elias Boudinot wrote to Stand Watie:

“It is a great triumph on the part of the Cherokees so far as the question of their rights were concerned. The question is forever settled as to who is right & who is wrong.”

While the power of law seems to be in favor of Cherokee sovereignty, the political reality is quite different. In his book Native American Tribalism: Indian Survivals and Renewals, D’Arcy McNickle points out:

“Unfortunately for the Cherokees, the executive branch of the government was not obliged, or interpreted to oblige, to uphold the decision of the Court.”

Althea Bass puts it this way:

“The supremacy of the Supreme Court, it appeared, was not a matter for the President’s concern.”

Attorney Mark Scherer, in an article in Chronicles of Oklahoma, writes:

“With President Andrew Jackson’s implicit indulgence, the state of Georgia effectively annulled both the letter and the spirit of the Court’s decision.”

Ignoring the ruling of the Court, Georgia refused to release Worcester and the other missionaries from prison.