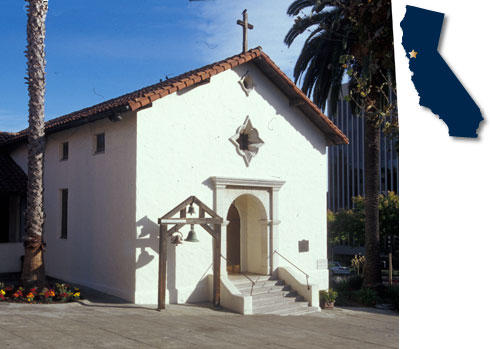 The early nineteenth century was a period in which American Indians came into contact with non-Indian explorers and missionaries.

Unlike the early explorers who simply passed through Indian territories and having relatively brief encounters with the Indians themselves (including sexual encounters), the missionaries came with the idea of actually living among the Indians. They often came with their families. Some actually learned the Indian languages. In his book Bringing Indians to the Book, Albert Furtwangler reports:

“A few paid close attention to local customs and beliefs, and then had to cope with some resulting shocks Many hardened in their attitudes and abandoned mission work, or escaped either to another part of the world or into a secluded corner for reading and writing.”

With regard to learning about Indian concepts of spirituality, Albert Furtwangler writes:

“Needless to say the ministers had no admiration for native beliefs and rituals. If they studied them, it was only to confute them or find some clue or concept by which Christian teachings could be introduced or take their place.”

There were immense cultural differences between the missionaries and the Indians. Albert Furtwangler reports:

“They viewed Indians as deficient souls at best, in need of instruction, discipline, and providential illumination if they were to escape eternal damnation.”

With regard to the missionaries, Religion professor Martin Marty, in his forward to American Indians and Christian Missions: Studies in Cultural Conflict, writes:

“Their Bible told them to claim dominion over the created world and to get other peoples, the ‘heathen,’ to convert and yield to the will of the already-saved. Given such impulses, they usually saw little incompatibility between the ideas of saving and enslaving the Indians.”

In their book Renegade Tribe: The Palouse Indians and the Invasion of the Inland Pacific Northwest,  Clifford Trafzer and Richard Scheuerman write:

“Many whites considered Indian culture backward, indeed, savage, and the missionaries worked to destroy those elements of Indian society which they considered to be primitive, replacing them with the Christian, white culture of nineteenth century America.”

Briefly described below are some of the missionary activities of 1817.

In Michigan, the Ottawa, Chippewa, and Potawatomi ceded a tract of land to the Catholic Church and to Detroit College.

In Tennessee, the American Board of Commissioners for Foreign Missions established the Brainerd Mission among the Cherokee. When the school opened, Major Ridge (an important Cherokee leader) enrolled two of his children, Nancy and John.

In Georgia, the Baptists established a mission among the Cherokee.

In Mississippi, the American Board of Indian Missions established a mission station among the Choctaw and sent a Presbyterian missionary to Christianize the “pagan aborigines.”

In Connecticut, the American Board of Commissioners for Foreign Missions established the Foreign Mission School at Cornwall to provide an education for young men from “heathen” nations.