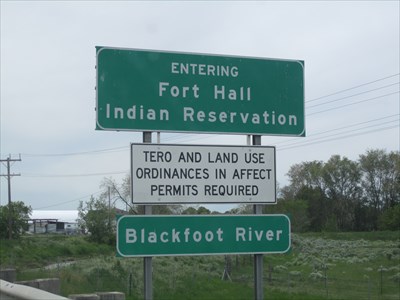 During the nineteenth century, most government officials, missionaries, and social scientists had assumed that American Indians were a vanishing and vanquished people who would be gone by the twentieth century. It was assumed that reservations were to be temporary concentration camps to hold Indians as they either died off or fully assimilated into American culture. As a part of the assimilation efforts, the American government not only supported the activities of some Christian—primarily Protestant—missionary groups and actively worked to suppress Indian religions. At the beginning of the twentieth century, American Indian religions were illegal and those participating in Indian ceremonies could be jailed without the benefit of a trial.

The Fort Hall Reservation in Idaho, created in 1869 for various Shoshone and Bannock tribes, continued to attract Christian missionary groups in the early twentieth century. With regard to Native religions, the reservation’s Indian agents were concerned with suppressing the Sun Dance and other ceremonials, and the pan-Indian religious movement known as the Native American Church. Suppression of the Native American Church was, and still is, based on the assumption that peyote, a cactus used as a sacrament in Native American Church ceremonies, is somehow harmful to Indians.

In 1900, the Episcopal Church took over the property of the Connecticut Indian Association on the Shoshone and Bannock Fort Hall Reservation. The church requested and received 160 acres of land.

In 1901, the Presbyterian Church was granted 160 acres on the Fort Hall Reservation. A new church building and living quarters were constructed on the property.

In 1908, the Episcopal Church requested a patent in fee for 160 acres of land on the Fort Hall Reservation which had been granted to them provisionally by the Shoshone and Bannock. Brigham Madsen reports:

“The order was approved without getting the consent of the Indians who very much opposed the change.”

In 1902, the Indian agent for the Fort Hall Reservation ordered the arrest of all Shoshone and Bannock medicine men who held healing ceremonies.

For many of the Indian nations of the Great Plains, Plateau, and Great Basin culture areas, the Sun Dance had been the central ceremony and often served as a unifying force to bring together the various hunting bands. While the actual ceremony and the frequency with which it was traditionally conducted varied among the tribes, there are several basic themes that are associated with the Sun Dance: (1) seasonal renewal, growth, and replenishment, and (2) the acquisition of spiritual power. Much of the government effort in suppressing Native religions in the nineteenth and early twentieth century was focused on this ancient ceremony.

The medicine man Bear sponsored a Sun Dance among the Shoshone-Bannock on the Fort Hall Reservation in 1901. Bear had failed to cure a woman because his powers had not been adequate and subsequently dreamed that he was to sponsor this dance. Bear had attended Sun Dances on the Wind River Reservation in Wyoming.

In 1908, the Indian agent for the Fort Hall Reservation ordered the Shoshone and Bannock to stop their Sun Dance. He was concerned that it promoted immoral activities. Community leaders responded to the ban by sending a delegation to Washington, D.C. with a protest letter.

In 1916, the Shoshone and Bannock once again attempted to hold a Sun Dance off the reservation. Indian police from the Fort Hall Reservation tore down the Sun Dance structure, cut up the poles, and confined seven of the ceremonial leaders to jail for ten days. There was, of course, no trial.

In 1926, the Shoshone and Bannock of the Fort Hall Reservation received permission to revive the Sun Dance. According to Brigham Madsen:

“It was true that some of the self-torture aspects had been eliminated, with the result being a kind of medicine dance, but it was held for the traditional three days.”

The Native American Church arose in the late nineteenth century as a pan-Indian religious movement. It incorporates many Christian elements as well as Indian elements. The difficulty that the church encounters is that it uses peyote as a sacrament. Since peyote is considered to be a hallucinogenic drug it is illegal under America’s war against drugs. Thus, those who attend the church services are sometimes subject to harassment by law enforcement as well as the possibility of arrest. The Native American Church is the only church in the United States whose membership is restricted by law to racial criteria.

In 1915, the Shoshone on the Fort Hall Reservation began to become involved with the Native American Church and the use of peyote as a sacrament. Sam Lone Bear (Sioux) was one of the proselytizers for the peyote religion.

In 1920, the peyote religion was brought to the Shoshone and Bannock of the Fort Hall Reservation by Shoshone spiritual leader Jack Edmo and by Sioux spiritual leader Cactus Pete. The new religion rapidly spread across the reservation and alarmed agency officials. Jack Edmo had first encountered peyote at the Pine Ridge Reservation in South Dakota during his summer travels. He soon began leading regular Saturday night peyote meetings. The Indian agent arrested Jack Edmo and others as he viewed peyote meetings as a form of immorality. He then contacted the Commissioner of Indian Affairs to see if he was authorized to try them for violating Indian Office Regulations against the practices of medicine men.

In 1921, the Indian agent for the Fort Hall Reservation, having been informed by the Commissioner of Indian Affairs that the use of peyote and peyote meetings were in violation of Indian Office Regulations, posted a notice informing the Shoshone and Bannock that the introduction, use, or possession of peyote was illegal.