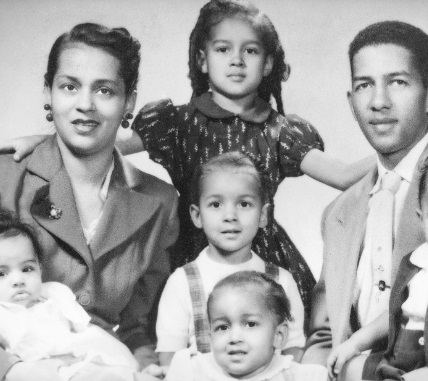 As was discussed in ‘Mixed Blood Natives-The Silence of Indian Country’ (Part-1),

Quanah Parker as a mixed blood Native made the decision to leave one culture and enter into another culture.

The story of the Cherokee, Chickasaw, Choctaw, Creek and Seminloe has a similar theme as well. The Cherokee culture was steeped deeply into the great Meso-American pyramid temple cities as early as 800 A.D. When the Olmecs, Toltecs, Mayans and Aztecs were moving from North to into the South deep into Mexico and Central America, they quickly absorbed and embraced building their own great pyramid temple spiritual cities they had observed and seen in the great Cherokee cities of the Southeast.

The Cherokee started having intergenerational marriage and ‘sexual relationships with the Europeans in the early 1700’s. Many Cherokee bands and families were quick to see the economic benefits of having trade, land and business dealings with Europeans. In a sense this could be viewed as a classic Cherokee version of the ‘hang around the fort Indians’. However this story was not true for the majority of mixed blood Cherokee people of that time!

For the the upper class elite of mixed blood Cherokee of the late 1700s and early 1800s, it was not uncommon for them to have extensive plantations, a lavish life-style that would have not been uncommon in London or Paris and a sizable work force of African slaves. Many well to do mixed blood Cherokee were highly educated in New York, Washington D.C. or even London.

The traditional mixed blood Cherokee lived along the side of their full blood cousins in the pre-1830’s in large rural wilderness areas that were isolated communities of families and bands in vast tracks of land through out the greater Southeast of the U.S.

Even during the days of post Contact, while the Europeans were eco-raping the land, extensive outreach by the missionaries to convert out People by force and the Federals in league with newly established State of Georgia authorities were to use brutal and ruthless tactics to remove remove the Real People from our lands with the discovery of gold, both mixed and full blood Cherokee people still retained an amazing amount of sovereignty and autonomy because they knew both spiritually and culturally they were the Creator’s original Holy People.

The Indian Killer Jackson enforced the new Indian Removal Act at the heart land of our Great Cherokee Nation in the mid and late 1830s. Bluecoat soldiers started first with the Cherokee in the new policy or ethnic cleansing, relocation and the reservation system. So began ‘Our Trail of Our Tears. where 20,000 Cherokee were relocated to Indian Territory. No one was spared! Not full or mixed bloods or even the bourgeoisie Cherokee were spared from Jackson’s vision of hell to kill our People!

However, large pockets of both mixed and full blood Cherokee families and bands did manage to escape and offer a sizable resistance coming from Cherokee country. My own family, the Raccoon Eyes were one such family. My Great, great, great, Grandmother- Polly Raccoon Eyes was born in 1714 in Rowan County, North Carolina, she was a full blood woman of the Eastern Band. When Polly was 12 years of age she was a domestic to the Newsome family. In the year 1726, Polly and the Newsome family walked some 400 miles from North Carolina to our family village in Southeast Kentucky.

They would eventually settle in the high hills and river country at a location called Sooky’s Creek. Sooky’s Creek was our old historical family village and it had old burial mounds of our Cherokee ancestors dating back so 4,000 years. It was the homeland of the Raccoon Eyes band. Elder Newsome a white Englishman would leave his wife and family to join Polly as his common law wife. From the time she was 18 years of age and older, Polly would bear some 12 sons and daughter in their union.

The mixed blood Cherokee were killing high numbers of Bluecoat soldiers in Southeast Kentucky. However bullets were running low for the long rifles, hunger and starvation were abundant and the hard brutal winters were taking it’s toll on the children, women and Elders in the campaign against the Bluecoats and their allies.

The mixed and full blood elders and ancestors had to make the decision to surrender and turn themselves in so they could survive as a People! They were forced to take missionary surname, embrace a alien Deity and the most hideous of act all… to have forced sexual relations with the white conquerors. The ultimate goal and reason our Cherokee men and women did this for was to keep lightening and lightening our skin color until we could ‘pass for white’. It was the only way as the Real Cherokee People could survive and not become victims of more ethnic cleansing.

Until a generation of fair-skinned, Blue-eyed Cherokee was created! It was the most painful and heart-breaking decisions that our Elders made at the time! BUT WHAT ELSE COULD THEY HAVE DONE?? But we have fulfilled their dream to be alive and celebrate our survival as a People.

I honor and give thanks to my Elder’s decisions to let the Raccoon Eyes family to continue to live and exist! And their are hundreds of thousands of we mixed blood Cherokee people alive today to tell our stories and celebrate that we the REAL PEOPLE are still here! We are just as a part of the history of Indian Country as any other Native people! I always celebrate Native folks who look like us.

Cousins, I tell it was the best decision I ever made. To reclaim my Culture, my Spirituality and most importantly my….life!

We can no longer afford as mixed blood People of Turtle Island to sit in silence and ignorance of the reality of who we are as true Native People! We can no longer sit back and attack ourselves, beat ourselves up and pound ourselves for crimes we have NEVER committed. It now time to view we mixed blood Native People, with good self-esteem, good self-worth and good self value. For this was the Creator’s plan!

Remember all WE Native People are the Creator’s Holy People!

Wado and A-ho my Brothers and Sisters,