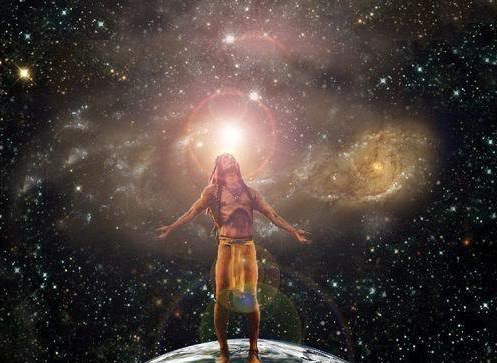 CHEROKEE SPIRITUALITY AND THE CALL FOR CREATOR’S WORLD RENEWAL MEDICINE

As an Traditional but urban born and raised Cherokee, I put the out spiritual call that it is soon time for the Creator’s World Renewal Medicine cycles to begin soon.

It is time for the People’s Nation to starting walking down the Good Red Road, and reconnecting with OUR own indigenous belief and value system. It now the time to reconnect ourselves to Creator and our unique World Renewal Medicine.

Now is the time to stand up errect like true Native men and women, that we as the Cherokee/Real People no longer have the luxury to be disconnected from our culture, language, history and most importantly ,our spiritual and belief value system.

As a Cherokee Advocate for more Human and Civil Rights for Indian Country, I have only one driving principal: “We stand before the banner of our People, so our People may live!”

Many Cherokee today have no idea or concept of who we are as a People. It is frustrating that we as Cherokee individuals and families have been disconnected from our living history as a People.

In Creator’s eyes, just the fact you are a Cherokee person, you still an extension of that history, even today. We have always been and always shall be what we are –Creator’s Holy People.

To discover your Cherokee self is a slow, daily process of reconnecting yourself to the Creator and our unique spiritual belief and value system.

The fact that you as a Cherokee Native descendant has survived in these so-called Conquered Native lands that is now called the United States, is both a tribute and celebration to Ancestors and Families quest to survive,regardless of the bloodshed and genocide.

We Cherokee have an expression, ” With no tears in our eyes, we look boldly

ahead to the future as a People!”

In our long road from our Meso-American days, through ‘Our Trail of Tears’, to our forced flight to the concrete, urban cities of Turle Island, we as a People have had a remarkable ability to reinvent ourselves as a People.

Now the real question remains, as Creator’s Holy People, where are we headed?

Remember that since Sacred Time, Creation Time, First Man and First Woman Time, Creator made all generations of Cherokee from the past to the present and into the future as a Holy People.

Our forefathers were from the stars in effect we are the descendants of star children. Look at our proud Cherokee nation flag, there are 7 stars and and one of them is with 7 points. Our original Ancestors in the oral traditions stated we came the star systen that is called Pleiades

In our culture , we lovingly call the seven stars ‘The Boys’. Our Ancestors have stated that the Original Cherokee people came in ‘flying machines from Pleiades.

The Ancient Ones tell in our stories that the Cherokee came in massives waves of migrations to populate north South America, the Caribbean, Central America, MExico and the greater Southeast of the United States before pre-Contac tmes.

We as a People in the old days of Meso-America built the great pyramid temple cities, our Culture and influence connected North, Central and South America together.

We as a Native people have a strong and vibrant history of being peace-keepers, diplomats, negotiators and mediators.

Our approach to Cherokee politics has held our Nation together.

Our common sense approach and how we framed our Traditional way of doing politics has both inspired and motivated other Native nations, the Europeans and the Americans to follow suit.

The Cherokee have demostrated our amazing influence and impact on the Americas based on our own unique spiritual and belief system.

We as Cherokee families and individuals must learn to tear away the images and sterotypes that mainstram society has placed upon us.

We can no longer attack, punish,or beat up ourselves for crimes we have never committed.

We must start to view ourselves with good self-esteem, self-worth, and self value.

For as Creator’s original Holy People,this was the Creator’s plan.

As Rolling Thunder, Cherokee doctor and activist once stated about the presence of the Cherokee upon the Americas:

“WE WERE HERE WHEN THIS EARTH WAS YOUNG. IT SHOOK WHEN WE WALKED ON IT. THAT’S HOW ANCIENT WE ARE ON THIS LAND.”