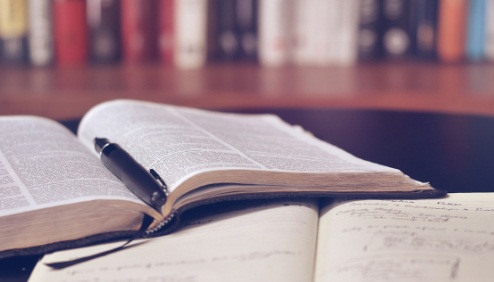 Since the early days of the European invasion of the North American continent there has been a great deal of effort and concern expended regarding the education of American Indians: education that would teach them European ways and help strip them of any vestiges of Native American culture. A number of well-known educational institutions, such as Harvard University, actually have their roots in Indian education.

In this diary I would like to examine some of the efforts of the English colonists to provide a European-style education for American Indians. Much of this education focused on the training of Indian missionaries and ministers.

Harvard College was established in 1650 to provide education for both English and Indian youth. Five years later, a large Indian college was constructed on the Harvard campus. In 1665, the first Indian graduated from Harvard: Caleb Cheeshateaumuck, an Algonquian from Martha’s Vineyard. He was considered an outstanding scholar who could read, write, and speak not only English, but also Latin and Greek.

Harvard was not particularly successful in attracting American Indian scholars. By 1677, the large Indian college on the Harvard campus housed only the Cambridge Press. The press was originally imported to print Indian bibles in order to save Indian souls. In 1677, however, the press was used for printing the colonists’ narratives of the King Philip’s War, which most often painted an unsympathetic view of Indians. While earlier English writers had emphasized the potential for converting the Indians to Christianity, after King Philip’s War, Indians were described as irredeemable monsters.

In 1698, Harvard University pulled down the Indian College building and used the bricks to build Stoughton College. In its short history, few Indian scholars had attended Harvard.

Other efforts in higher education can be seen in Virginia. In 1693, the College of William and Mary was established by royal charter in Williamsburg, Virginia. The new college was dedicated in part to the Christianization of Indians. Its charter envisioned students graduating from the school of philosophy, then going on to the school of divinity where they would become ordained as missionaries for the Church of England. Seven years later, the College opened an Indian school with financial support from the estate of Sir Robert Boyle. When Sir Robert had died in 1691, his estate provided money for the education of the Indians of Virginia.

One of the other notable attempts at educating Indian youth was Moor’s Indian Charity School. This school was founded in 1754 by Eleazar Wheelock in Lebanon, Connecticut with a benefaction from Joshua Moor. Wheelock feels that Indian missionaries can be supported for about half the cost of English missionaries; they speak the Indian language; and they are accustomed to Indian lifestyles. Wheelock writes: “Indian missionaries may be supposed better to understand the tempers and customs of Indians, and more readily conform to them in a thousand things than the English can; and in things wherein the nonconformity of the English may cause disgust, and be construed as the fruit of pride, and an evidence and expression of their scorn and disrespect.”

The Indian boys who attended the school were separated from their own culture and were given a classical education in Latin and Greek. By the British standards of the time, Moor’s School was an outright success

Indian boys were required to work on the school’s farm half of the day-a task classified as “husbandry”. However, most of the Indian students showed little interest in farm chores.

Indian girls attended academic classes only one day a week. The rest of the time they were delegated to non-Indian households where they worked as servants (some would say that they were slaves). Like their female English counterparts in New England, they were taught subjects that would assist their husbands’ needs because Wheelock remained convinced that their presence augured well for future wifely companionship for the Indian missionary husbands.

Three young Mohawk men – Joseph Brant, Negyes, and Center – were sent to Moor’s Charity School in 1761. All of the Mohawk kept their horses ready so that they could flee back to their own country. Center and Negyes soon returned home, but Brant stayed on to improve his written Mohawk and to learn spoken and written English. Joseph Brant, whose Mohawk name was Thayendenegea, was the son of Aroghyiadecker (Nickus Brant), the grandson of Sagayeenquarashtow (one of the sachems who visited Queen Anne’s court at the beginning of the century), and the brother of Molly Brant, the consort of Sir William Johnson, the British Indian superintendent.

Mohawk Joseph Brant returned home from school in 1763 at the request of his sister Molly. According to Indian accounts, Molly was upset because her brother was required to do work in the garden. Among the Mohawk and other tribes, working in the garden was considered to be women’s work.

In 1768, Moor’s Indian Charity School closed. About 50 Indian students had studied at the school and 15 had returned to their homes as missionaries, schoolmasters, or assistants to non-Indian ministers.